It was the Wonder Woman night for Hrithik Roshan and Sussanne Khan....Check out all pics here!

Hrithik Roshan is quite a family man that way. Every now and then, he makes sure to take his kids out on movies, dinners and adventurous vacations; even if the plan includes his ex wife Sussanne Khan. In fact, both Hrithik and Sussanne, who got divorced in 2014, have mutually decided to never deprive their kids of family love and continue to be the best parents ever. So it comes as no surprise that last night too Hrithik and Sussanne came together for a movie outing with their kids Hrehaan and Hridhaan. Yes....The Roshans stepped out to watch this week's Hollywood's biggest release - Wonder Woman. Also Read - Trending Entertainment News Today: Anil Kapoor answers when will Salman Khan get married; Janhvi Kapoor says 'I Love You' to wish Akshat Rajan on his birthday

Although Hrithik hasn't taken up to Twitter to tweet his review of the film as yet but we're sure he must have enjoyed the film as much as the whole world is raving about it right now. BollywoodLife's movie critic too gushed about the film stating, "Wonder Woman ‘the film’ is to DCEU what Wonder Woman ‘the superhero’ was to Batman and Superman in the climax of Batman v Superman: Dawn Of Justice, ‘The Saviour’. The film works for its performances from its lead cast and mainly for the godly Gal Gadot. Hats off to the director Patty Jenkins for showcasing an untapped side to a superhero genre. The film will make you laugh, cheer, excited and will eventually leave a lump in your throat. If not for anything watch it just for Gal Gadot. She indeed is a ‘Wonder’ Woman. This one just saved the sinking ship of DCEU. Highly recommended!" Also Read - Hrithik Roshan posts a cute pic with mom Pinky Roshan but fans are obsessing over his 'seelan waali deewar' – see reactions

Here, check out Hrithik and Sussanne's pictures from the 'Wonder Woman' movie date below: Also Read - 10 of the most talked about Bollywood celeb link-ups that startled everyone 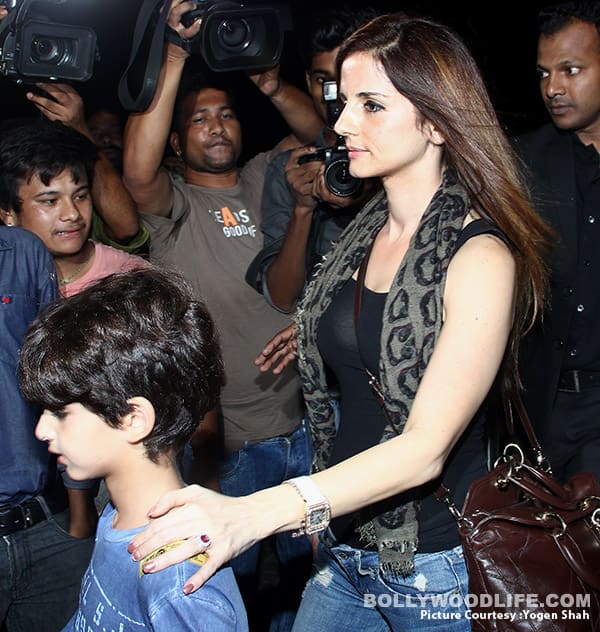 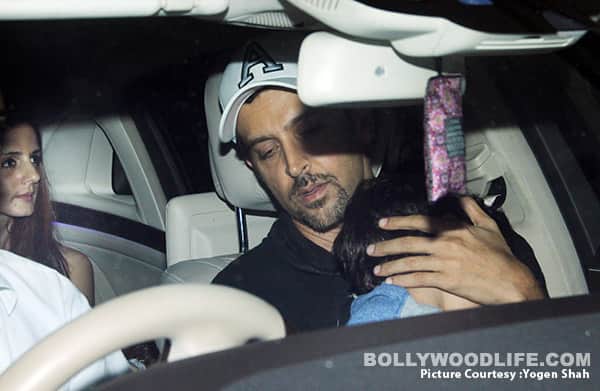 Look how one of the kids dozed off by the end of the film and Hrithik being his loving self carried him in his arms... 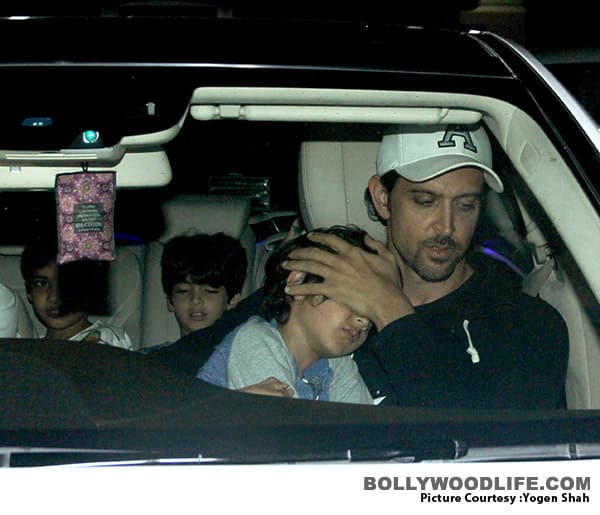 While reports suggest Hrithik has bought a new apartment for Sussanne nearby his house, just so that they get closer. We wonder what turn will this relationship take hereafter. Keep watching this space for more updates.