Hrithik Roshan gets papped with Saba Azad and her ex-boyfriend Imaad Shah; but all that netizens can spot is a bald patch

As Hrithik Roshan and Saba Azad got papped outside the restaurant after bidding goodbye to Imaad Shah, netizens couldn't help but notice the bald patch on Hrithik's head. 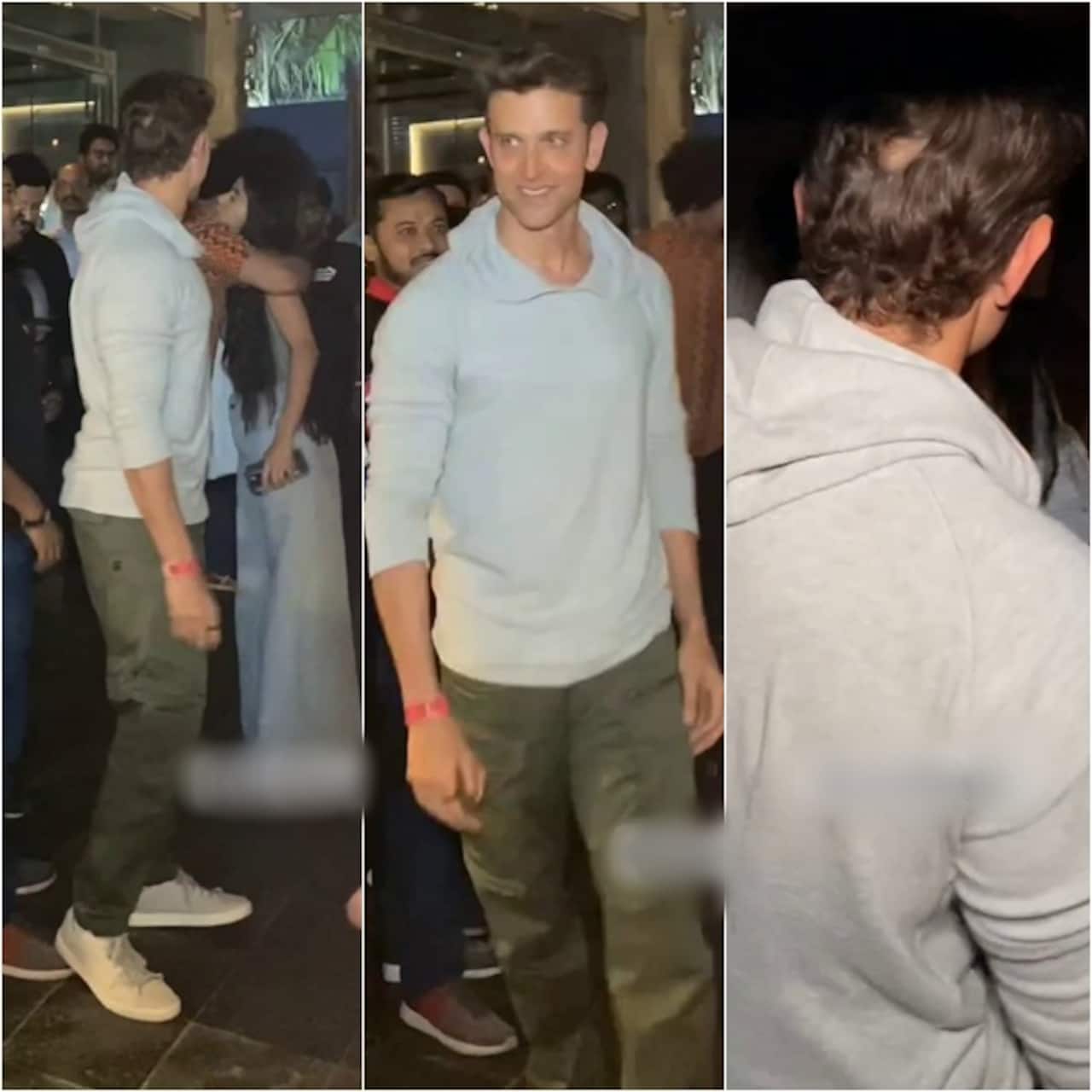 Years after his divorce with Sussanne Khan, Hrithik Roshan has finally found love again in Saba Azad and the lovebirds have been painting the town red with their whirlwind romance. The two recently stepped out on a dinner date and coincidentally Saba's ex boyfriend Imaad Shah was also there to accompany them. As Hrithik and Saba got papped outside the restaurant, netizens couldn't help but notice the bald patch on Hrithik's head. Also Read - Entertainment News Wrap: RRR, The Kashmir Files, Kantara, Gangubai Kathiawadi make it to Oscars 2023; Ant-Man And The Wasp Quantumania new trailer out [Watch Video]

In a video posted by a paparazzi, Hrithik was seen sharing warm greetings with Imaad Shah, who has dated his girlfriend Saba in the past. Saba was seen bidding goodbye to Imaad after enjoying the evening. Imaad is now Saba's good friend and they often collaborate for their musical projects. Hrithik is also pretty comfortable and secure with their friendship. Also Read - Hrithik Roshan Birthday: Overcoming limitations, battling stammer issues, depression and more; know Bollywood's Greek God's inspiring story [Watch Video]

As Hrithik and Saba stepped out of the restaurant and headed towards their car, netizens noticed a bald patch in the actor's head and started making fun of it on social media. One of his fan showed concern and commented, "Sir ji lag to rha peeche sir ke ,... Alopecia sry to say ds u r my favrt n i have illaaaj too mazak se hatke." Also Read - Hrithik Roshan REVEALS details about Fighter and Krrish 4; gives the perfect birthday return gift to fans

A few people were also irked by Hrithik pushing his fan away after he approached him for a selfie. "So he’s losing his hair from back and he giving that fan attitude by pushing him? Respect gone down Hrithik!" one user commented. Another one wrote, "What is this behaviour @hrithikroshan sir…Wo pyar se selfi k liyee request karr rahaa thaa….Bhuloo matt inhii logo ki wajah se tum log itnee sirr chadhee huyee ho."

In the world where people are becoming more and more considerate about women, normalising their issues and talking about body positivity, it is a sad state of affairs that men are still being pulled up for their appearances and expect them to be perfect in every aspect of their lives.

Hrithik and Saba were first spotted together in February when the two stepped out for dinner. Putting all rumours to rest, the two were seen holding hands as they walked into Karan Johar's 50th birthday party and made their relationship official. The two also celebrated their first Diwali together.

On the work front, Hrithik had recently gone to Assam's Tezpur for the shooting of his upcoming movie Fighter, directed by Siddharth Anand. Hrithik plays the role of an Air Force pilot in in the film, for which he will train and shoot at the military air base in Salonibari under the supervision of military officers.

It has been learnt that Hrithik will be seen in a state-of-the-art Sukhoi 30 fighter jet in film, the shoot for which will commence on November 18. The movie will mark the first ever on-screen collaboration of Deepika Padukone and Hrithik Roshan and the actor's third collaboration with director Siddharth Anand after Bang Bang and War. The makers of the film are eyeing for the January 25, 2024 release of the film in theatres.