Hrithik Roshan is totally in awe of Katrina Kaif and here's proof.... 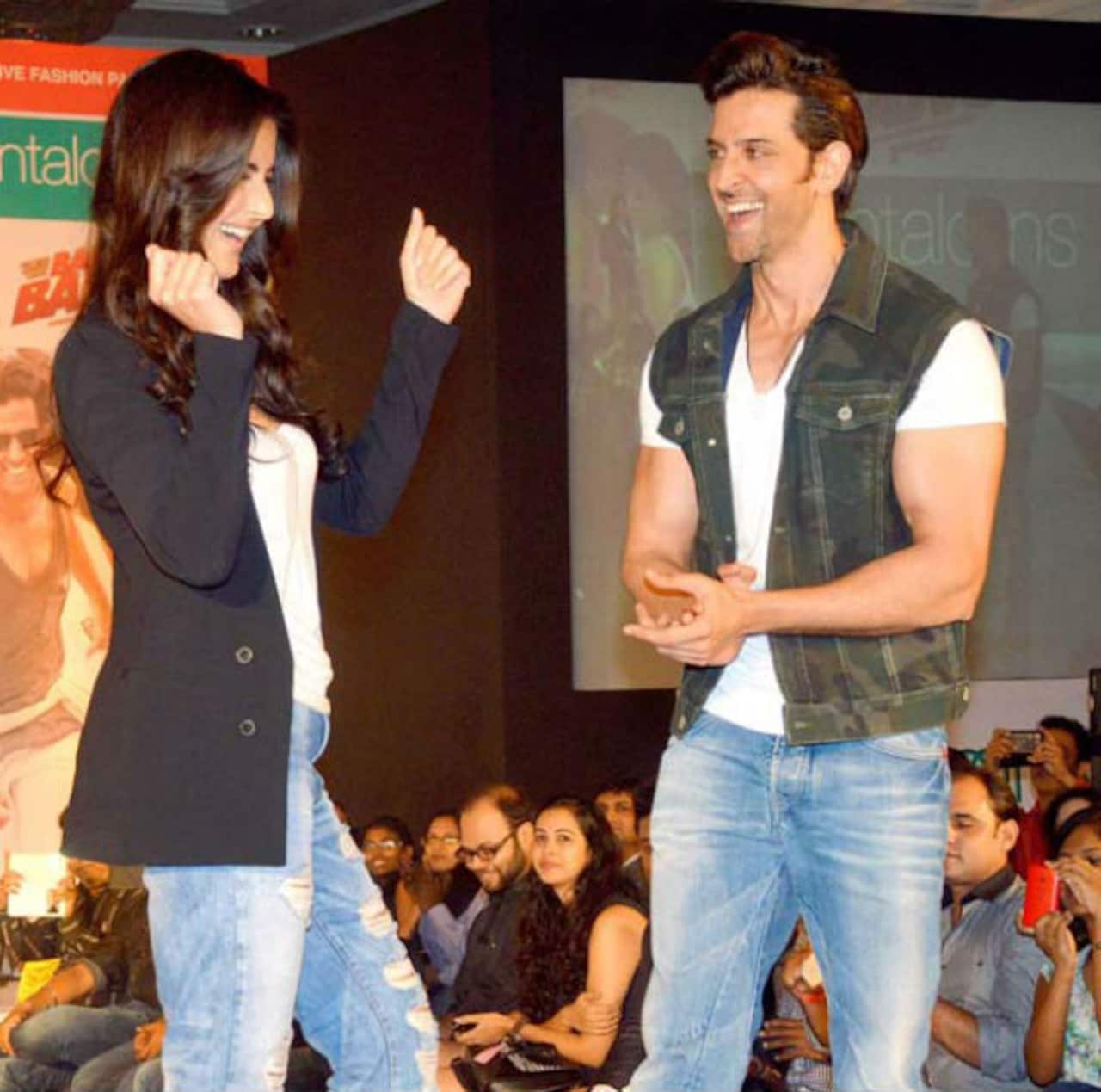 Yes! Hrithik too is in awe of Katrina, just like the way you are...

Okay so we know you're still not over Katrina Kaif's abs, ever since you have seen her perform at the IPL 2016 opening ceremony last night. The actress was the only saving grace of the show. Such a bombshell. What moves. Especially the one where the camera fully zoomed into her waist as she grooved to DJ Bravo's Champion song. Ah! It was no less than a visual treat which explains why even Bravo couldn't stop staring at her curves. In fact, in that case, even Ranveer Singh was one of the Kat-admirers at that moment. But now while everyone has been raving about Katrina with reference to her last night's performance. Hrithik Roshan comes as an exception who's tweeted praises for Ms Kaif, without even watching her IPL act. Yes! True fan, eh? Also Read - Katrina Kaif suggested Sidharth Malhotra to get married to Kiara Advani in Jaisalmer’s grand haveli? [Exclusive scoop]

So Hrithik engaged in a Twitter chat last night when a fan asked him if he watched Katrina's performance at the IPL opening ceremony. But despite not having watched it, Jr Roshan made a honest confession about Kat saying, "Zaroorat hi nahi, I know it must be mindblowing." Such a healthy flattery that be, no? Only if Katrina had a Twitter account and could reply back to him with all the more love. Nevertheless, Katrina and Hrithik's friendship goes back a long way, since films like Zindagi Na Milegi Dobaara and Bang Bang. The two have always had good things to say about each other. Also Read - Priyanka Chopra Jonas takes baby Malti Marie out for a stroll on a snowy day; calls it the 'perfect moment' [PICS HERE]

Zaroorat hi nahi, I know it must be mindblowing https://t.co/vvGTnuSpup

I'm sure everyone must be in mutual thoughts with Hrithik right now. After all, Katrina be so sexy, no?