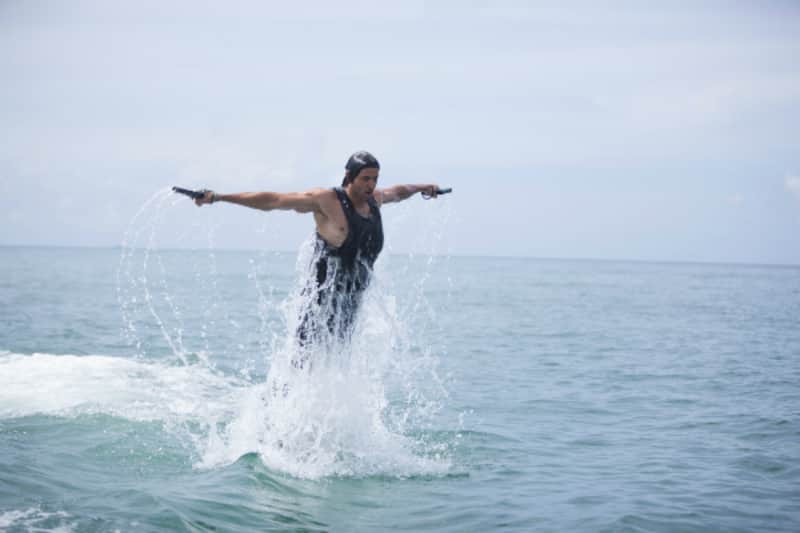 As we can see in the trailer of Bang Bang, Hrithik Roshan has shot a death-defying action stunt for the film that will see him water ski with him being hooked to a sea-plane. No other film in the world has this action stunt which Bang Bang boasts about. Also Read - Ananya Panday, Sushmita Sen, Naga Chaitanya and other stars whose alleged dating news days after breakups are true 'Move On' goals

And Roshan Jr pushed himself to the extreme for this stunt. "I have pushed myself to the extreme for this stunt. This sequence called for mental and physical tenacity. The rush that I experienced while training and executing the sequence was out of the world. I was hooked to a sea plane while I did the stunt. I had trained non-stop to even attempt the sequence," says the Krrish 3 actor. Also Read - Independence Day 2022: Shah Rukh Khan, Ajay Devgn, Ranveer Singh and more Bollywood stars who took us back to historical India in THESE movies

While director Siddharth Anand says, "This is the first time a shot like this has been shot for any film in the world and we can boast that a Bollywood film, Bang Bang, has recorded this feat." Also Read - Laal Singh Chaddha actor Aamir Khan visits Golden Temple a day before release; B-town actors who went to religious places to pray for their film's success

Being called the action romance of the year, Bang Bang, which also stars Katrina Kaif as the female lead is all set to release on October 2.