Hrithik Roshan-Saba Azad walk hand-in-hand at airport; netizens age-shame them, 'I thought she was his daughter'

Hrithik Roshan and Saba Azad were spotted together at the airport recently, and netizens are tolling and age-shaming them. Read on to know more... 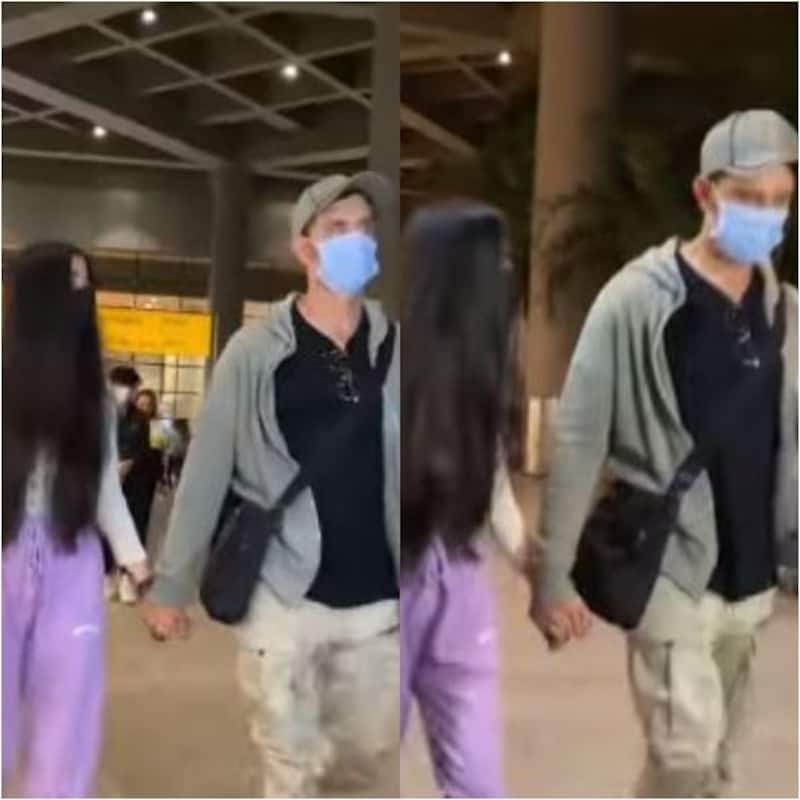 Hrithik Roshan and Saba Azad’s relationship came into the limelight earlier this year. The actors were spotted together outside a restaurant and walked hand-in-hand in front of the paparazzi, Later, they were clicked together multiple times, and Saba also accompanied Hrithik at Karan Johar’s 50th birthday bash. At the red carpet of the party, they posed together as a couple. Their fans also love their social media PDA. Hrithik and Saba were on a holiday together, and the latter had shared a few pictures with her beau on Instagram. Also Read - Laal Singh Chaddha vs Raksha Bandhan box office collection: Aamir Khan and Akshay Kumar starrers must beat THESE 2022 releases to avoid being the worst flops

Recently, Hrithik Roshan and Saba Azad were spotted together at the airport, and they walked hand-in-hand. While the actors’ fans are happy that their favourite stars are in love, some netizens are age-shaming them. Also Read - Trending South News Today: Naga Chaitanya's revelation about being caught while making out in car, Prabhas' fans SUPER excited for Salaar update and more

Hrithik is 48 years old and Saba is 36 years old. The couple has a 12-year age gap, but netizens clearly have no idea about it, and just want to troll celebs and age shame them.

Well, a few days ago, E-Times shared a throwback article in which celebrity astrologer Bejan Daruwalla second married of Hrithik Roshan. Now, the War actor’s fans are eagerly waiting to know when he will be tying the knot with Saba.

Talking about Hrithik’s movies, the actor will next be seen in Vikram Vedha which also stars Saif Ali Khan in the lead role. The movie is a remake of a Tamil film with the same name. It is slated to hit the big screens on 30th September 2022. He also has Siddharth Anand’s Fighter lined up which stars Deepika Padukone as the female lead. It is India’s first aerial action film and also stars Anil Kapoor in a pivotal role. The movie is slated to release in September next year.