Hrithik Roshan is one of the Biggest Superstars in the country and even though he has been away from the silver screen since nearly 2 year, his fans are still crazy for him. As his latest film - Mohenjo Daro releases, a fan bought 70 tickets to see the film. Crazy fandom right???

The Superstar's fan following is HUGE, but this latest scoop has surprised even us...

Hrithik Roshan is one of the Biggest Superstars in the country and even though he has been away from the silver screen since nearly 2 year, his fandom is still intact. His fans are still crazy for him and with his latest film - Mohenjo Daro (a period love story with Pooja Hegde) releasing today morning, people are in a mad rush to book their tickets. Amidst this, a guy named Rahul Raj bought 70 tickets for the film's early morning show! Ain't that crazy? Also Read - From Shah Rukh Khan to Shilpa Shetty Kundra: 8 Bollywood actors who have successful side businesses

Well, this is height of love for a star! Earlier this year a man had booked a whole cinema for Sultan, but on that occasion, the guy wanted to impress his wife. So why has the guy booked 70 tickets? While we aren't sure of the reason, we can safely say that he isn't planning to take his whole family for the movie, I mean who has 70 family members living around you. So is it a free giveaway at his shop or is it his way of helping Mohenjo Daro to have a fabulous opening. Also Read - Shah Rukh Khan, Salman Khan, Akshay Kumar should be thankful to God; their era is ending: Priyadarshan

We all know Hrithik Roshan's film is all set to clash with Akshay Kumar's Rustom tomorrow and while the former has been able to gather more number of screens, it is the latter who has a bigger buzz around it going into the release day. Who will emerge victorious? Well for that we will have to wait till tomorrow. Tell then check out the pictures of the guy with the 70 tickets right here and tell us what you think about this latest Bollywood news in the comments section below! 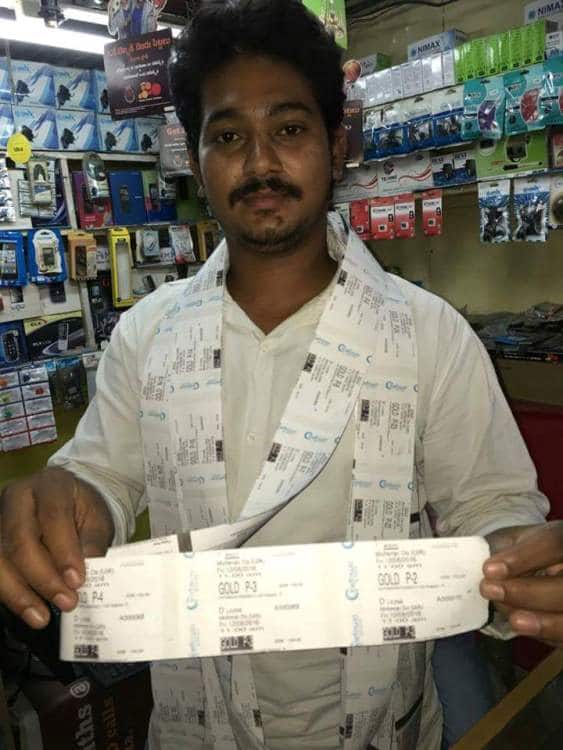 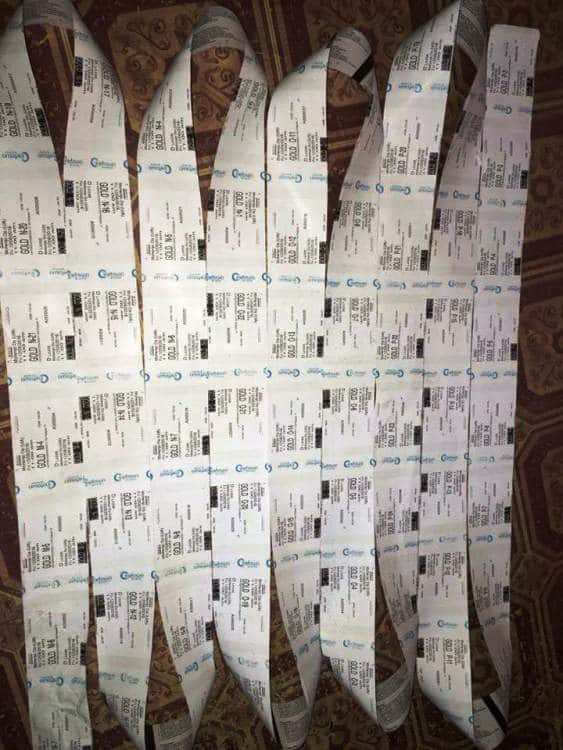