Alia Bhatt announced her pregnancy. Allu Arjun got brutally fat-shamed by netizens who called him 'vada pav'. Pooja Hegde called her debut with Hrithik Roshan's Mohenjo Daro the lowest point of her career. Here's a look at the top trending entertainment news in case you missed it. 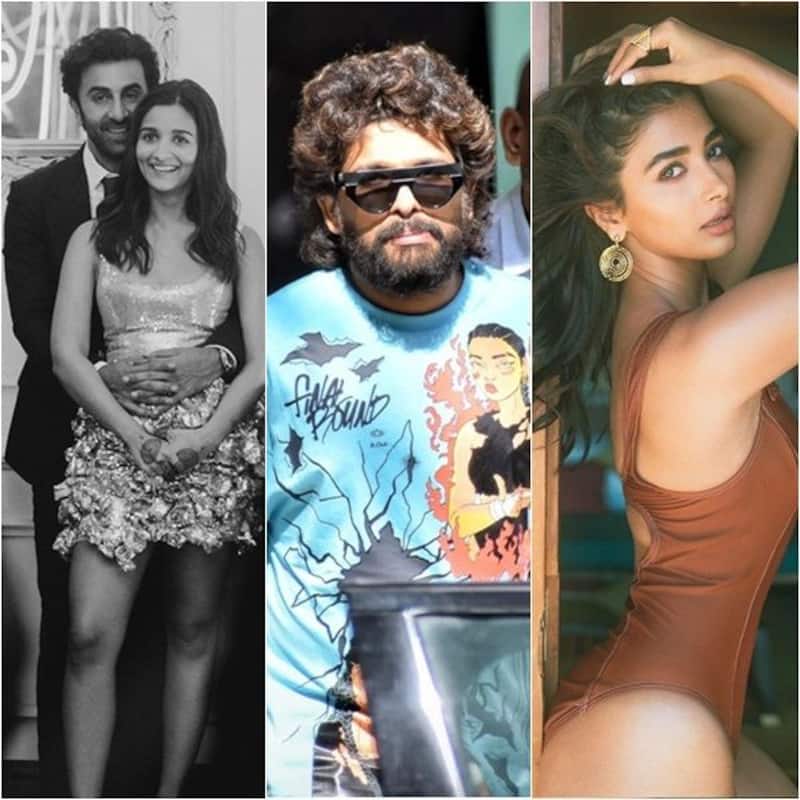 Bollywood has been buzzing all week, be it with shocking rumours or awkward meetings. We bring you a wrap of all the trending Bollywood news that happened in the past few days, in case you missed it. Alia Bhatt announced her pregnancy. Allu Arjun got brutally fat-shamed by netizens who called him 'vada pav'. Pooja Hegde called her debut with Hrithik Roshan's Mohenjo Daro the lowest point of her career. Here's a look at the top trending entertainment news in case you missed it. Also Read - Trending Entertainment News Today: Aryan Khan-Suhana Khan attend Maja Ma screening, Kareena Kapoor Khan gets mobbed at airport and more

Pushpa star Allu Arjun was spotted in town wearing a printed T-shirt with black trousers and it seemed like he is in a Pushpa avatar. The actor looked bulkier than his usual appearance and this bought him a lot of criticism and trolling online. The actor was brutally fat-shamed by the netizens and was called vada pav. Check out full story here. Also Read - Alia Bhatt's maternity wear line, Katrina Kaif's beauty brand: B-town actresses who are also business women

Alia Bhatt and Ranbir Kapoor announced their pregnancy in the cutest way possible. But fans have a question to ask. Ralia fans are wondering if it a promotional gimmick or what. Check out full story here. Also Read - Vikram Vedha: Hrithik Roshan signs off his character with THIS gesture; says, ‘I’v secretly done this for every character that terrified me’ [View Post]

Pooja Hegde also highlighted how a movie eventually came along in Telugu that clicked commercially, and since then, the actress feels that it's been an amazing ride. Check out full story here.

Shah Rukh Khan shared his raw and rugged look from Pathaan on Instagram. He is seen posing in a shirt and jeans with a gun in his hand. Shah Rukh Khan is heard saying, 'Jaldi milte hai Pathaan se'. Check out full story here.

Malayalam actor Nivin Pauly recently had a reunion with his Kanakam Kaamini Kalaham co-star Grace Antony. However, the Padavettu actor got brutally body-shamed by netizens for his visible weight gain. Check out full story here.

Did Charu Asopa hint at what went wrong between Rajeev Sen and her on her social media?

After deleting all pics with Rajeev Sen, Charu Asopa has posted a couple of Insta stories which hint at what went wrong between the couple. Check out full story here.

Neha Mehta who played Anjali Bhabhi in Taarak Mehta Ka Ooltah Chashmah recently claimed that she hasn't been paid her dues as yet. Over this, the makers have released a statement. Check out full story here.