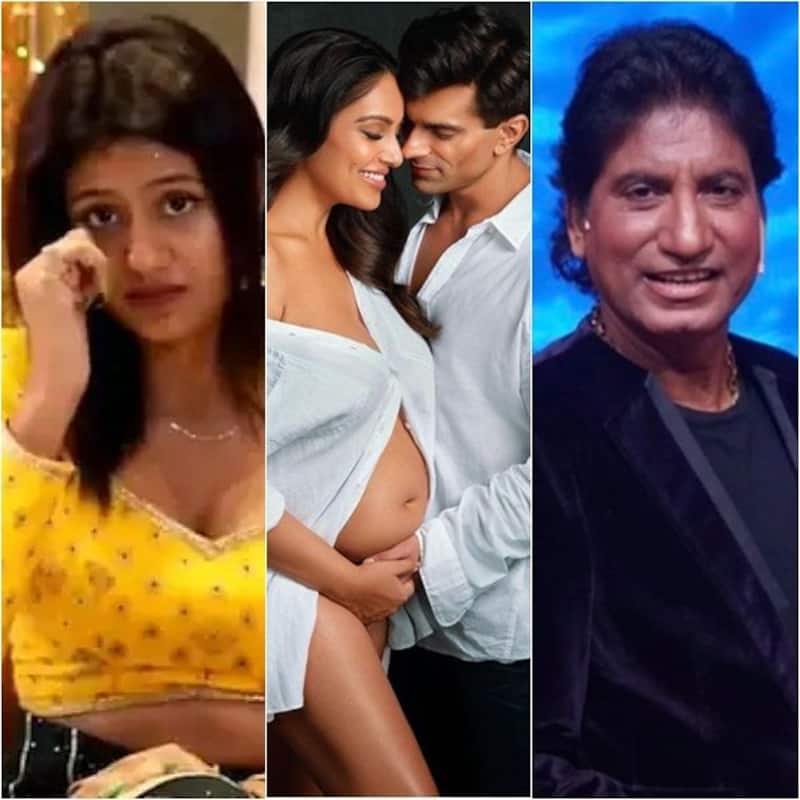 The entertainment industry has been buzzing all week, be it with shocking rumours, hot gossip, latest news or awkward encounters. In case you missed it, we bring you a wrap of the trending entertainment news that became the talk of the town. Right from Lock Upp fame Anjali Arora's alleged MMS leaked video to Bipasha Basu announcing pregnancy with baby bump pictures to Raju Srivastava on ventilator after suffering heart attack, here's a look at the top trending entertainment stories that you missed. Also Read - October Releases 2022: Godfather to Ram Setu; highly-anticipated releases from South cinema, Bollywood, Hollywood [Watch Video]

Bipasha Basu and Karan Singh Grover got married in 2016 and almost after 6 years of togetherness, the couple is all set to become parents as the actress announced her pregnancy flaunting her baby bump. Check out full story here. Also Read - Bigg Boss 16: Urfi Javed slams Shehnaaz Gill, Kashmera Shah for supporting Sajid Khan

Akshay Kumar opens up on his Canadian citizenship: 'Thought of leaving India after delivering 14-15 flops in a row'

While Akshay Kumar doesn't give two hoots about online trolling over his Canadian citizenship, he recently revealed that he thought of moving to Canada after he delivered 14-15 flops in a row. Check out full story here. Also Read - Shah Rukh Khan, Akshay Kumar, Kareena Kapoor Khan and more Bollywood celebs who believe in crazy superstitions

In a recent interview, Anjali Arora was in tears as she spoke about her alleged MMS leak. She even revealed how her family reacted to it. Check out full story here.

Raju Srivastava Health Update: Has the comedian's health improved or remains the same?

Comedian-actor Raju Srivastava suffered a heart attack on August 10 and was admitted to AIIMS hospital in Delhi. Fans are praying for his quick recover. Check out full story here.

Urvashi Rautela had passed a not-so-subtle innuendo in a recent interview about her supposed affair with Rishabh Pant, and this time, the ace Indian cricketer seems to have responded, which again led to the actress taking another sly dig. Check out full story here.

Taapsee Pannu breaks silence on her heated argument with paparazzi

Addressing her scuffle at Dobaaraa event, Taapsee Pannu feels that sometimes the paparazzi take advantage of situations because they have a camera which gives you a one-sided narrative. Check out full story here.

Urfi Javed revealed that the man, who demanded video sex from her, has been blackmailing her from the last two years by threatening to distribute her morphed pictures to Bollywood pages and ruin her career. Check out full story here.

Reacting to the ongoing controversy, Arjun Kapoor said that the industry needs to unite against such boycott trends since Bollywood has now had enough of it. Check out full story here.

Khatron Ke Khiladi 12 finale: Not Rubina Dilaik, but THIS contestant has won the trophy?

Khatron Ke Khiladi 12 hosted by Rohit Shetty is inching close to its finale. Stars like Rubina Dilaik, Jannat Zubair, Faisal Shaikh and others are in the racing to win the trophy. Check out full story here.

BTS fans from India share a video of a teacher from a noted educational app schooling students for being fans of the K-Pop kings. He is heard saying that he is sparing them since they are girls but would have beaten them black and blue if they were boys. Check out full story here.