From Janhvi Kapoor getting compared with Poonam Pandey and Urfi Javed for donning a plunging neckline dress to Esha Gupta getting body-shamed for her latest appearance, here's a look at the top trending entertainment news today. 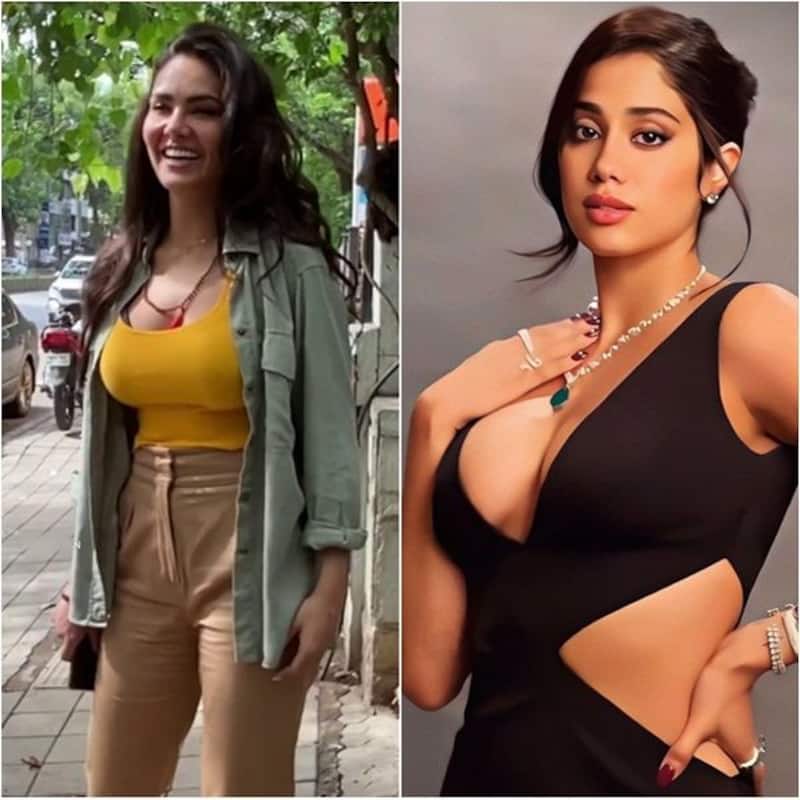 Bollywood has been buzzing all week, be it with shocking rumours or awkward meetings. We bring you a wrap of all the trending Bollywood news that happened in the past few days, in case you missed it. From Janhvi Kapoor getting compared with Poonam Pandey and Urfi Javed for donning a plunging neckline dress to Esha Gupta getting body-shamed for her latest appearance, here's a look at the top trending entertainment news today. Also Read - Koffee With Karan 7: Sonam Kapoor forgets Ranbir Kapoor's film name Brahmastra calls it 'Shiva No.1'; leaves Arjun Kapoor highly embarrassed

Esha Gupta's latest appearance grabs a lot of attention for all the wrong reasons. The Aashram 3 actress was spotted in the city wearing a sexy orange crop top paired with an olive shirt and brown paints and looked extremely sexy. Check out full story here. Also Read - Koffee With Karan 7 new promo: Sonam Kapoor makes BIG revelation about her brothers sleeping with her friends; Arjun Kapoor feels he is on the show to be trolled [Watch]

Janhvi Kapoor was once again slammed for her outfit, this time the actress was compared to Poonam Pandey and Urfi Javed. Check out full story here. Also Read - Dream Girl 2: Not Tejasswi Prakash and Sara Ali Khan, but THIS star kid to romance Ayushmann Khurrana? [Read Deets]

Here's what cooking between Naga Chaitanya and Sobhita Dhulipala. Rumours are rife that Naga is dating Sobhita after his separation from ex-wife Samantha Ruth Prabhu. Check out full story here.

Kartik Aaryan and Karan Johar seem to have put an end to their rivalry forever and this viral video is a big proof. Do we see Dostana 2 being back on track again? Check out full story here.

Karan Kundrra and Tejasswi Prakash are IT couples in the tellyland. However, they do get trolled for their 'OTT and fake PDA' online. Here's how the Dance Deewane Juniors host reacted to the online backlash. Check out full story here.

Sidharth Malhotra and Kiara Advani's this video of looking into each other's eyes and chatting non-stop will end the rumours of their separation once and for all. Check out full story here.

After a long time, Kartik Aaryan and Sara Ali Khan came under same roof for an event wherein they posed together for photographs. However, netizens found their meeting quite awkward. Check out full story here.

Are Tom Holland and Zendaya actually having a baby? Spider-Man actress FINALLY speaks up

Talk of Zendaya getting pregnant with Tom Holland's baby gained traction after a Tik-Tok video, containing a fan-made edit, of an ultrasound picture went viral. Check out full story here.

Khatron Ke Khiladi 12 shoot has just begun and the show will start airing from July but before the show starts, this popular TV actress has started showing her true colours. Check out full story here.