If Aamir won't play Munna Bhai, who will? 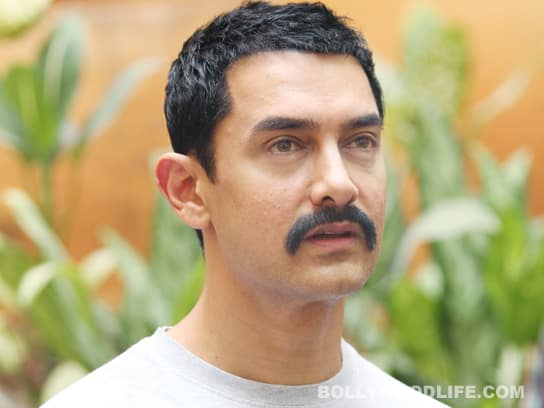 Also Read - Akshay Kumar, Aamir Khan, Ranveer Singh and more: Here are the release dates of the upcoming biggies of these Bollywood superstars

Can anyone in the younger lot match up to the charm of Sanjay Dutt?

Much as Aamir Khan fans are excited about seeing him as a bad man in Dhoom:3, they will have to make peace with the fact that he will not be playing the lovable Munna Bhai in Rajkumar Hirani’s third installment in the franchise. Aamir apparently is too busy, with his schedule packed for the next two years. However, it is still not clear whether Sharman Joshi has any role in the film, be it as Circuit or any other character. Well, wethinks this is a good marketing exercise. First there are rumours about an actor having bagged a coveted role, and then the makers deny it saying the actor is not available for the next few years. This works for both parties, as the film is in the news and the successful but ageing actor can boast about how in-demand he is. Whatever the case may be, what we are more concerned about is, who can then play Munna Bhai? Is Aamir truly busy, or is he too nervous about stepping into the oh-so-successful shoes of Sanjay Dutt? Shahrukh Khan had been considered for the role right from the first film. So will he be approached for it now? After all, SRK has good comic timing and is lovable to the core – off screen or on it. Anil Kapoor is another actor who excels in buffoonery, if Sanjay Dutt’s age bracket is what Raju Hirani wants. But if buzz is to be believed, the director as well as producer Vidhu Vinod Chopra are looking for “fresh faces”. The question is, who in the younger lot can match up to the charm and bhai giri experience of Dutt? Ranbir Kapoor, Imran Khan, Ranveer Singh? You tell us. Also Read - Laal Singh Chaddha: Aamir Khan-Kareena Kapoor Khan starrer AVERTS clash with Allu Arjun's Pushpa; to release on THIS date next year