IIFA 2022: A teary-eyed Salman Khan thanks Boney Kapoor for reviving his career with Wanted – 'I will always be...'

Salman Khan recalled his struggling days at IIFA 2022 and credited his success to Boney Kapoor by thanking him for reviving his acting career with his 2009 film Wanted, directed by Prabhu Deva. 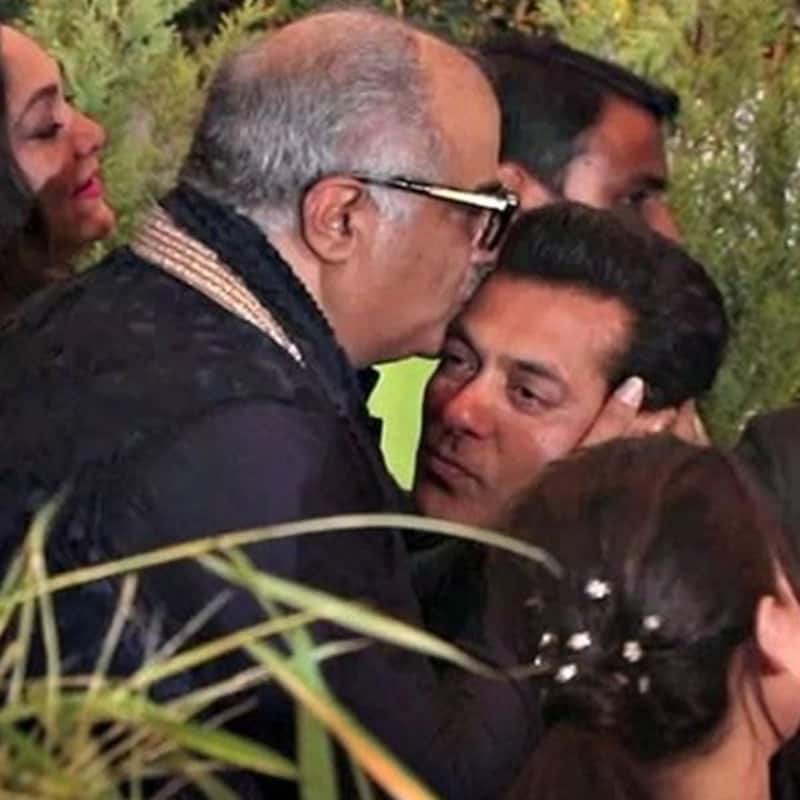 In a rare moment, Salman Khan recalled his struggling days while hosting the 22nd edition of the International Indian Film Academy (IIFA) Awards in Yas Island, Abu Dhabi. He credited his success to Boney Kapoor by thanking him for reviving his acting career with his 2009 film Wanted, directed by Prabhu Deva. The Dabangg Khan was also teary-eyed while speaking about having limited resources as a twenty-something. Also Read - Ahead of Independence Day 2022, Tiger 3 star Salman Khan spends a day with the real heroes of Indian Navy [View Pics]

"He has helped me throughout my life. When my career hit a rough patch, Boney Kapoor gave me a film called Wanted. After that he gave another film No Entry which marked the comeback of Anil Kapoor. Boney ji has helped me a lot, for which I will always be thankful,” Salman said at the event, as per Bhaskar.com. Also Read - Yeh Rishta Kya Kehlata Hai actress Niharika Chouksey to star in Janhvi Kapoor and Sunny Kaushal film? Here's what we know

Salman also shared an anecdote from his early days when he considered himself a nobody. "When I didn’t have any money, actor Suniel Shetty had a shop called Mischief and I was eyeing a pair of stone wash jeans, boots, and a purse. I knew I couldn’t afford it because I didn’t have money. But Anna saw my eyes and decided to gift me what I yearned," Salman said as he struggled hold back tears. Also Read - Salman Khan to Aditya Pancholi; Bollywood and TV actors who allegedly physically abused their girlfriends and wives

Salman also thanked Ramesh Taurani who gave him Pathar Ke Phool at a point when he had no films for 6 months after the success of Maine Pyaar Kiya. "After the film Maine Pyaar Kiya became a hit, Bhagyashree decided not to act in films. She had to get married and she left. She got all the credits. I didn’t have any film for 6 months. Then a god-like man came in my life – Ramesh Taurani. At that time my father had made a fake announcement from JP Sippy by paying 2000 rupees in a film magazine. I didn’t have any film. Ramesh Taurani went to Sippy’s office and he gave him 5 lakh rupees for music at that time and that’s how I got the film Pathar Ke Phool,” he said.