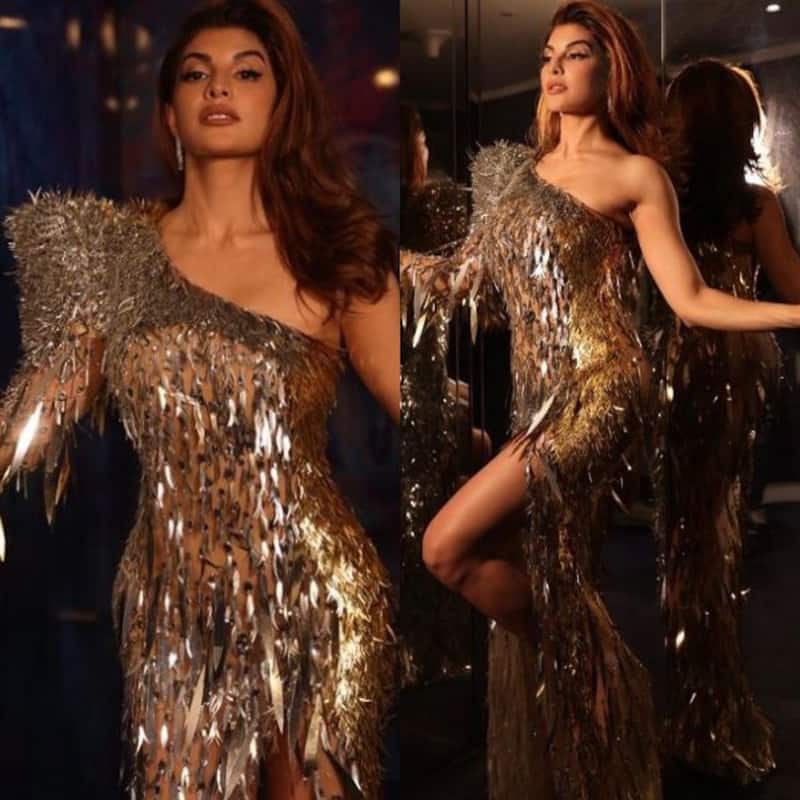 Top Bollywood stars are now in Abu Dhabi for IIFA 2022. We have Salman Khan, Jacqueline Fernandez, Shahid Kapoor, Tiger Shroff, Nora Fatehi, Sara Ali Khan, Ananya Panday and others for the function. Despite her legal issues, Jacqueline Fernandez managed to travel to Abu Dhabi for the function. She was seen on the red carpet in a golden metallic outfit with feathers. It is a lot like what Deepika Padukone wore in black for Cannes. The outfit has got funny reactions from netizens. Some have trolled her as the wife of PakshiRajan. As we know, it was the name of Akshay Kumar's character in the movie 2.0 that had Rajinikanth and Amy Jackson. Also Read - Trending south news today: Samantha Ruth Prabhu travels to South Korea for Myositis treatment; Ram Charan calls Kiara Advani stunning and more

Jacqueline Fernandez has been in the news because of the Sukesh Chandrasekhar affair. The ED made a list of all the expensive items that she got from him which included brands like Hermes, Louis Vuitton, diamonds and a horse. They also said that he transferred money to her family members. The actress apparently lost out on two projects as well due to this controversy. Jacqueline Fernandez was also trolled by Sona Mohapatra on her social media handle. She passed rather disparaging remarks on her. Also Read - Ghum Hai Kisikey Pyaar Meiin: Siddharth Bodke thanks his fans for making his show No 1 [Watch Video]

We can see that even Deepika Padukone wore the black feathered gown at Cannes 2022. The style is in. It takes a lot of personality to carry off something as opulent as that and both the ladies have it. Jacqueline Fernandez has a movie Vikrant Rona coming up with Kicchha Sudeepa. Her film, Cirkus will be releasing towards the end of the year. It stars Ranveer Singh and Pooja Hegde. The movie is directed by Rohit Shetty. The actress has found support from close friends who said that she was unaware of Sukesh Chandrashekhar's reality and hence fell into trouble. Also Read - Trending TV News Today: Ashneer Grover opens up on ouster from Shark Tank India 2; Bigg Boss 16 contestant Sumbul Touqeer's father takes a U-Turn and more