Salman Khan had a blast at IIFA 2022. He was asked about a song that inspired him and he sang Samantha Ruth Prabhu's Oo Antava. 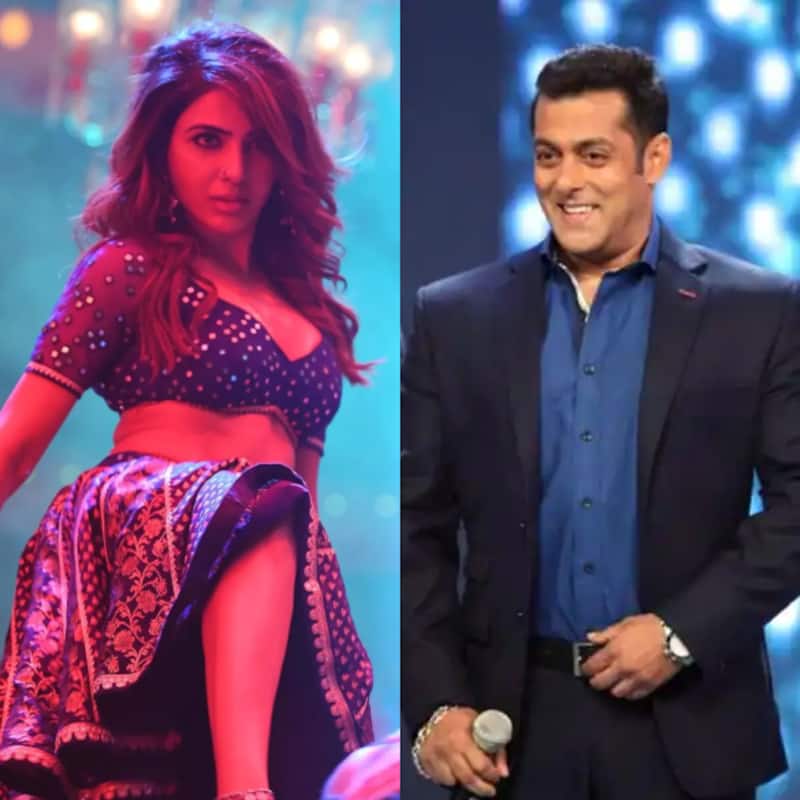 IIFA 2022 recently took place in Abu Dhabi and now it is going to have its TV premiere soon. Salman Khan was the centre of attention at this year's IIFA. He did turn into a host for a while as he took to stage to talk about a lot of things. From how Suniel Shetty helped him when he had no money to Boney Kapoor offering him film when he had none, he shared a lot. Now, a video of him talking about a song that inspired him in recent times has hit the internet. It is none other than Oo Antava from Allu Arjun's film Pushpa. Samantha Ruth Prabhu danced with Allu Arjun in this song. Also Read - Laal Singh Chaddha box office collection day 2 prediction: Aamir Khan starrer drops by 30% from day 1; some shows going empty

Watch Salman Khan's video
It was on the red carpet of IIFA 2022 that he was asked to name a song that inspired him in recent times. Not just naming it, Salman Khan even sang the song a little bit. Samantha Ruth Prabhu who impressed all with her killer moves in this one shared the video on Twitter with sweet heart emojis. Devi Sri Prasad also thanked Salman Khan for this one. Take a look. Also Read - Trending TV News Today: Raju Srivastav's health condition remains critical, Kajal Pisal roped in as new Dayaben on Taarak Mehta Ka Ooltah Chashmah and more news

Well, that is classic Salman Khan, isn't it? The Dabangg actor has been very appreciative of how South Indian movies are doing well at box office. Also Read - Liger: Vijay Deverakonda channelises his inner Raj from DDLJ as he carries Ananya Panday in sarson ka khet, drives a tractor and drinks lassi [View Pics]

Salman Khan on South vs Bollywood debate
It was at IIFA 2022 press conference that Salman had spoken about this. He had said, "They (the south Indian film industry) have always believed in heroism, so have we. When you come out of the theatre, you need heroism. Here, apart from one or two people, we are not making heroism films. We should restart making those larger than life heroism films. I am doing that only. However, I feel these days, people have become cool and think I have become clichéd."