IIFA Rocks 2018: Thanks Pritam, for giving us the best musical evening EVER! View pics

IIFA rocks only because of Pritam and his gang!

IIFA or International Indian Film Awards 2018 was be held in Bangkok, Thailand last month and the festivities left everyone happy. The event is more than just one night of glittering performances. It is a carnival of sorts where a lot of activities are planned for the celebs attending it. This time there was a press conference where Arjun Kapoor and Varun Dhawan were having the most fun. IIFA Rocks, the pre-finale event, got telecast today. We have collated red carpet of pictures of the celebs and there awesome stage performances. The early entrants were Anil Kapoor, followed by Urvashi Rautela, Dia Mirza and her husband, Kriti Sanon, Shraddha Kapoor and Varun Dhawan. The night began with Mouni Roy's scintillating performance. But it was Pritam and his team who bailed out the evening from being a drab to absolutely FAB! Check it out all here...

IIFA 2018: Irrfan Khan thanks audience for being a part of his journey

Pritam and his gang enchant the audience! What a performance... Also Read - Malaika Arora leaves us ABSOLUTELY awestruck as she redefines smokin' hot in her latest photoshoot — view pics

Time for the maestro @ipritamofficial to do what he does best! Get ready for great musical treat at #IifaRocks! #IIFA2018 @IIFA #10SaalBemisaal pic.twitter.com/D8qLbimbYO

Karthik and Aayushmann get Riteish Deshmukh to wear a lungi and dance on Shah Rukh Khan Ko na ko chahiye from Deewana. Also Read - Shanaya Kapoor's luxurious home in Mumbai is no less than a princess' royal castle from a fairy tale – view inside pics

.@TheAaryanKartik and @ayushmannk sure how to keep the show going and the audience entertained! Tune in to #IifaRocks now and don't miss out on any action. @Riteishd pic.twitter.com/LEvW8BdrpB

Karthik and Ayushmann try to be fit

Why are the boys dressed like this on stage? Tune in to #IifaRocks now to find out. #IIFA2018 @TheAaryanKartik @ayushmannk pic.twitter.com/ajAlKEtg8s

Diana Penty is a sight for sore eyes...

Everyone's having fun inside... it might make you slightly jealous

The star-studded extravaganza of the year begins! Get ready to witness the magic of Bollywood at #IIFA2018 #IIFArocks pic.twitter.com/DQsSiwFhxj

It's so wonderful to see Konkana Sen Sharma... black suits you lady!

Lol... Varun Dhawan and Shraddha Kapoor are keeping it so COOL!

Arjun Kapoor is the most wanted Munda on the green carpet... 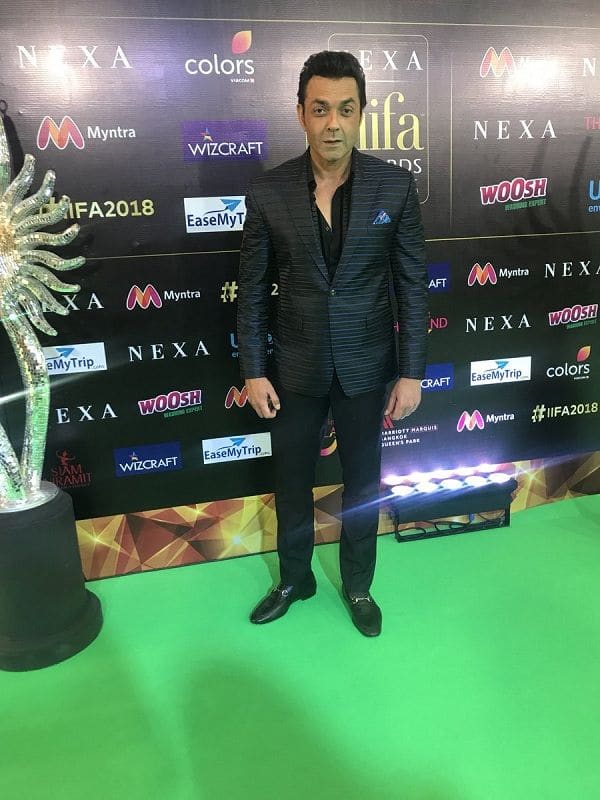 Mover over girls, Karan Johar is turning heads and how!

The hosts Karthik Aryan and Ayushmann Khurrana have started the night...

The hosts for the evening are here!@ayushmannk jiska charm kabhi nahi hota purana, along with the heartthrob @TheAaryanKartik taking over the #IIFARocks stage in style.#IIFA2018 pic.twitter.com/lEH2SAkNq7