Imran Khan and Sonam Kapoor sizzle on the cover of Stardust! 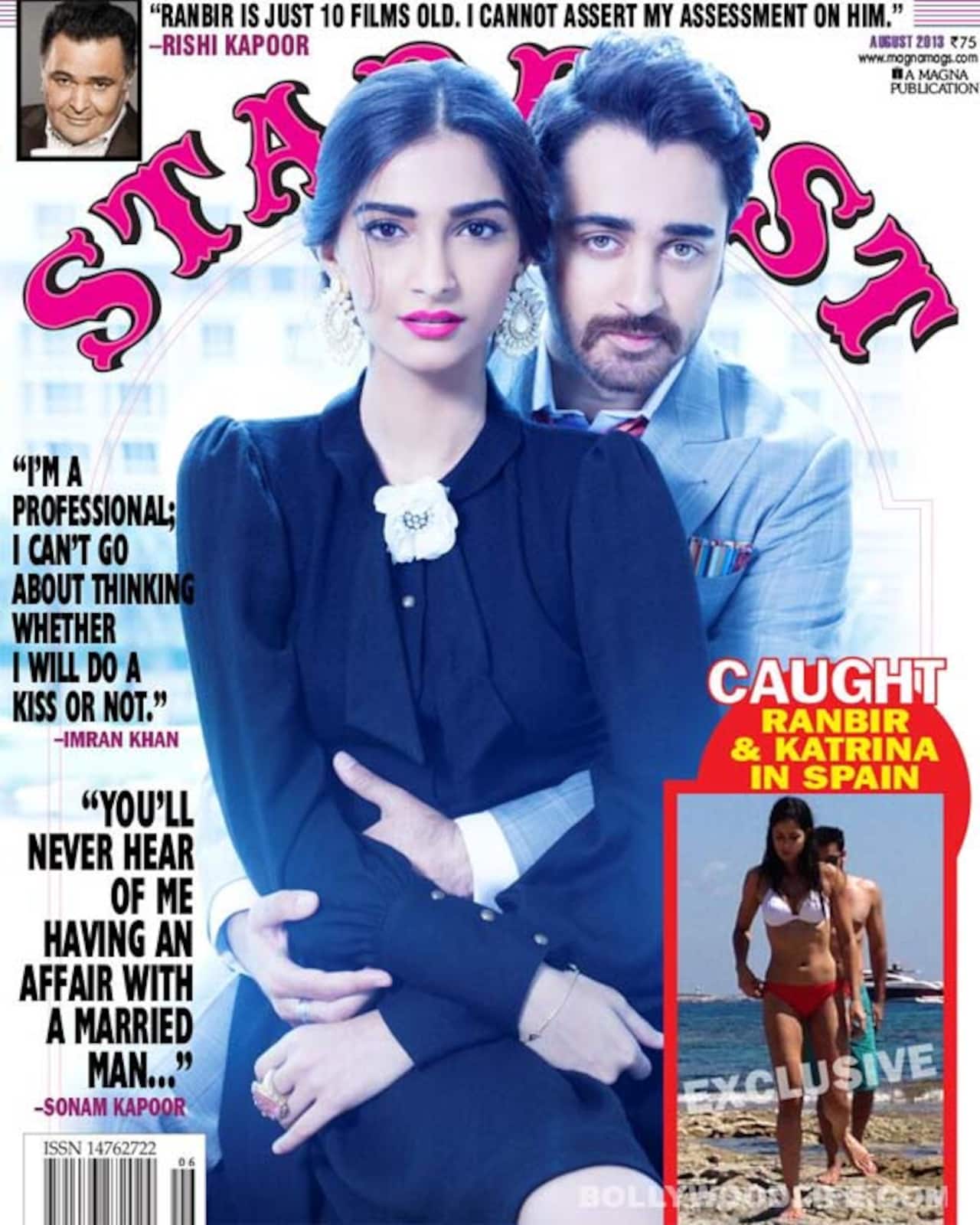 Imran Khan and Sonam Kapoor are back together again-well, not in a film but on the cover of Stardust. While Imran Khan was spotted in his bearded Once Upon A Time In Mumbaai Dobaara avatar, Sonam looked all sassy and stylish in a black dress. Also Read - Worst dressed celebs of the week: Sonam Kapoor, Alia Bhatt and Urfi Javed's outings in black were anything but classic

Both the actors sported a very formal look – while Immu was all suave and sophisticated in a grey suit, the Kapoor chick just like always took the vintage fashion route. We like the pink lipstick and the huge dangling earrings. But the one thing that’s spicing up the pic are the captions. Khan says that he’s way too professional to think about whether he should kiss or not onscreen and Sonam for the nth time said that she will never ever date married men…. Also Read - Sonam Kapoor, Dia Mirza, Soni Razdan and more celebs look stylish at Masaba Gupta, Satyadeep Misra's wedding bash