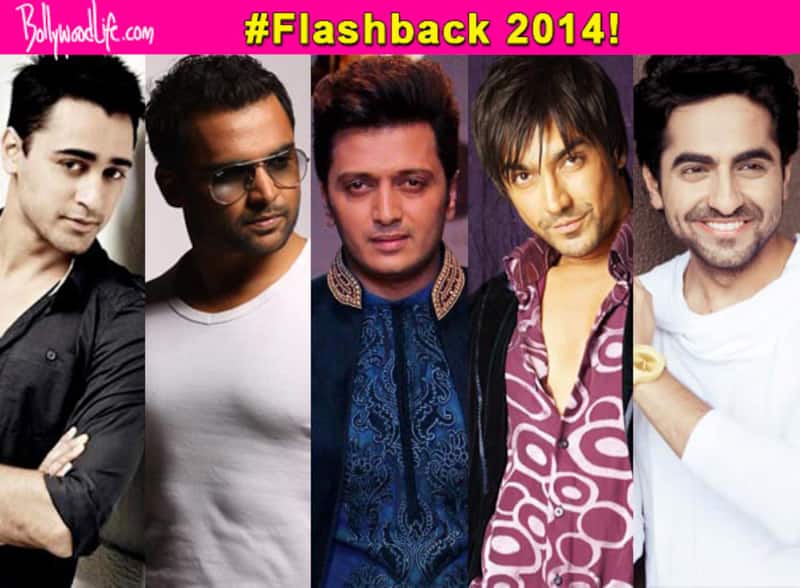 2014 was, indeed, a beautiful year for B-Town and even more so for some. We are talking about those celebs who were blessed with wonderful babies. Winning 2014's 'Proud Parent' crown are... Also Read - Bigg Boss 16: Did you know Sumbul Touqeer played a role in Ayushmann Khurrana's THIS film before gaining fame as Imlie?

Imran Khan: The actor and his wife Avantika Malik on June 9, 2014 brought home their newborn baby girl Imara Malik Khan. It is for darling daughter's sake that Imran has been staying away from films for a a few months now. Also Read - Ayushmann Khurrana, Tiger Shroff, Akshay Kumar and more Bollywood stars who slashed fees for SHOCKING reasons

Ayushmann Khurrana: Amidst rejoicing his films, Bewakoofiyaan, Hawaizaada, Agra Ka Daabra and Dum Laga Ke Haisha, the Roadies 2 winner had an even bigger celebration to indulge in. The actor and his wife Tahira brought home their second child, Varushka- a baby girl- on April 21, 2014. Also Read - Ayushmann Khurrana reduces his fee to Rs 15 crore to help producer and reduce film's budget – here's why it's a smart move

Riteish Deshmukh: The funny man of B-Town has had a fantastic 2014. After giving some great performances in Humshakals and Ek Villain, he also gave the Marathi film industry its biggest grosser ever, Lai Bhaari and his production venture Yellow won a National Award. But the actor had a bigger, grander happiness coming his way... Deshmukh Junior. Riteish and wife Genelia D'Souza parented a baby boy on November 25, 2014 and named him Riaan.

Sachiin Joshi: This businessman turned actor has had a special year with his Aashiqui 2's Telugu remake doing well at the box office. The actor and his wife Urvashi Sharma gave birth to baby girl on January 21, 2014. They named her Samaira; a beautiful name for a beautiful girl.

Ashish Chowdhury: It is a great year for the Dhamaal actor. What with all the films and TV shows he has lined up for the coming year. But the actor also has a reason to be happy on the personal front; well actually two reasons. Ashish and his wife Samita became proud parents of twin girls on November 3,2014.