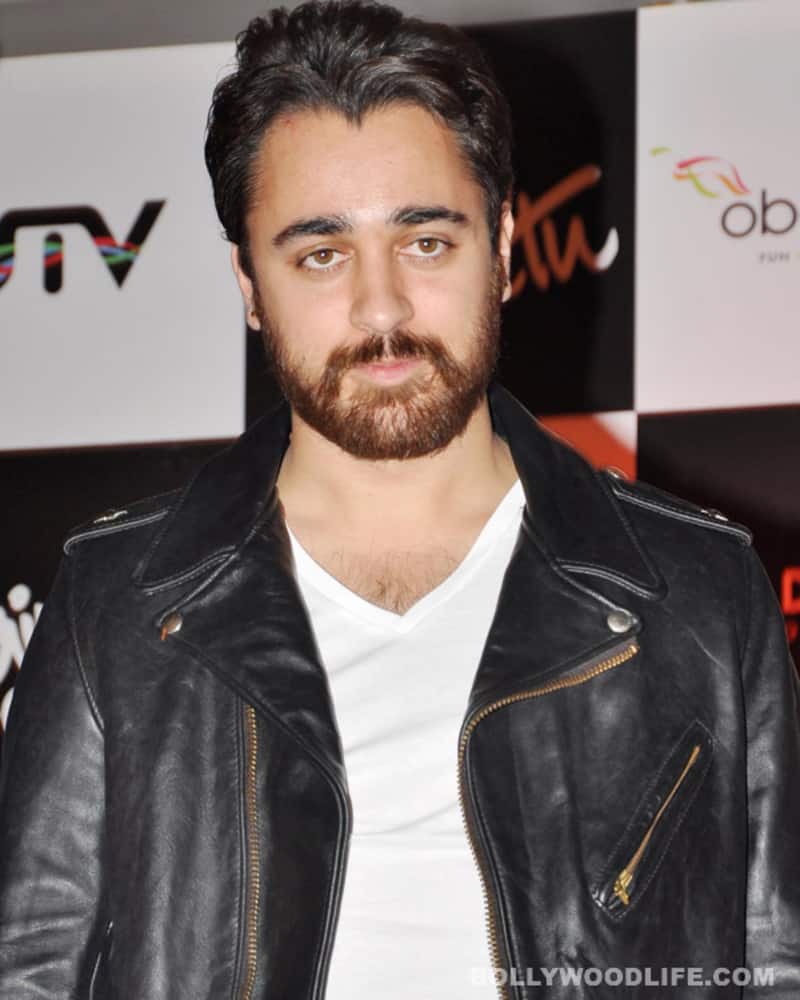 Bollywoodlife caught up with the Once Upon A Time In Mumbaai Dobara actor at his Juhu residence recently. And we heard why the light-eyed dude gets nervous before the release of a film and why he doesn't give a hoot about what critics say to his image-makeover

Imran Khan is your regular upscale urban Mumbaikar who happens to be a star. He might have been voted the next gay icon by a popular poll and considered the most chocolaty hero in B-town, but the 30-year-old does not take the tags seriously. After becoming an instant success with Abbas Tyrewala’s Jaane Tu Ya Jaane Na..the Khan dude went on to work in successful ventures like Mere Brother Ki Dulhan, Delhi Belly and Ek Main Aur Ekk Tu. And now Imran is looking forward to the release of his new film Once Upon A Time In Mumbaai Dobara, co-starring Akshay Kumar and Sonakshi Sinha. We caught up with a rather fidgety Imran at his plush Juhu residence just ahead of the release of Milan Luthria’s gangster drama... Also Read - Shah Rukh Khan, Akshay Kumar, Kareena Kapoor Khan and more Bollywood celebs who believe in crazy superstitions

You have always maintained that you feel jittery before the release of a film. How do you feel now, when Once Upon A Time In Mumbaai Dobara is all set to hit the screen? Also Read - Bade Miyan Chote Miyan: Akshay Kumar-Tiger Shroff starrer a remake of the old film? Director Ali Abbas Zafar BREAKS silence

Somehow I am feeling a little calmer, because I have so many talented people on my team. I have Milan Luthria, Akshay Kumar, Sonakshi Sinha... itne saare log hain ke I feel that I have a good support system. I have a really strong team with me. Also Read - Dussehra 2022: Before Adipurush releases, check out how Shah Rukh Khan, Salman Khan, Akshay Kumar and more celebrated Raavan Dahan in THESE movies

You are working with Akshay Kumar for the first time. Did you feel nervous?

It is impossible to dislike Akshay Kumar! He always has some interesting story, some anecdote, koi kissa or a funny joke to tell. He will convert you into an Akshay Kumar fanatic within the first five minutes of your meeting. I have become a life-long fan of Akshay Kumar now.

After Kidnap, you are portraying a negative character again…

No, this is not a negative character. Aslam does some illegal works; he’s a criminal, but he’s not a bad guy actually.

Miles away from your regular urban-guy image, you are playing a bhai in Once Upon A Time In Mumbaai Dobara. Do you feel apprehensive portraying characters that do not correspond to your real life image?

Oh, people have been saying whatever they like. When I did Matru Ki Bijlee Ka Mandola, they said why did I select that project. When I did Delhi Belly, again people had their speculations ready. Before taking up any project I just ask myself one important question: am I doing an entertaining movie? Will I pay to watch this movie? If the answer is yes, then I take up the project without thinking too much about it.

Sonakshi is emerging fast on the B-town map as a talent to reckon with. Do you agree?

In my opinion, Sonakshi Sinha is the best actor of the current crop of stars. See, when you watch a film, you see only the filtered version. You see the best shots with refined performances and finely edited sequences - perhaps there are other effects like background scores or VFX that enhance the presentation. But I see the actor face-to-face, you know what I mean? I think Sonakshi is the most talented actor we have in the industry today!

In an interview Sonakshi said, 'Imran Khan is a total prankster'. Are you a prankster on the sets?

C’mon! I have been in the industry for five years. Have you ever heard anything bad about me? And still you buy these stories? On the contrary, I am a good boy (laughs)! In fact, Sona made me and Akshay dance around her. She would go 'Arrey main thak gayi', then Akshay would get her a chair for her and she would be like 'Arey, yahaan kaafi dhoop hain', toh I would get her an umbrella for her. In fact, she was very pampered. You need to understand that she is the only heroine in this film and there are two heroes romancing her, toh thoda pampering to jaayaz hain, na! (giggles)

How would you respond to critics who say that Imran can play a regular guy next door, the urban character, well, but he doesn’t look convincing when he tries to play the rugged, intense characters such as in Matru Ki Bijlee Ka Mandola or now in Once upon..

These are opinions at the end of the day and I don’t pay much attention to what critics have to say. I just do my job!

Has Imran Khan found his comfort zone between these two extremes? Do you find it difficult to mould your sensibilities, especially when you play a character that is far from your comfort zone?

A director comes to me with certain ideas. As an actor, my job is to find out if I can relate to his product or his story. The easiest role I have done so far is in Delhi Belly. That’s the film that required the least amount of preparation on my part. For me, it was a simple film and it was my comfort zone. But for Matru I had to learn Haryanvi and learn the dialect, which was challenging.

I think an actor becomes the characters the director wants him to play, but that can happen only when all the pieces of that character start falling into the right place. So sometimes I get inputs from my writer or from the director or from the costume guy. All these things form my sensibilities to understand how to play the required character.

The Tayyab Ali song is making quite a buzz. You seemed to have enjoyed shooting for the number....

Oh, don’t ask! We were shooting for that song in May and I was wearing a fake moustache for the song, which would come off because I was sweating like mad. So there were many takes. Everything about this song, from the lyrics to the choreography to its music, was instant. Nothing was rehearsed. Sab taaza taaza and garma garam hai is song main. Nothing is planned with great detail.

What reactions are you expecting from Once Upon A time In Mumbaai Dobara? Will its fate at the box office help you choose your future projects?

Not really. I don’t expect much from life. A film is an end product for me. I have never looked at any film as a stepping stone to something big or something more exciting. A film is a journey in itself and I enjoy that journey! I can’t say that this film will establish me as a tapori guy and then I will experiment more in this genre. It’s a fresh start every day.