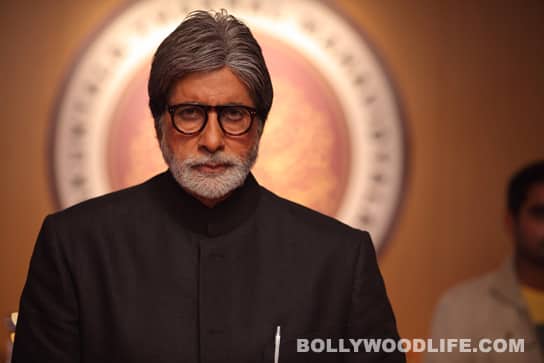 It is uncharitable for certain prominent, not to mention loudmouthed and incoherent television commentators to suggest that the brouhaha surrounding Prakash Jha’s Aarakshan is merely a publicity stunt. Granted that in today’s over-saturated media scenario every filmmaker will go all out to promote his or her film, but surely Jha doesn’t have the governments of three states in his pocket? Persuading Uttar Pradesh, Punjab and Andhra Pradesh to ban the film and getting Maharashtra to seek cuts just for the sake of publicity is too daft and far-fetched an idea, even for the imbeciles who populate television today. Also Read - Rahul Bose, happy birthday!

No, banning Aarakshan merely illustrates the fact that India is a democracy in name only and freedom of expression is a myth. Aarakshan may be a good film or a bad film and may be pro-reservation or anti-reservation, but Jha’s right to express his opinion has been taken away from him. In UP, Punjab and AP, the film was banned without the politicos even watching it, on the grounds that it might be too incendiary for audiences. In UP, the film has been banned for two months. Will the film stop being controversial after two months? Will the images printed on celluloid miraculously change during that time frame? Well, no one has ever accused our politicians of intelligence. Also Read - Is Shahrukh Khan the most patriotic actor?

While they are there, they might as well disband the CBFC. Leela Samson and co passed the film UA without any cuts. The ban and the cuts demanded by Maharashtra only serve to undermine the CBFC’s position. Now, emboldened states will ban any film that irks them with impunity and filmmakers will therefore lose the nerve to make challenging films, leaving us viewers with the pabulum of Krishi Darshan sequels.

Amitabh Bachchan expressed it best in his blog, a rare cry of outrage for someone who is normally very diplomatic:

“If creative expression is to be curbed by institutes that wish to dictate their terms and conditions above the conditions of the legal recognised constitutional formats, democratically accepted and converted into law by the highest authorities of legality, then we might as well accept that we live not in the sanctity of the tenets of democracy but a most unfortunate fascist conditioning. The Government having constituted a statutory body to look into any discrepancies that creative artists may indulge in, through the esteemed office of Central Board of Film Certification, recognises thereby the importance of the creed of the constitution. Now, how many constitutional bodies does a filmmaker need to go to in order that his work of art is passed for public consumption? If the law states that every political party needs to give approval, if every society, every national needs to give approval, then making cinema is not an art. It also may never be able to see the light of day for, if every individual needs to give its approval, then who is left to see the film in the theatre?”

Well-said Mr Bachchan. India has proved today that she is indeed a fascist state.