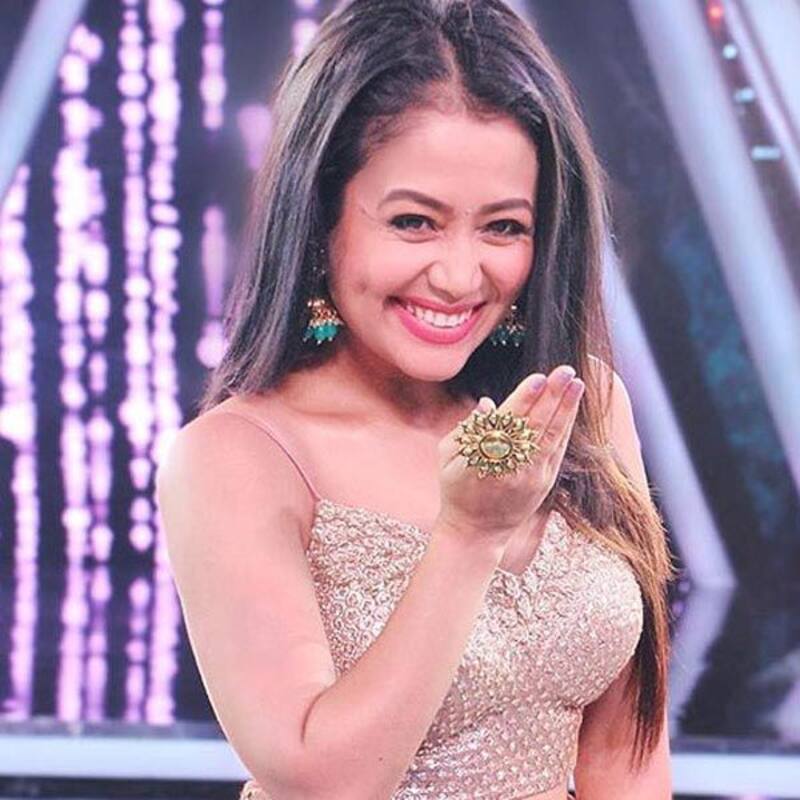 Popular singer Neha Kakkar has been getting severely trolled by netizens for her latest music track, titled ‘O Sajna’. The track is a remixed version of Falguni Pathak's song ‘Maine Payal Hai Chhankai’ which was released in 1999. The veteran singer Falguni had revealed that she wishes to take legal action against Neha's latest song. Falguni even said that she is happy to see fans' love for the original song. She had even reshared a story by her fan that asked her to sue Neha. Also Read - Nora Fatehi to Alia Bhatt: Bollywood Divas who revealed their vulnerable side and cried in public

On Saturday Neha took to her social media and shared her opinion on the hate that she has been receiving from everyone. In her Instagram story, Neha wrote, “And for those who're sooo / Unhappy seeing me / HAPPY and SUCCESSFULL. / I feel sorry for them. Bechaare.. / Plz keep commenting. / I won't even delete them. / Coz I know and Everybody knows What / NEHA KAKKAR Is!!” On the second slide she said that if abusing her and saying bad things to her makes them feel good and they feel they can ruin her day then she is sorry to inform them that she was blessed to have bad days. This God's child is always happy. Also Read - Trending TV News Today: Shehnaaz Gill dedicates her award to Sidharth Shukla, Salman Khan receives backlash for slamming Bigg Boss 16 Sumbul Touqeer and more 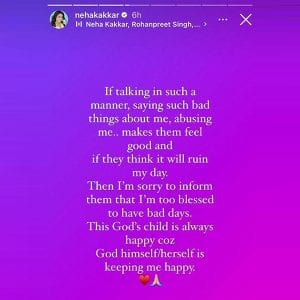 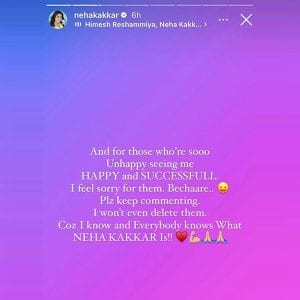 She even shared a note on her Instagram feed and addressed her trolls. Neha's remixed version of ‘O Sajna’ was released on September 23. The song featured Dhanashree Verma and actor Priyank Sharma.