Check out the best dressed TV actresses at the Indian Telly Awards 2015!

The Indian Telly Awards are an annual affair and have entered its fourteenth year.

As we all know, several actors get nominated in varied categories, ranging from Best actor/ actress to supporting actor/actress in a negative role. TV saw tons of new fresh faces this year- Pearl V Puri as Abeer in Phir Bhi Na Maane…Badtameez Dil, Radhika Madan as Ishani in Meri Aashiqui Tumse Hi, etc. The established actors such as Divyanka Tripathi from Yeh Hai Mohabbatein and Ronit Roy from Itna Karo Na Mujhe Pyar, continue to rule the silver screen. The leading stars of TV made it a point to attend one of the most prestigious award ceremonies in Telly land, held last night. While some managed to impress with their appearances, there were others who made us cringe. Here's a look at the best and the worst dressed stars of the night: Also Read - Khatron Ke Khiladi 11, July 24, 2021 highlights: Aastha Gill, Arjun Bijlani, Shweta Tiwari and Sourabh Raaj Jain win locket from Rohit Shetty 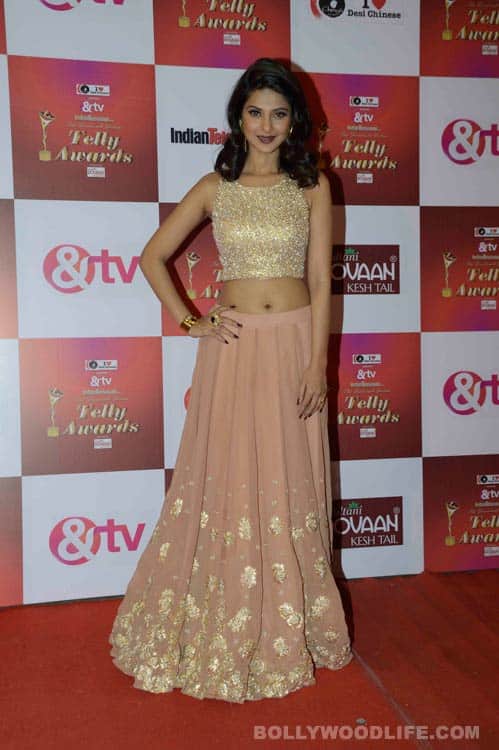 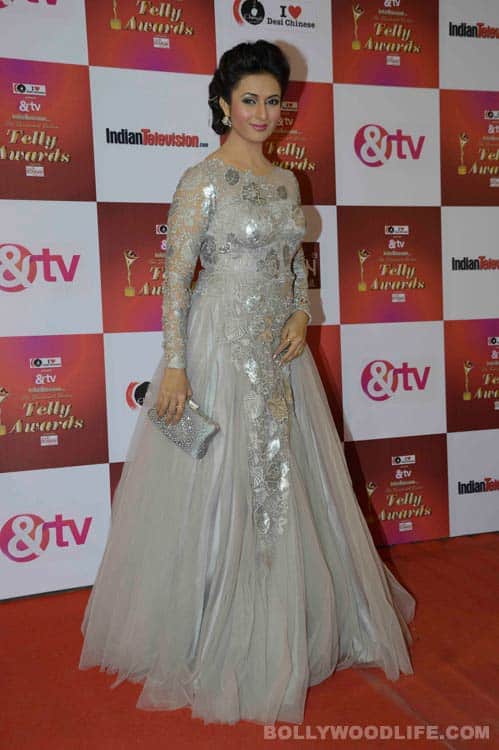 Even though Divyanka's gown is a little out there with all that bling, the Yeh Hai Mohabbatein actress still manages to carry it off, effortlessly. Had it not been for her, this gown could have easily looked loud and gaudy on anybody else. The beauty teamed her look with silver earrings and a matching clutch. The only problem I have with her look is the overdose of silver. Had Divyanka contrasted her look with say a pair of coloured earrings or a black clutch, it would have worked better, But all in all, the actress looked stunning and was all about the bling! 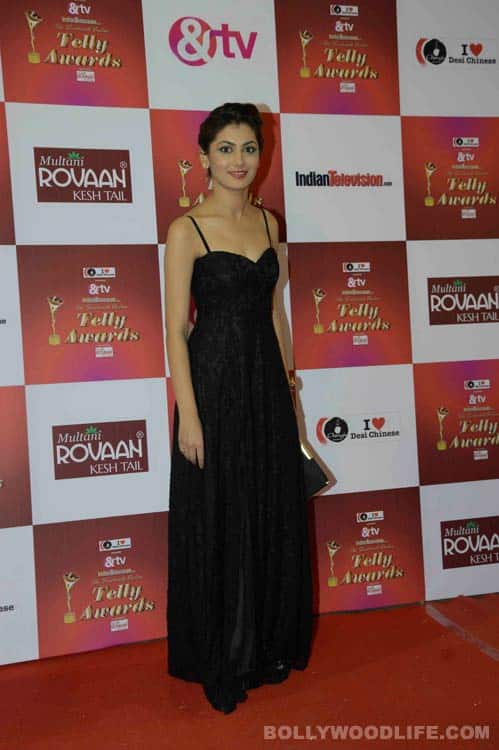 Kunmkum Bhagya's Sriti Jha made a simple and elegant appearance in a plain, strapped black gown. She wore her hair in a neat bun and sported her look with a red lip colour and delicate studs. I would have liked to see Sriti accessorizing her look, a bit more. A nice choker or chunky neck piece would have worked well with the plain black gown of hers. But her overall appearance was classy, much like her. 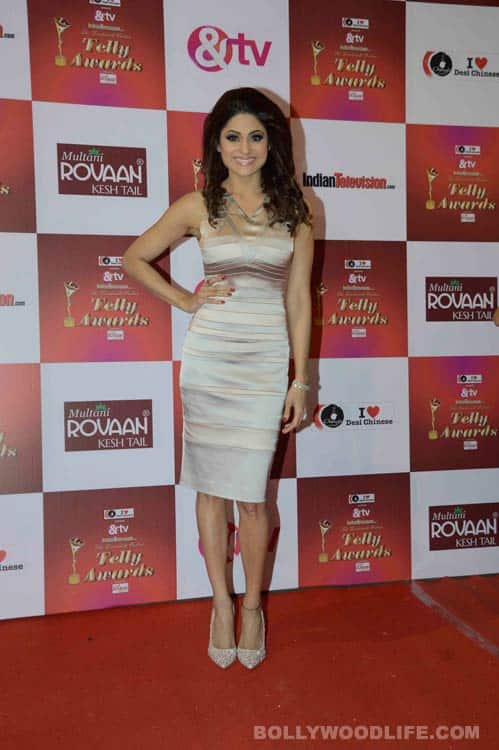 The former Jhalak Dikhhla Jaa contestant looked hot in a figure hugging, off-white dress which she teamed with matching heels. I loved Shamita;s hairdo and the smoky eyed look the beauty sported with her outfit! 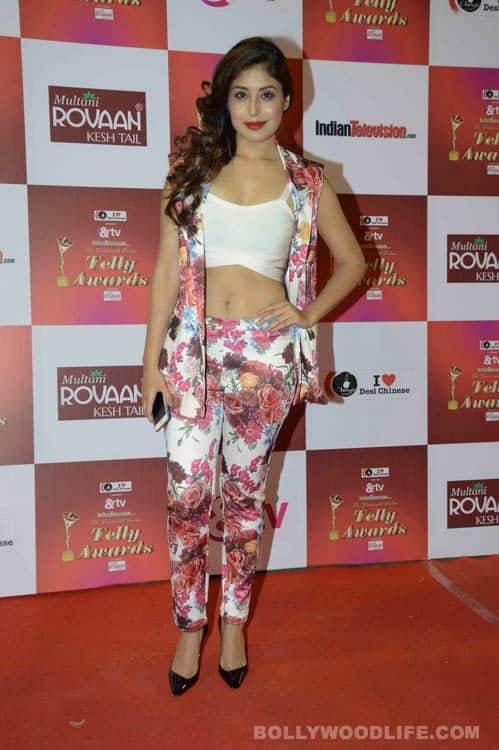 Kritika chose to be edgy with her look, which I liked. Where mostly actresses turned up in gowns and dresses, Kritika stood out with her floral printed shurg and pants, which she wore with a sexy, white crop top. The beauty teamed her look with bright red lips, one -sided curled up hairdo and black pumps. Nicely done Ms Kamra!

And now for the worst dressed. Are you prepared to cringe? 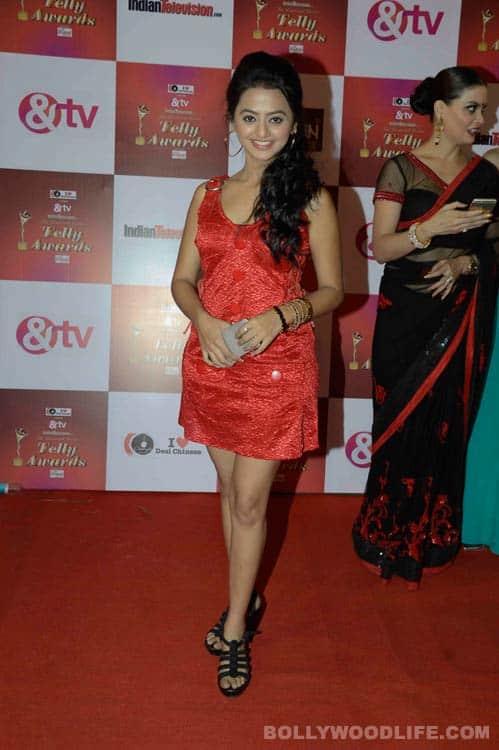 I fail to understand what Helly Shah was thinking when she chose to turn up in this outfit for the awards night. The Swaragini actress actress showed up in a shabby red coloured dress which was disastrous in itself. Like this gaudy piece of clothing wasn't enough, Helly decided to team it up with unflattering black footwear. It seemed like Helly forgot she had to attend an awards show and collaborated this FAIL look at the last minute. Again, what was she thinking?! 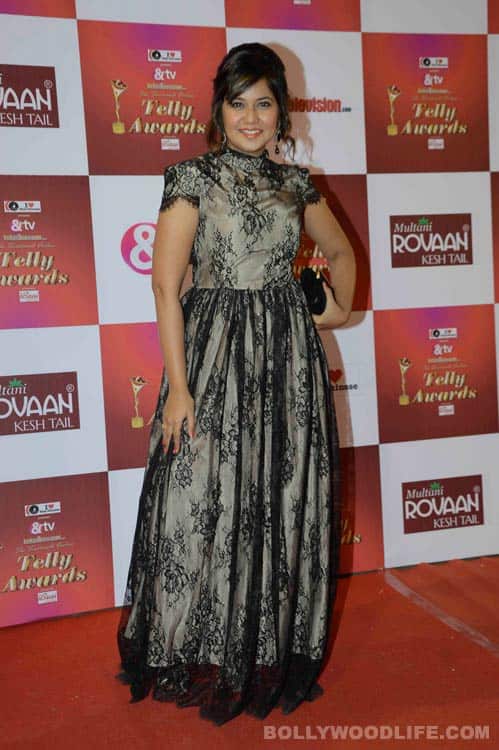 The ex- Bigg Boss 8 contestant showed up in a black and white net gown, which could probably pass off as a curtain in someone's living room but certainly not as a classy outfit! Why Roopal why? 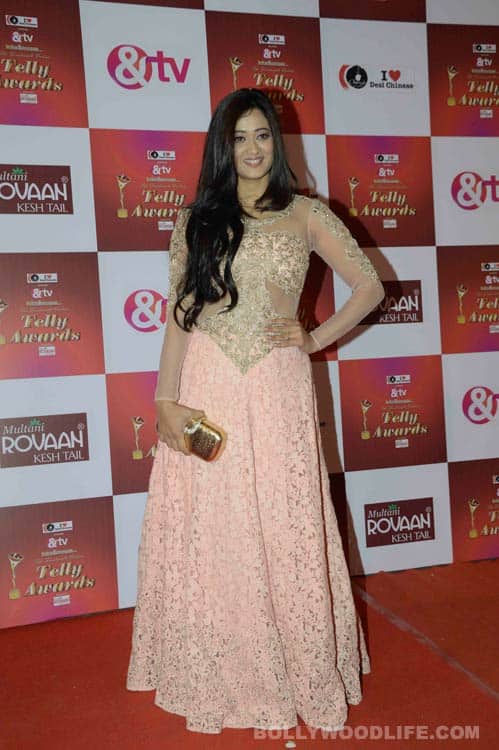 Apart from the fact that this lace gown does nothing for Shweta's body and is ill fitting, I can't get over the unappealing design on it. The peach and golden combination doesn't work and fails to compliment Shweta's skin tone. If the actress wished to go for neutral colors, she could have chosen a simple plain peach gown and accessorized the same instead of wearing this lace one.

That's a wrap! Who do you think was the best and the worst dressed? Check out all the pictures in the gallery above and post your thoughts in the comments section!