India's Most Wanted: Ranveer 'Baba' Singh and Deepika Padukone aka Angie have THIS to say about Arjun Kapoor's film

Arjun Kapoor's India's Most Wanted is directed by Raj Kumar Gupta, who previously helmed films like Raid, Ghanchakkar, No One Killed Jessica and Aamir.

Arjun Kapoor's India's Most Wanted hit the marquee this Friday. The film has Arjun Kapoor playing the role of Prabhat Kapoor, an intelligence officer who leads a team of five people into unknown places in Bihar and Nepal to hunt down a dreaded terrorist who was responsible for the killing of 400 people. The film is different from other espionage thrillers as the force here is totally unarmed. Filmmaker Rajkumar Gupta who has delivered films like No One Killed Jessica and the super-hit Raid has helmed the film. He told us that the story of these unsung unarmed men touched him immensely and he took three years to draft the script. This is his first film with Arjun Kapoor and the collaboration has been a great experience for both. (Also Read: India's Most Wanted: Arjun Kapoor's reply to 2010 German Bakery blast survivor is heartwarming - view post) Also Read - Trending South News Today: SS Rajamouli gears up to shoot back-to-back schedules of RRR, Rakul Preet Singh slams reports of having no work in Tollywood and more

And although the opening day didn't rake in huge numbers, the film has witnessed a 45% growth. Considering it's the weekend, the numbers are poised to grow upwards with positive word of mouth. While that is that, people are appreciating the performance of the Ishaqzaade hunk. From fans to other B-town peeps, everyone is appreciating Arjun's restrained act in the film including 'Baba' and 'Angie'. If you haven't gotten the drift, we are talking about Ranveer Singh and Deepika Padukone. The duo took to Instagram to praise Arjun's effort and lauded the film for bringing forth an untold story. Arjun of course, replied with gratitude and reposted it on his Insta stories. Check it out here. Also Read - Will Ranveer Singh and Arjun Kapoor be seen in a film together soon? The Ishaqzaade actor answers – watch video [Exclusive] 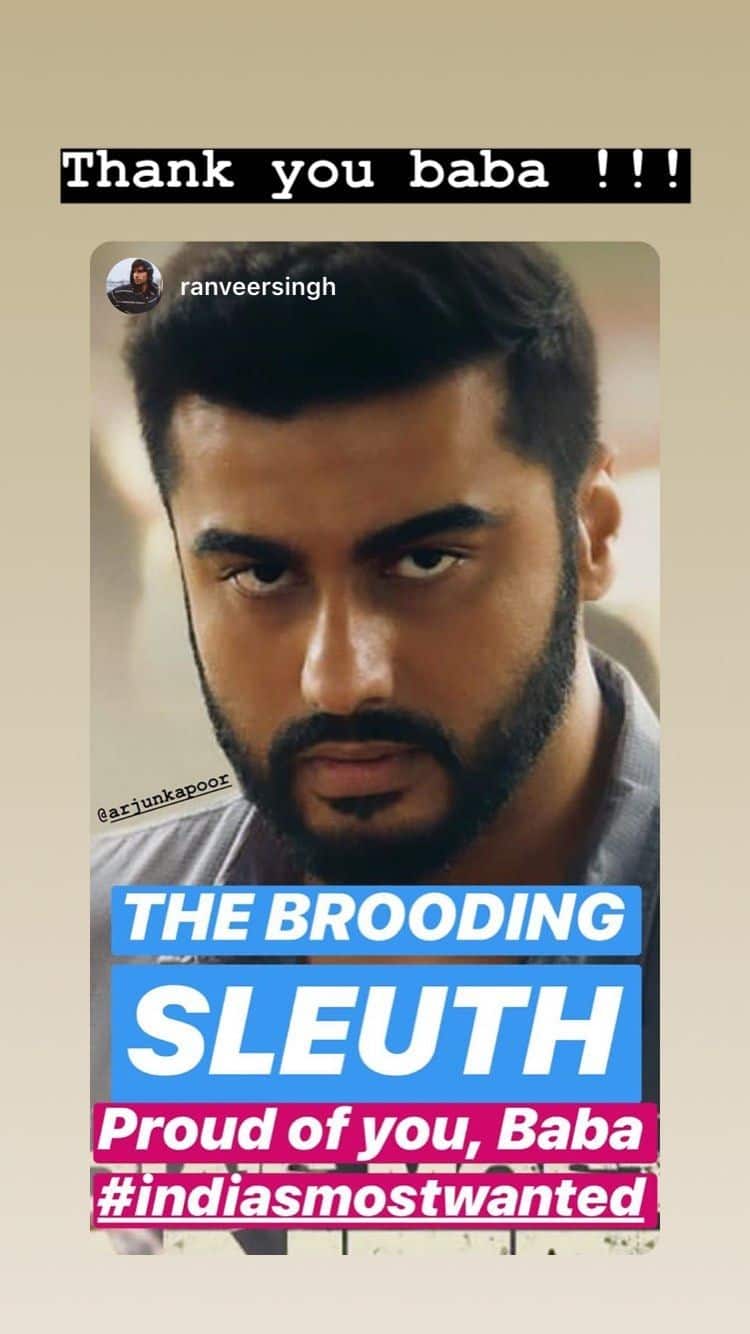 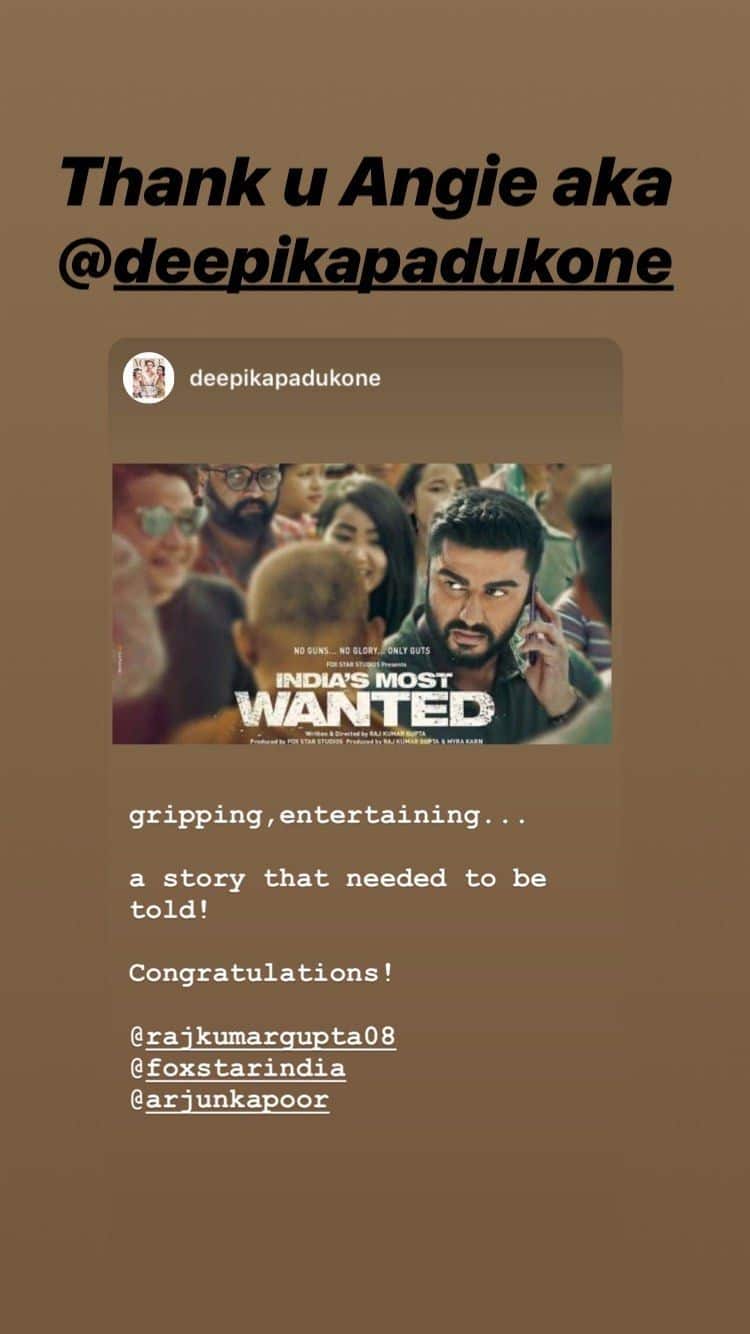 Of course, 'Baba' is public knowledge, but if you're scratching your head about 'Angie' it was DeePee's character name in Finding Fanny where she co-starred with Arjun Kapoor. What a cute dynamic, right?

BollywoodLife's editor Tushar P Joshi reviewed India's Most Wanted writing, "Arjun Kapoor’s performance is restrained in the right places. The script has very little scope for drama and over the top moments. Arjun’s vulnerability becomes his biggest strength as Prabhat. His bonding with his men and the unflinching passion to safeguard his country from men with evil plans is well portrayed. Gupta also raises the interest bar by setting the film in Nepal and giving the story an unique twist."

While many are speculating that it is based on the life of Yasin Bhatkal, it will only become evident after people watch the film. India's Most Wanted is based on the lives of unsung unknown officers who risked lives in a covert mission to nab the terrorist unarmed. Stay tuned to BL for more scoops and updates!