Farhan Akhtar and Shibani Dandekar are Bollywood's newest IT couple. Especially after they exchanged 'I Love You' on Instagram, hence making it official for all the fans out there who were rooting for their ship! In fact, it gave all the more reasons when we heard that the duo has exchanged rings and honestly, it couldn't have been more romantic. Apart from their subtle Insta PDA, of course ahead of their rumoured April wedding! But while there is time till that we are just looking at their pictures together and heaving.

And not just mean romantic vacay pictures, mind you! We are talking sweaty, workout pictures also. We all got lucky when the duo agreed to let us all peep into their couple workout routine and did a photo series with Vogue India. The jodi, which super fit anyway, is training under retired international kickboxer Drew Neal and are throwing punches both literally and figuratively. Don't believe us? Check out the pictures here and see for yourself. 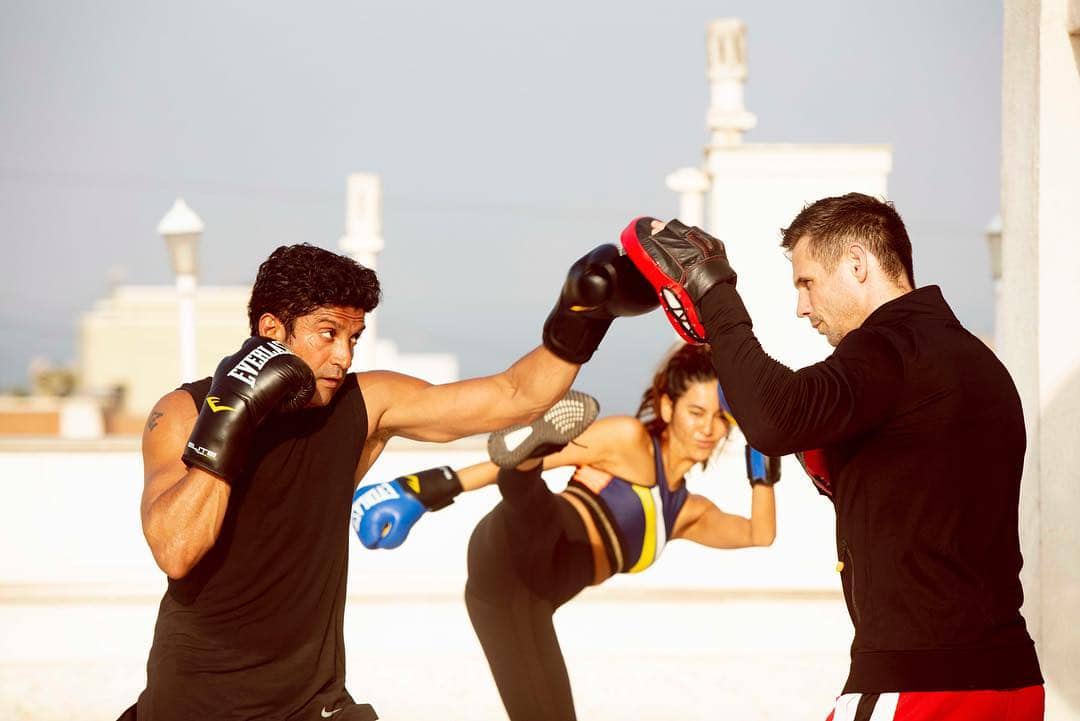 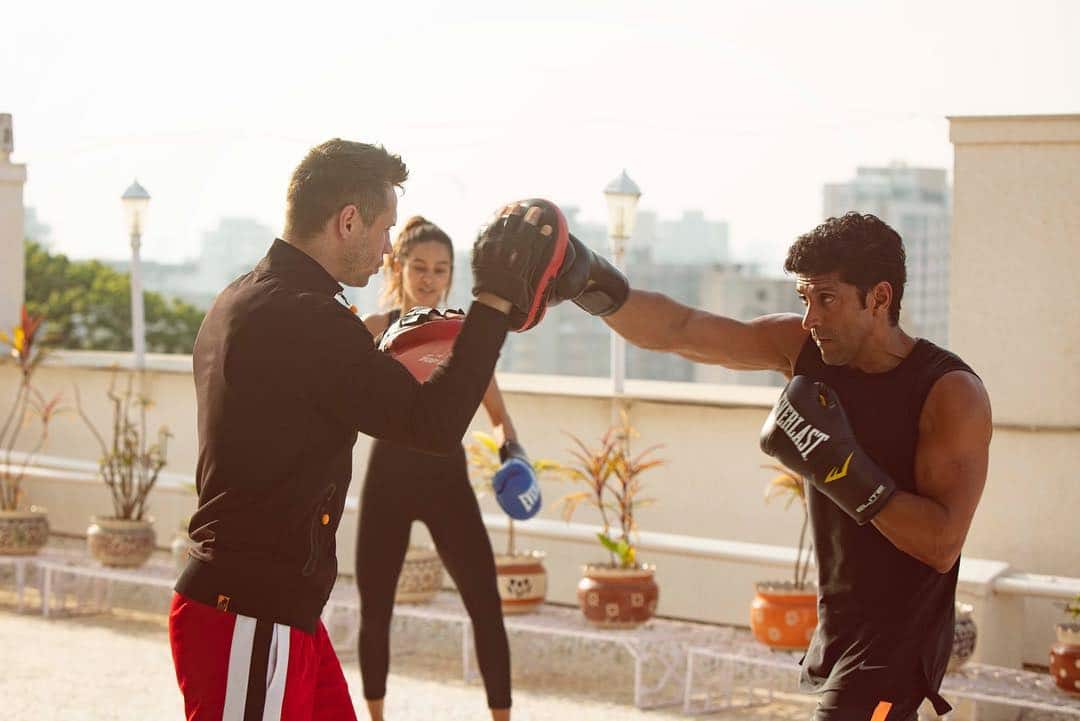 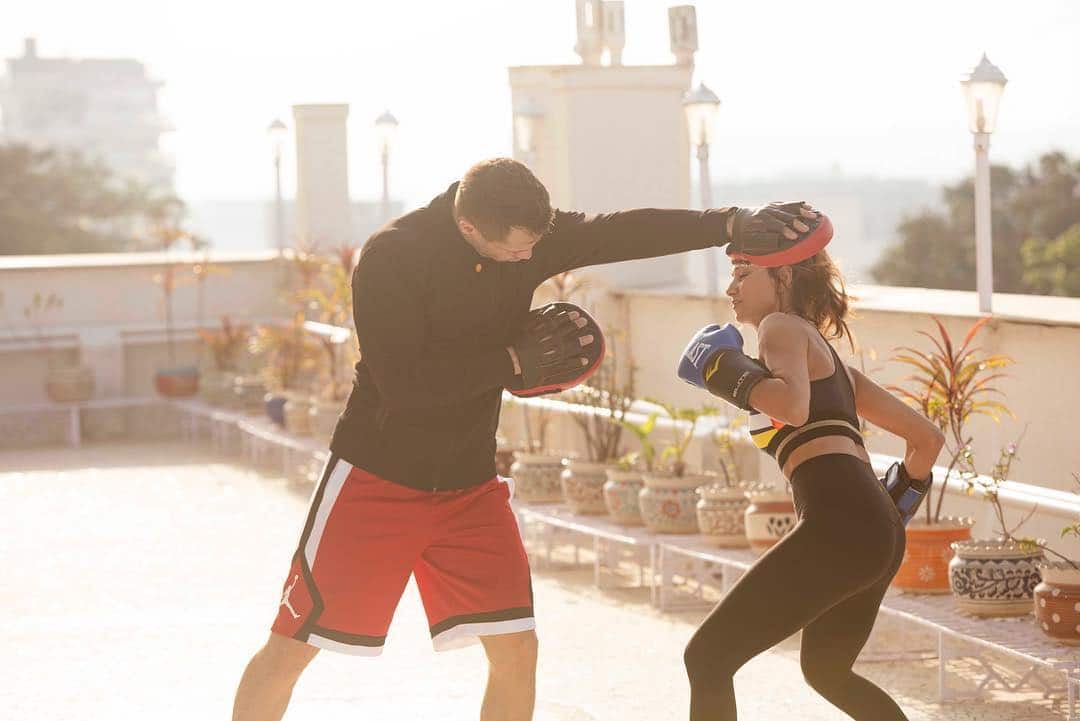 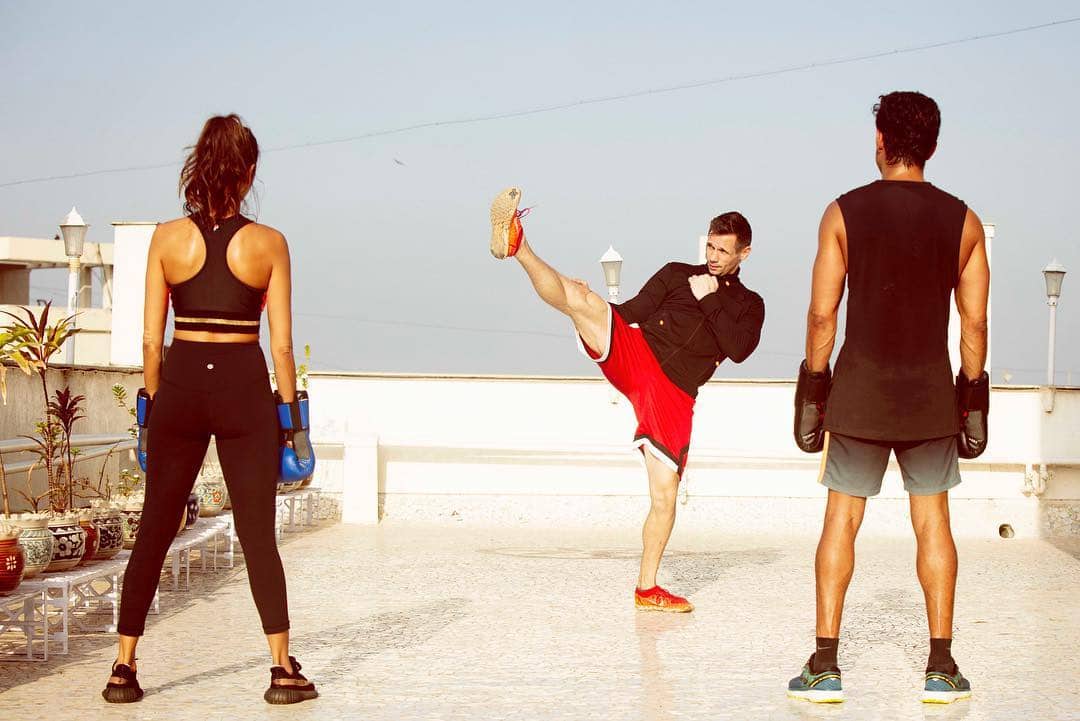 See what we see? Well, not like you an unsee it!

Talking to Vogue about how the whole 'partner' regime started, Drew said, "Shibani attended my kickboxing classes for the past year. I don’t think she really knew what she wanted initially, as she has trained pretty much her whole life and was already in great shape [when I met her]. I’m sure she [must have] had reservations at the start, but she trusted me and we set to it. It soon transpired that Farhan was also interested in trying something new, and Shibani recommended that we do some kickboxing sessions together. As luck would have it, Farhan was finalising the details of his next movie role, which has him playing a boxer. That’s how our workout relationship was born—I would focus on Shibani’s gym work and nutrition and turn Farhan into a boxer and of course, we would hit some boxing sessions all together [at times]."

This man is changing the game for me one punch at a time! No other form of training makes me happier than hitting the pads and sometimes @drewnealpt ? Thank you for holding my hand through this process (not just with boxing but strength training as well) ,for helping me be the best version of myself and for making me stronger day by day! You are so much more than a trainer and i’m super grateful for you and your dedication ❤️ ?

Not just that, he also spilled beans about the couple's favourite workout and added, "Obviously their goals are very different, but they both enjoy hitting the boxing sessions together, usually on the weekend on the terrace at Farhan’s home. These sessions are goal orientated, but they also have an element of fun to them. There is definitely some competitiveness between them, which can be seen when they are hitting the pads, both trying to get the combinations correct and hit with more speed and more power. Shibani will occasionally hit Farhan with a sneaky punch on the arm in between rounds to keep him on his toes. As a coach, I can say for certain that they give their all and do everything I ask of them. The banter between them make the sessions enjoyable for all of us and we work our smiling muscles just as much as our biceps."