It's raining birthdays at the Kapoor household. Just yesterday we brought to you pictures of Karisma Kapoor's elder daughter Samaira's 13th birthday. Karisma along with her ex husband Sanjay Kapur threw a lavish party to celebrate her entry into the teens, making it look like one sweetest surprise ever. Little did we know Karisma's younger son Kiaan's birthday too falls a day after Samaira's birthday(March 11). Yes! The young champ turned 8 yesterday and the loving mommy ensured to make it all the more special by gift him his favourite Pokemon themed birthday bash. Also Read - Katrina Kaif, Sara Ali Khan, Salman Khan, Kareena Kapoor Khan and more: 10 Bollywood celebs who were caught flaunting love bites – view pics

Karisma's Insta story is our album for the day. She's even posted Kiaan's pic on her page with a caption saying, "#happybirthday#myjaan#reachforthestars#mama’sjaan #pokemongo", proving how much she adores her son. We are sure Kiaan must have been the happiest to see all the surprises coming his way. Here, check out the pics below: Also Read - BTS' V, Ranveer Singh, Kangana Ranaut and more celebs who have a distinct love for Gucci 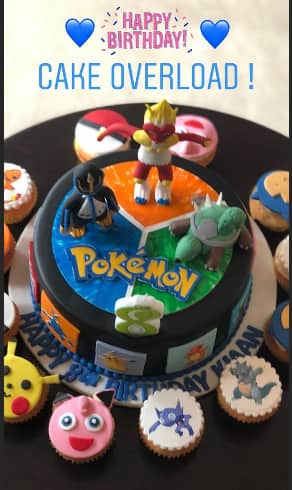 Also Read - 'She would stab me,' Saif Ali Khan reveals one thing he would not dare to do with Kareena Kapoor Khan 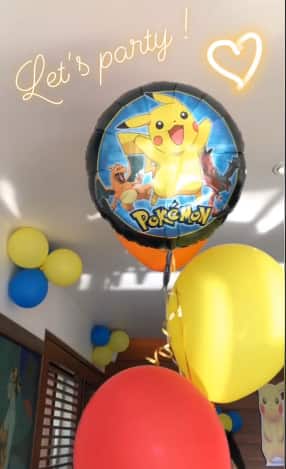 That way, Karisma is one hands-on mother who prioritizes her kids over anything else. In fact, the reason why they don't make frequent public appearances is also because Karisma wants them to have a normal childhood and not one that's controlled by the paparazzi as she had once mentioned, “I try to shield my children as far as possible from public glare. I want them to have a normal childhood, like we had. We went to school by the school bus, had school food… There was no special treatment given to us. The same applies to my children as well. My kids have a very simple home life. We don t discuss movies all the time. Instead, we are always discussing studies, activities. It s not a special home or anything different. It s like any normal child growing up."

It's left to find out if Kareena's baby Taimur too made it to Kiaan's birthday party yesterday! Guess, Karisma's Insta stories will answer that for us in the next half of the day. Until then, keep watching this space for more updates.