See the celebs who were dressed to kill!

International Indian Film Academy Awards concluded last night in Bangkok. Sridevi, Irrfan Khan, Nawazuddin Siddiqui, Meher Vij were lauded for their performances in their respective movies in 2017. Other than that the event boasted of fabulous performances by Ranbir Kapoor, Arjun Kapoor, Kriti Sanon, and the ever-so-magnificent Rekha. But coming to the real deal, the starry event was every fashion enthusiast's playground. From dream outings to the worst nightmare come true, our favourite Bollywood celebs evoked all emotions through their OOTDs at the main event. Also Read - Ayushmann Khurrana's reaction to a troll's comment that he 'looks like a chihuahua being carried about in a pink ladies bag' is HILARIOUS – watch video

We will be talking about the Best Dressed celebs of last night, with a worst dressed celeb list to follow. It is great to see celebs take an opportunity and make full use of it. The following celebs were dressed to the T. Fans, take notes. Also Read - BTS fan Diljit Dosanjh's new album title Moon Child has a special connection with RM's mixtape

Shraddha Kapoor redeemed herself, after the IIFA Rocks' yellow dress, with a gorgeous pink and maroon number at the main event. The actress wore a satin gown from Reem Acra's pre-fall 2018 collection and looked stunning. She did not go overboard with makeup which added elegance to her OOTD. And extra points for beautifully styled hair. Also Read - Doctor G first look out! Ayushmann Khurrana aces the look of a surgeon with his geeky avatar 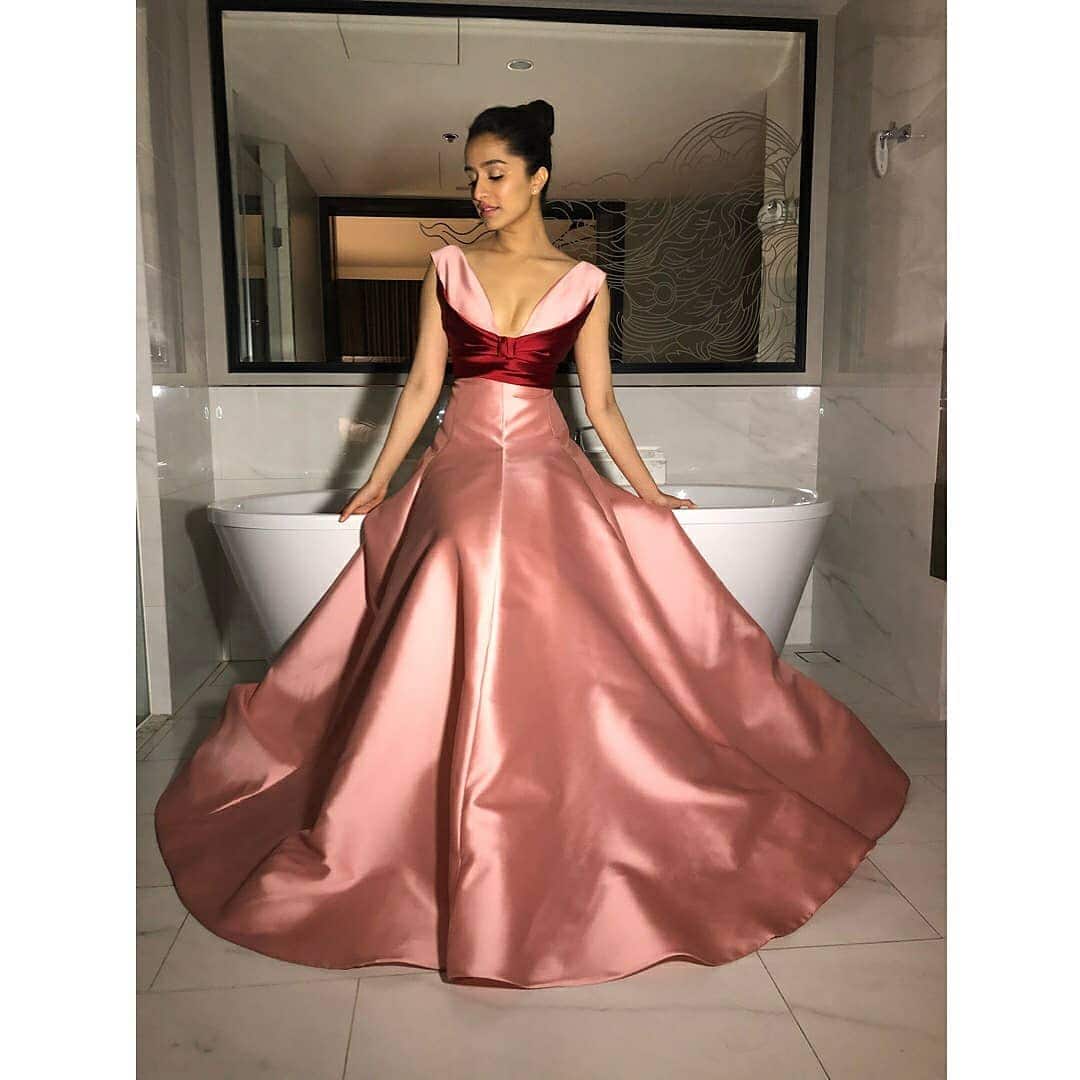 The Bareilly Ki Barfi actor was looking fabulous and probably the better dressed of all, even on this list. He went for a daring white, in a stark opposite of safe black that men usually pick, for the event and pulled it off effortlessly. Full marks to Rahul Khanna + Rohit Gandhi for this gorgeous looking white three-piece suit. 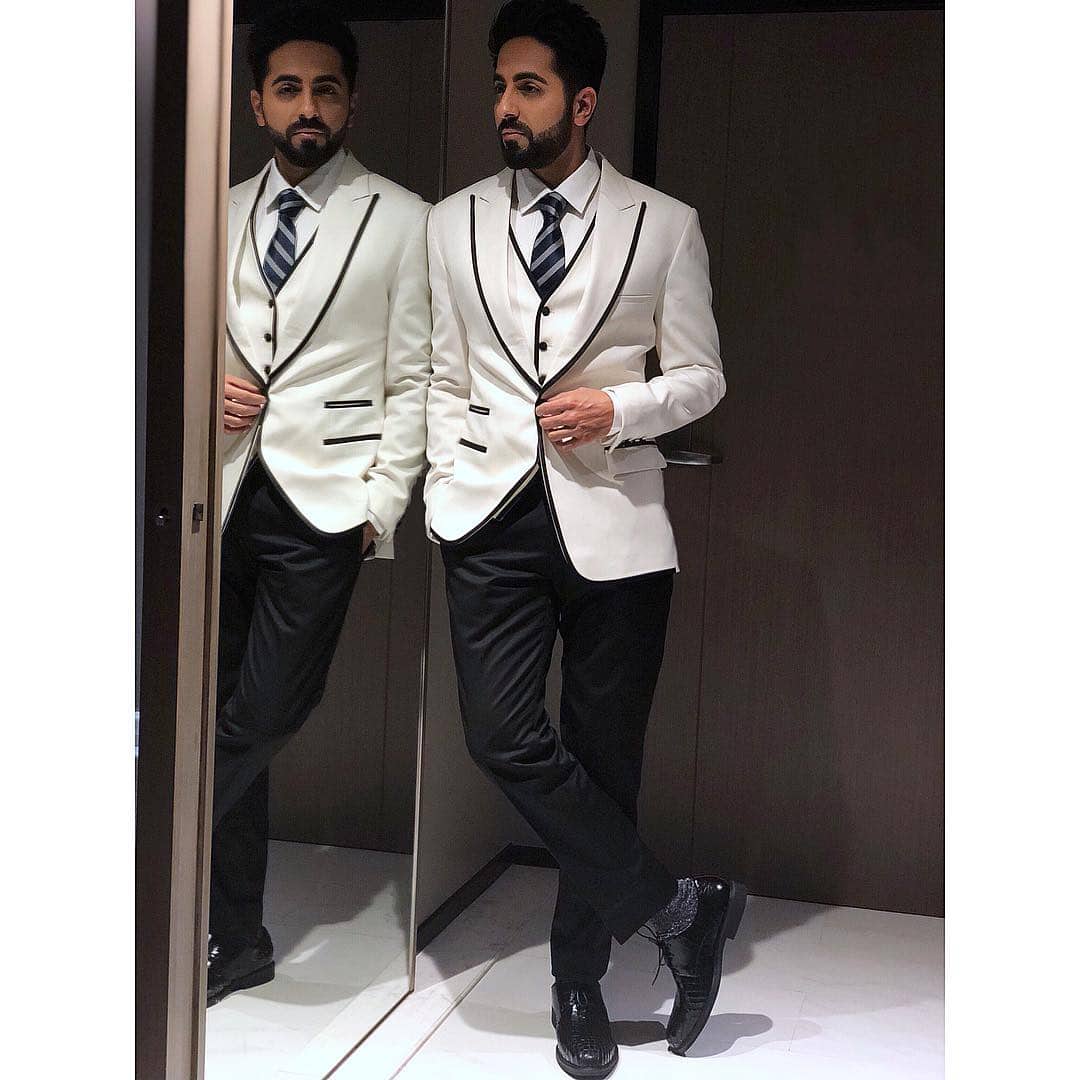 The Sanju actress was dressed simply and elegantly reminding us why she won Miss Asia Pacific 2000. She wore a number by Krésha Bajaj and we are loving that high slit. 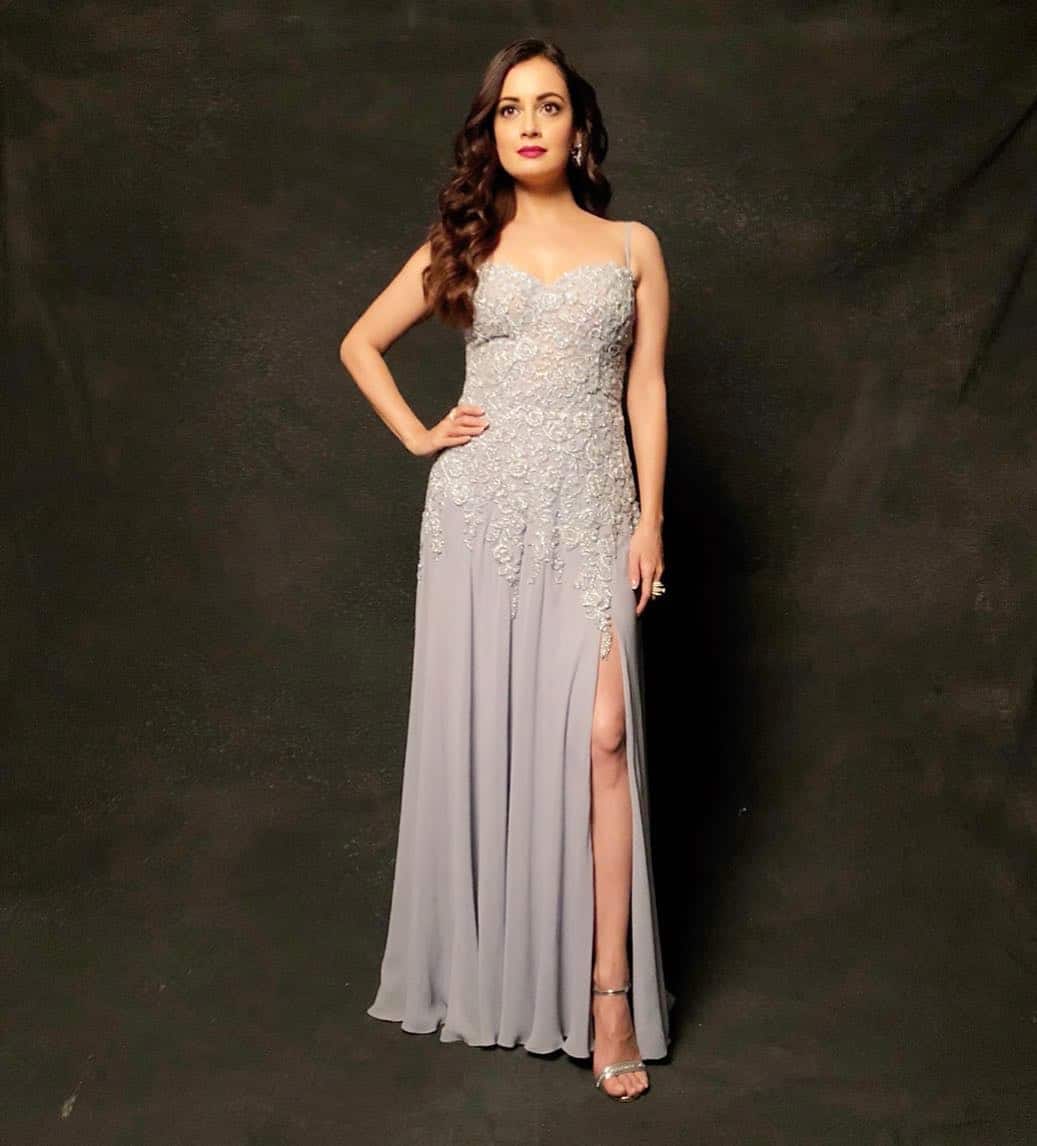 The Sonu Ke Titu Ki Sweety actress had a disastrous outing at the IIFA Rocks event. But she went for the kill at the main event as she was dressed splendidly. She wore an elegant yet super sexy sheer dress with floral print. Applause! 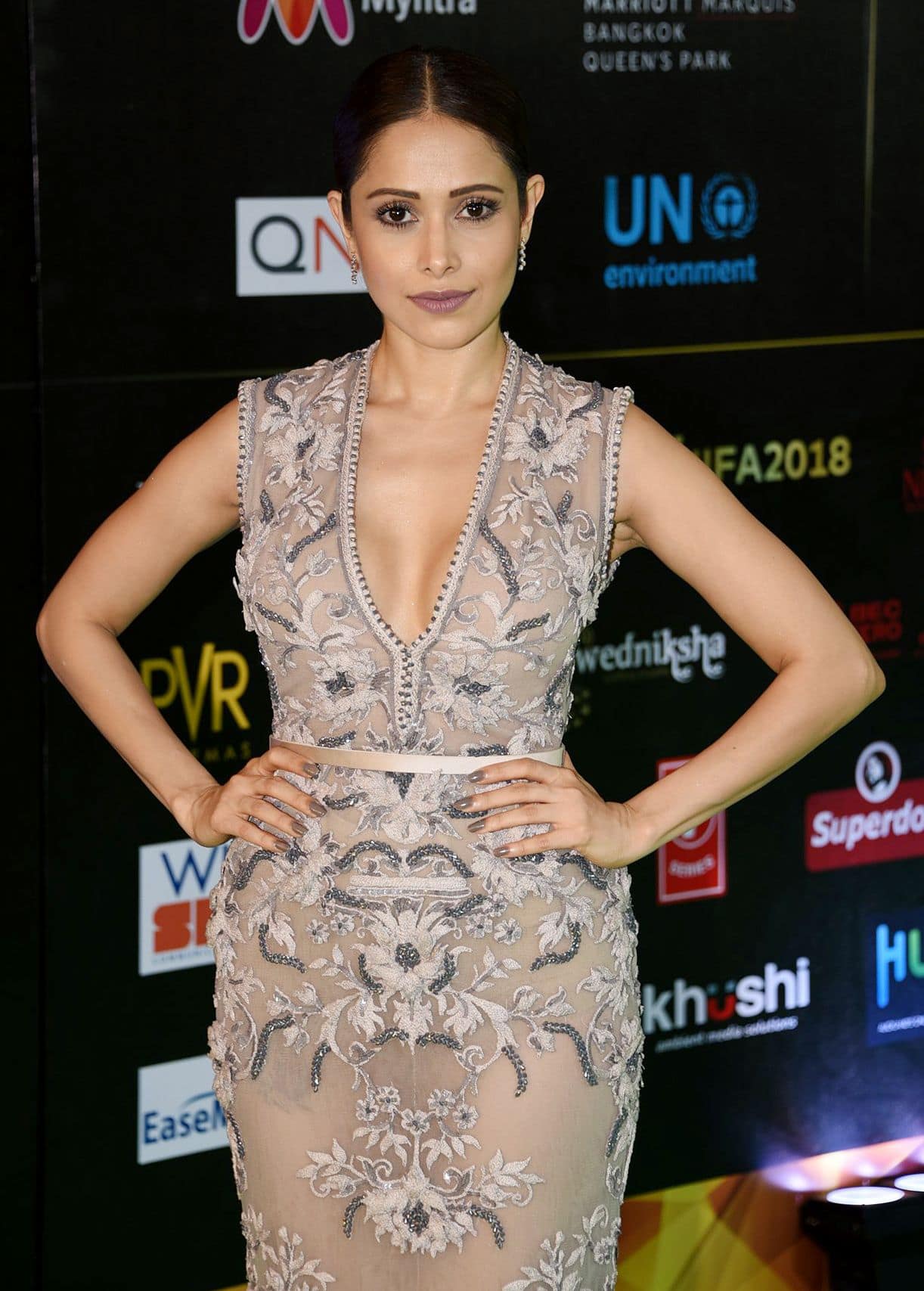 Kartik was the rare celeb last night who wore a double-breasted tux. He was looking AMAAHZING in the Emporio Armani tuxedo. He wore Jimmy Choo shoes for the night! What a beauty. 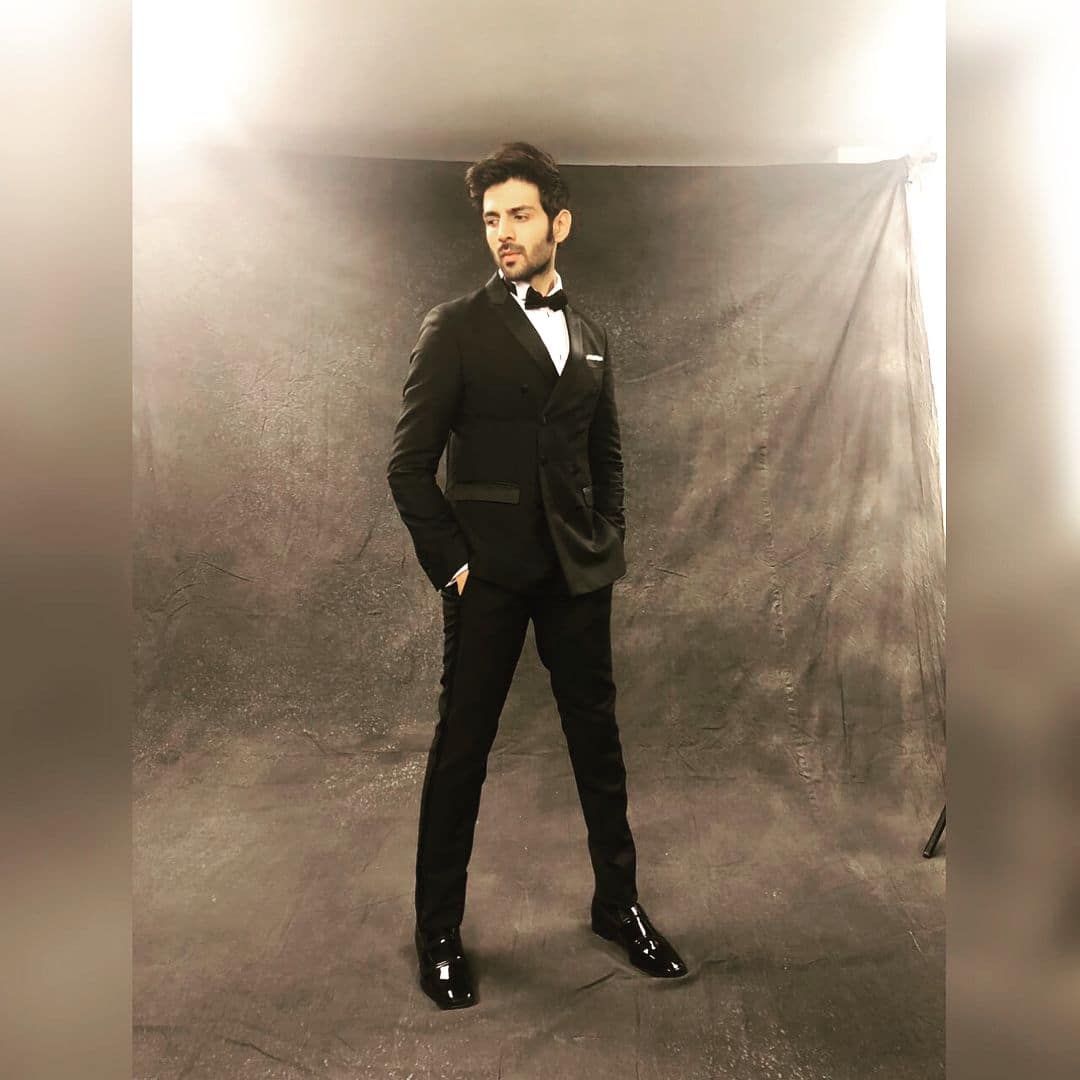 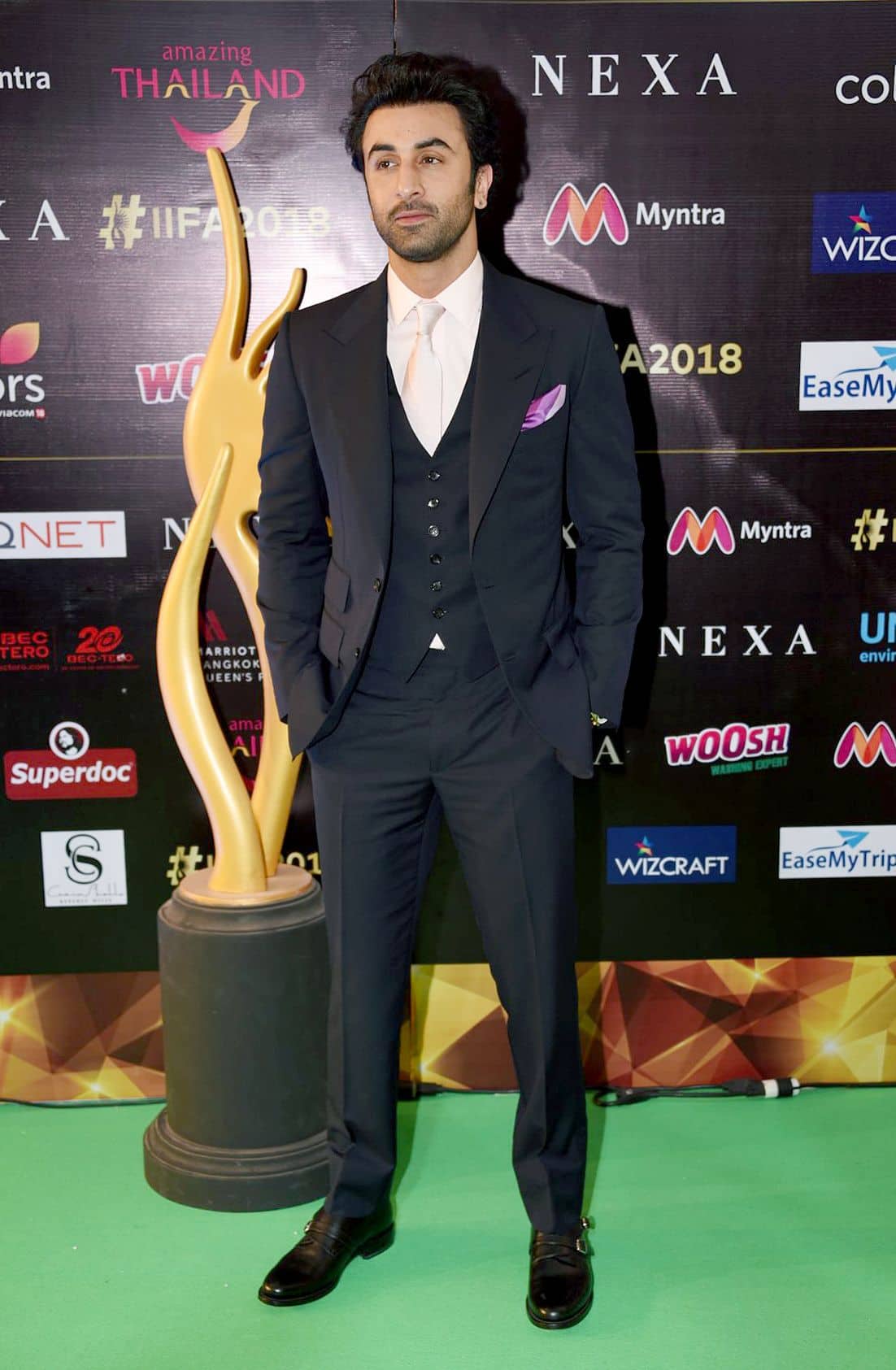 The actor looked dapper in a black suit with a slight shimmer on it. The black coat was striped with black with gave it a distinct feel. And of course a cute bow tie. Though, we are not sure if he wore all shades of black from top to bottom or was it just the bad lighting that makes it seems so. Points deducted if its different shades of black! 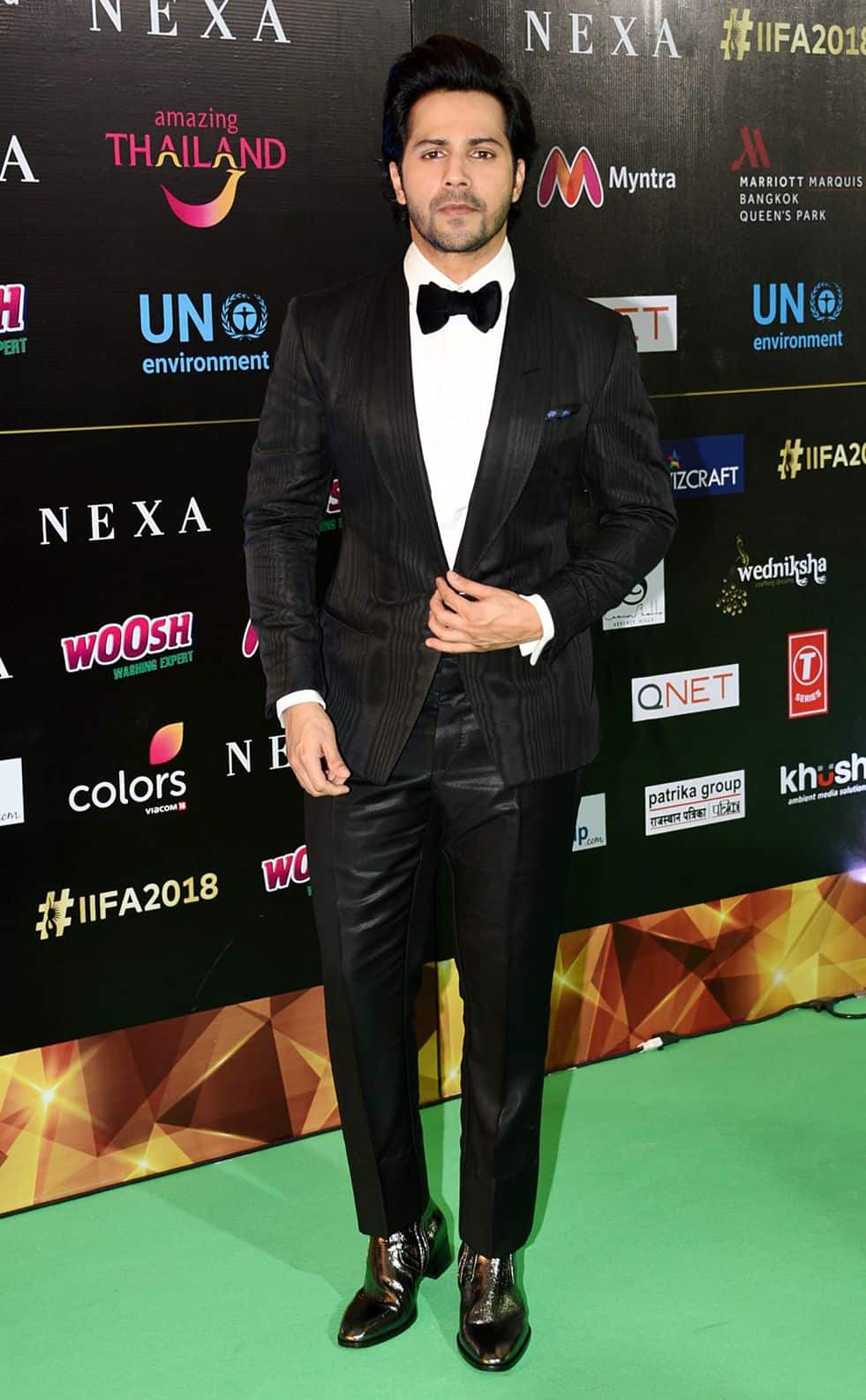 Kriti looked beauts in bespoke Mark Bumgarner. Though, we have to add this is not the designer's best work. Also, it sort of reminded us of Aishwarya's Cinderella-inspired Michael Cinco gown. But, damn, is Kriti carrying this gown so fabulously. All marks to Kriti alone for landing on this list here. 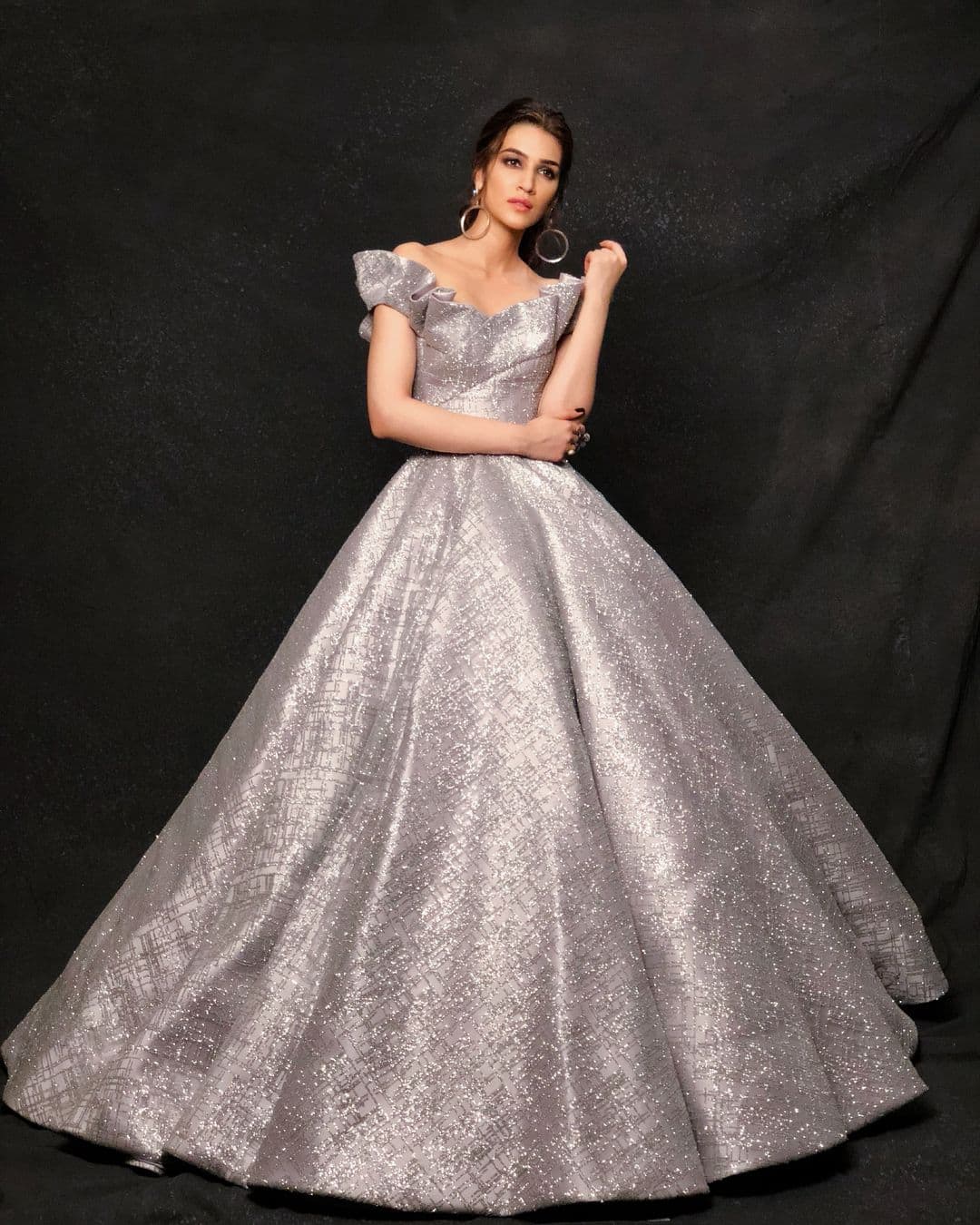 The handsome actorwas styled by Kunal Rawal. That dash of blue with the Tom Ford scarf on his black Armani tux is adding an extra edge to his OOTD. To oodles of sex appeal, Arjun is adding a tinge of cute with his bowtie. Certainly, dressed to make ladies go weak in the knees. 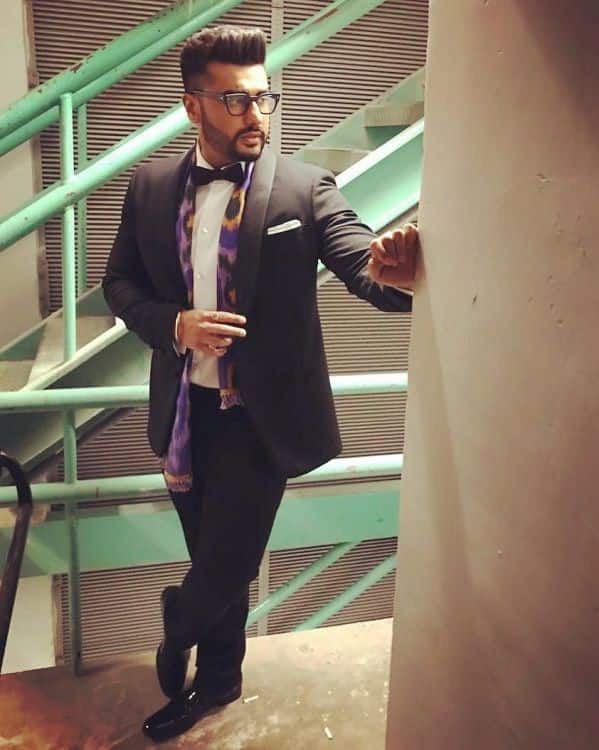 Who is your favourite? Tell us in comments below!