Director SS Rajamouli's film RRR is going places and how! Ram Charan, Jr NTR and Alia Bhatt starrer movie has been winning hearts in Hollywood. A lot of Hollywood celebs have been praising RRR a lot. And Jessica Chastain has joined the list as well. 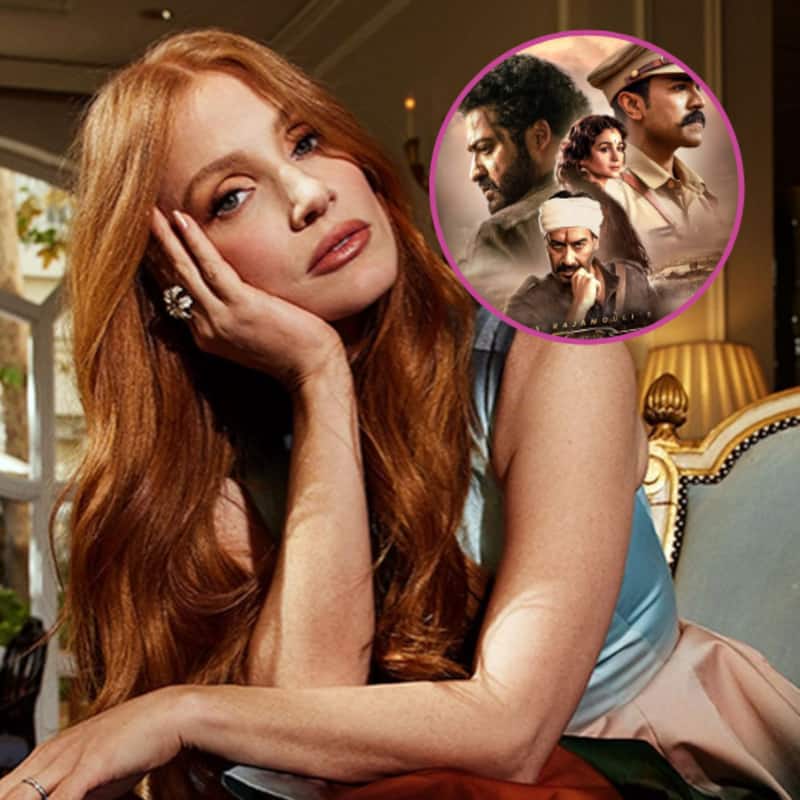 SS Rajamouli film RRR is one of the biggest Hindi movies that have won hearts everywhere in the world. It has won hearts just in India but abroad, that is, in Hollywood. And we are not talking only celebs but the films is also winning big by getting nominated at various international awards and film festivals, including Oscars. And now, Interstellar actress Jessica Chastain has heaped praises on the movie as well. RRR has been praised by a lot of popular Hollywood celebrities. A lot of international celebs have praised RRR on Twitter as well and Jessica Chastain has also praised the movie. Also Read - Oscars 2022: When and where to watch the 94th Academy Awards, hosts, performances, nominations – here's all you need to know

RRR has been grabbing headlines in Entertainment News a lot. Even before the release of the movie, the SS Rajamouli-directed film has been going places and winning hearts in the foreign land. People are loving the whole movie and even enjoy the song, Nattu Nattu. And now, Jessica Chastain has heaped praises on RRR. She shared a video clip of Nattu Nattu which is presented by Variance Films at the Oscars for the Best Original Song. Jessica shared the tweet and said, "Watching this film was such a party." Check out her tweet here: Also Read - Oscars 2022 Winners PREDICTIONS: The Power of the Dog, CODA, Will Smith and more – check out who'll shine at the Academy Awards

Watching this film was such a party ? https://t.co/ew9pg5YwCn

Talking about RRR, the movie is a fictional period drama which stars Ram Charan, Jr NTR< alia Bhatt, Ajay Devgn and more celebs. SS Rajamouli has won the Best Director award at the New York Film Critics Circle. At the acceptance speech, Rajamouli said that the west have reacted to RRR the same way Indian have done.