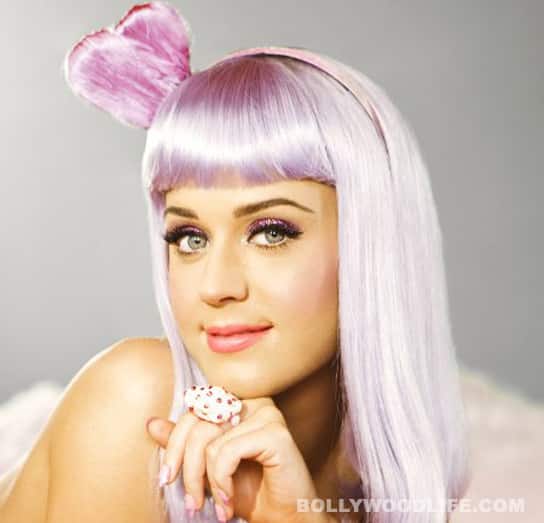 International pop icon Katy Perry landed in India for her show at the Indian Premier League (IPL) 2012 opening ceremony, and said she is honoured to be in the country. After taking a flight from Tokyo, she tweeted, "After what felt like longest flight ever I'm finally here! Honoured to play Chennai! This is my first performance in India. Almost fell asleep in my curry last night, no joke... Woke up feeling so much better after a fresh meditate... feels appropriate being in India." Katy went desi chic with a blingy choli, maang tika and bindis for her maiden performance in India at the star-studded opening ceremony.The 27-year-old was the star attraction at the glittery event, held at the YMCA Grounds to kickstart the cricket extravaganza. Also Read - Kaun Banega Crorepati 13: Neeraj Chopra recreates iconic lines from Amitabh Bachchan-Rekha's Silsila in Haryanvi and you'll be left laughing hard – watch

Katy sang Teenage dream to the packed audience, already smitten with performances by Amitabh Bachchan, Priyanka Chopra, Kareena Kapoor, Salman Khan, Prabhu Deva and Colonial Cousins. She refrained from exposing too much for the Indian audience, but managed to add zing to her outfit by wearing almost transparent, pink-coloured lowers with sequined work. Her makeup was truly desi with bindis set above both her eyebrows, like that of an Indian bride. Her international back singers too carried the Indian flavour by flaunting saris. Also Read - 10 of the most talked about Bollywood celeb link-ups that startled everyone

This is not the first time the singer is visiting India. She tied the knot with now estranged husband Russell Brand in a traditional Hindu wedding ceremony in India in October 2010. Welcome back, Katy!