Amidst the nail-biting kidnapping drama in Swaragini, die-hard fans of the show were in for a shock when Patali Devi made an entry

Last night, we saw the Agnipariskha of Swara and Simar of Swaragini and Sasural Simar Ka. The highlight was the introduction of Patali Devi (Meghna Naidu) who will create havoc in the lives of Simar, Swara and Sanskaar. The track will continue tonight as well. However, everyone is hoping that this Sasural Simar Ka influence on Swaragini ends ASAP! Well, we are not saying this but it's the viewers who have taken a strong objection. The comments on social media platforms range from angry, desperate, frustrated and hilarious. We bring to you some of the best reactions... Also Read - Yeh Rishta Kya Kehlata Hai, Balika Vadhu 2, and more: 12 TV shows that saw high TRPs after a time leap 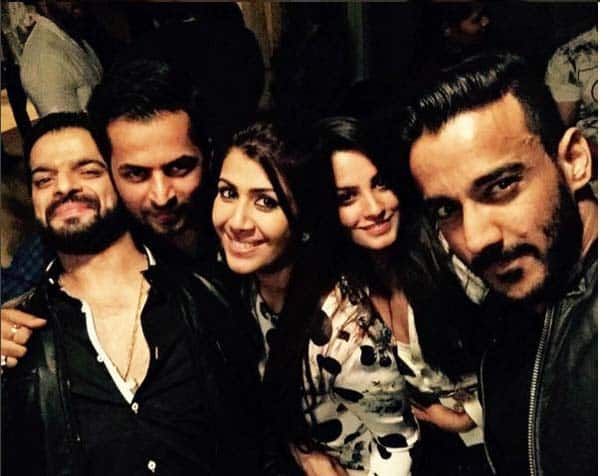 Also Read - Anupamaa: As Gaurav Khanna aka Anuj Kapadia makes hearts aflutter with his swag quotient, let us rewind some of his fashionable moments with missus Akansha Chamola — view pics

iLoveBarun Vivian: what crap is this? bhoot and aatmas. give us a lovely swasan story

Godfrey Pereira: who the f**k came with the idea to merge this bullshit sasural simar ka with swaragini....poora dimmag ka dahi kar diya..you people are losing viewers bc mc

Pardha Saradhi: how long will these 2 serials stay together tell me.. till then i will not watch this serial

chaitanya vemulakonda: What nonsense. .. ssk is a bhakwas serial with nagins bhooths and what nots... why are we getting to watch the crap in swaragini as well? Even after viewers express interest in watching swasan track in multiple threads.. what are the makers getting into? It is even better to watch ragini's spineless acts rather than watching this nonsense. Please don't ever club these two shows.. or else we will stop watching this show as well