Shyam Chaurasia who works as a part-time employee in the Ashoka Institute of Technology and Management has made an Iron Man suit prototype. Check out the story to find out more

Iron Man is one of the most famous characters from the Marvel superhero universe. The character is one of the favourites of many across all generations. A fan from Varanasi has come up with an amazing idea and has developed an Iron-Man suit which can be helpful for the Indian Army. Shyam Chaurasia who works as a part-time employee in the Ashoka Institute of Technology and Management has made an Iron Man suit prototype. Shyam has spoken about how the suit will prove to be a great help for the Indian Army. Also Read - BTS' Indian ARMY dedicates Ek Villain song Humdard to RM and his response creates fan frenzy

In an interview with ANI, Shyam Chaurasia said, "It is a metal suit designed to help the Indian Army soldiers during their encounters with terrorists and enemies. Currently, it is just a prototype, but it can help the soldiers immensely during the times of the battle. We have used gears and motors and it also has a mobile connection so that it can be used remotely. It has sensors that will help the jawans even when he is attacked from the back." The suit has been made of tin currently but Shyam is determined to ask for funds for completing the model. Shyam has also revealed that the suit would also keep the soldiers safe and reduce the risk on their lives. He said, "I would urge the government agencies like DRDO to take note of this suit and to build upon it to help the soldiers as other countries like Pakistan among others too are working on such models. The cost of a soldier's life is very high, what I have done is just an attempt to bring it in the radar of DRDO and other agencies." Also Read - Galwan Valley attack: Bigg Boss 13's Sidharth Shukla extends support to Indian Army; says, 'Sacrifice will not be in vain' 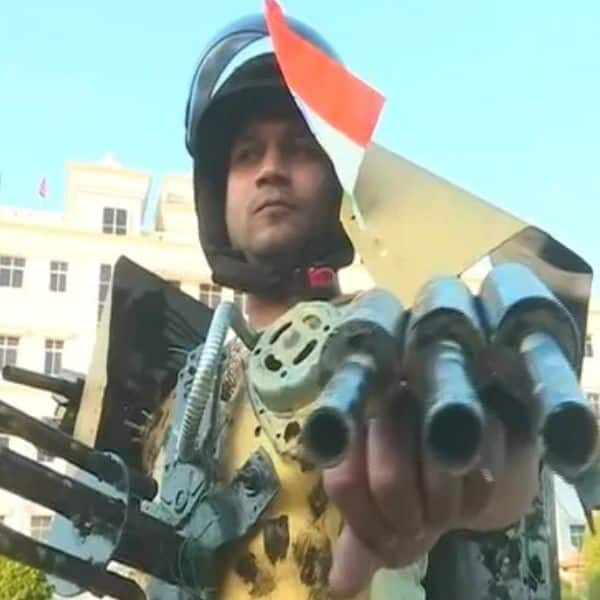 Well, we are quite excited to know how this model will actually look like. Stay tuned to BollywoodLife for more scoops and updates.