Irrfan Khan won the Best Actor award for Angrezi Medium at the Filmfare Awards as well as the Lifetime Achievement Award. His son, Babil Khan picked up the award on his behalf. He has shared pictures with Jaideep Ahlawat and Ayushmann Khurrana. It was Ayushmann Khurrana who presented the award to Babil Khan. For the occasion, he wore a pair of wide legged trousers, a short kurta with a jacket and sneakers. The look is so reminiscent of his dad, the late Irrfan Khan. Fans showered love on the young man who is gearing up to pursue a career in the movies. Also Read - From Shanaya Kapoor to Khushi Kapoor, 4 star kids who will be making their debut soon 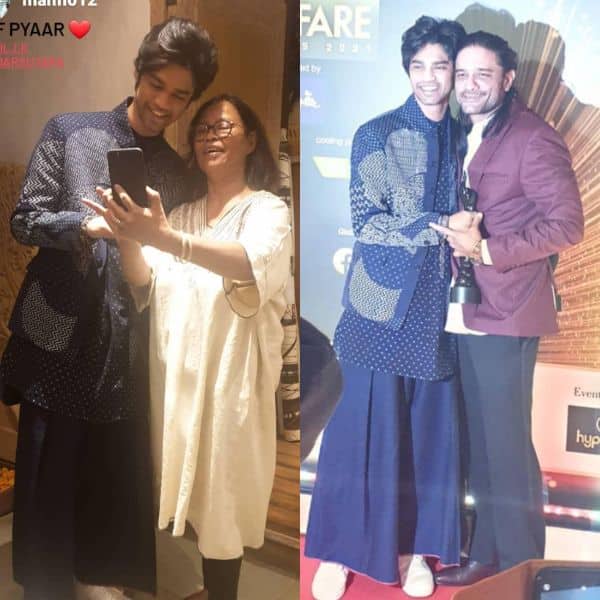 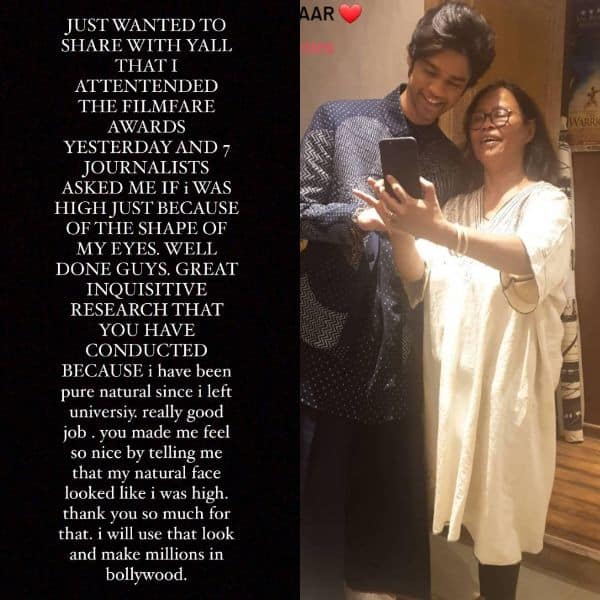 Babil Khan shared a video of him getting decked for the award. His father's makeup man Naqi Bhai also did Babil's makeup for the same. His mom, Sutapa Sikdar looked on indulgently as they got him readied for the big function. Irrfan Khan's son, Babil said he does not feel that he looks sexy a day back and fans reminded he was every bit as appealing as his late dad. Ayushmann Khurrana also wrote a poem in honour of late Irrfan Khan. He passed away in April 2020 after battling neuroendocrine tumour.

In the poem, Ayushmann Khurrana wrote, "We artistes are a unique species.
We have our vulnerabilities and imaginations and theories. We rely on observations and experiences. We live and die a thousand deaths on the celluloid or on stage. But the power of those performances makes us immortal." Babil Khan is studying in film school in London. The young man also told fans some days back that Irrfan Khan's last film, The Song Of Scorpions will be releasing in theatres in May, 2021. The film also stars Golshifteh Farahani and Tillotama Shome. It is made by the maker of Qissa.