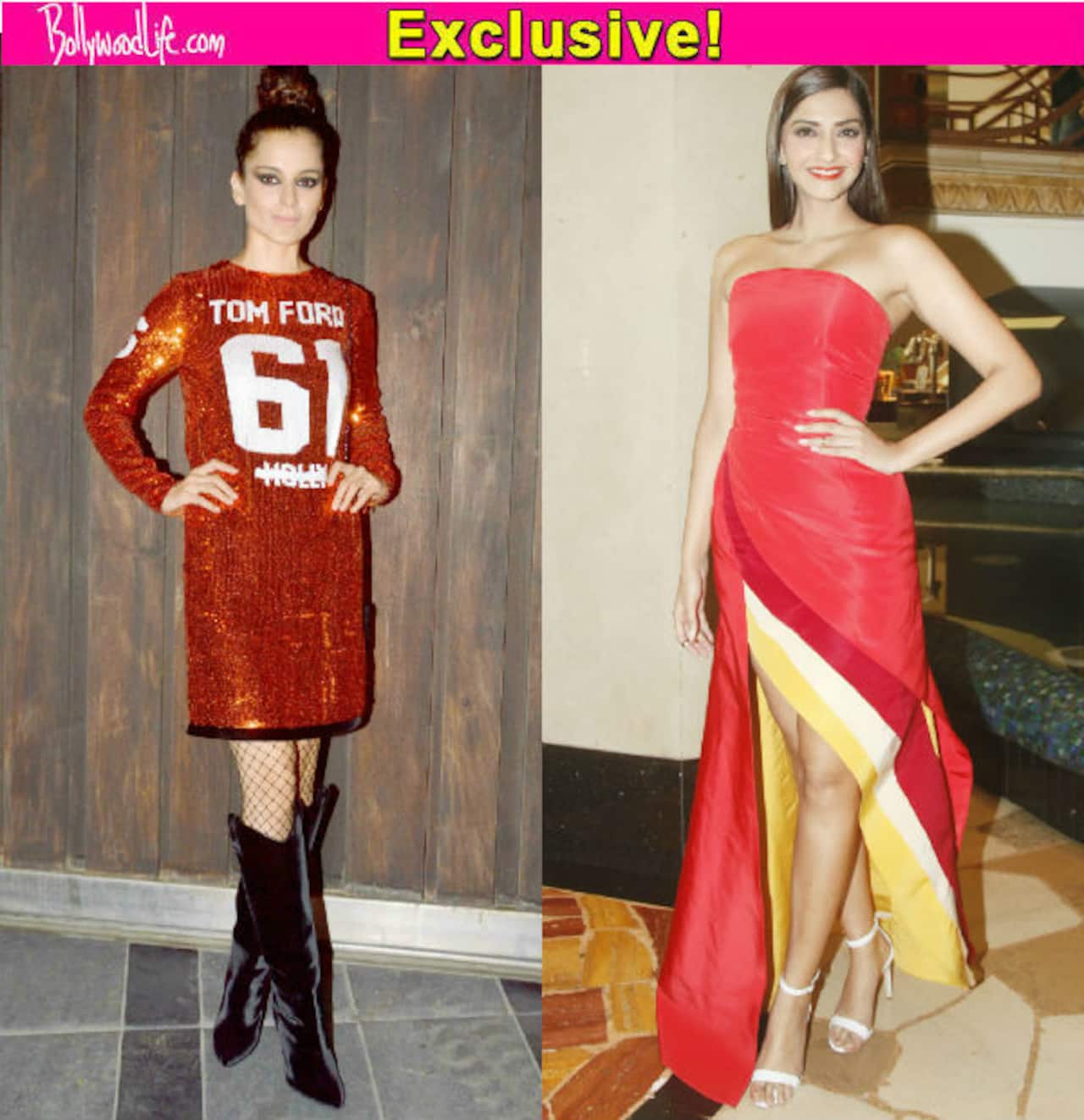 Is the new fashionista in town going to replace the Dolly Ki Doli glamzon?

Kangana Ranaut may have deprived us of any red carpet looks due to her aversion to award shows this year but she sure has made up for the same by being spotted at various soirées being her stylish best. Also Read - Trending Entertainment News Today: RRR maker SS Rajamouli meets 'God' Steven Spielberg, Urfi Javed lodges police complaint against Chitra Wagh and more

Kangana's is a style that is not just chic but edgy and urbane as well. She loves being demure with her outfits but she also likes making a fierce statement with her bold choices. Also Read - Sonam Kapoor gets slammed by netizens after staff fetches her slippers to wear after yoga class; call her, 'Real nepo kid'

If you too have been drooling over Kangana's style statements these past few days, join the club! Recently at the Queen success bash, her outfit was SO glam that it totally struck a chord with me and I became a Kangy-loyalist! Also Read - RRR star Ram Charan and wife Upasana to Deepika Padukone: Times when Indian celebrities rocked the desi looks at international events

I have always liked Kangana's personal style, it is peppered with exuberance and elegance but her Tom Ford jersey dress for the Queen bash was such a sharp contrast! One cannot NOT take note of that number and love it! That look was feisty, the bold eyes were right off a runway and the fishnet stockings added the right amount of sexiness. The boots look like friggin' steal and Kangana's scored big with her party chic look.

Much like Kangana, Sonam Kapoor too has made a mark with her edgy style sense. The two divas who often engage in a war of words on other counts agree about one thing, the fact that they both know how to dress well. Sonam is always considered as the uncontested fashionista of Bollywood due to her unconventional and trend-setting choices but after looking at Kangana's latest fashion sense, I'll have to say that Sonam might be posed with some serious threat!

Do you agree? Tell me your thoughts in the comments section below!