Is Katrina trying to get back with Salman? 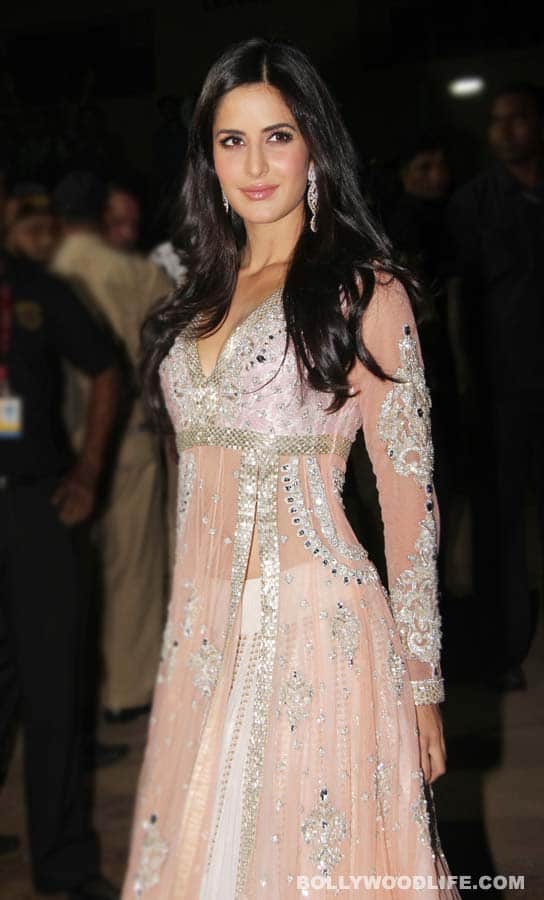 On a TV chat show that is still to go on air Katrina Kaif explains why she maintains a silence when it comes to her personal life. The actor said, “…it’s a very personal thing since the start. I'm very sensitive about the other person involved.” But what caught our attention was, “And in the eventuality of life, if you break-up and get back together, I don't want to explain myself to the media constantly. I'm a sensitive person and I choose to protect myself by not talking about my relationships.” Noble thinking, but is Kat hinting at something, a reunion of sorts with ex-beau Salman Khan perhaps? Insiders say that there is a strong possibility of this happening. And we don’t doubt it, given the recent stories we hear. The couple broke up as lovers but continued to stay friends. And then, after a long time, they also signed a film together - Yash Raj’s Ek Tha Tiger. That’s not all. It was reported that recently Katrina dropped by on the sets where Salman was shooting. Meanwhile Kat’s other significant, reported-ex-beau Ranbir Kapoor has been painting the city red with Kingfisher calendar model Angela Johnson. Apparently last week the two had gone together to watch Hollywood film X-Men at a theatre in the neighbourhood. The young model also attended Ranbir’s house party for friends from the fraternity. In fact, Angela recently went on record saying that she has dated B-town’s heartthrob Ranbir. Now wouldn’t all this make you think that Ran-Kat is old hat and Sal-Kat is finding new life? Also Read - Salman Khan and Aishwarya Rai Bachchan together at Mehboob studio - find out why?