Is Madhuri Dixit right to charge Rs 5 crore per film? 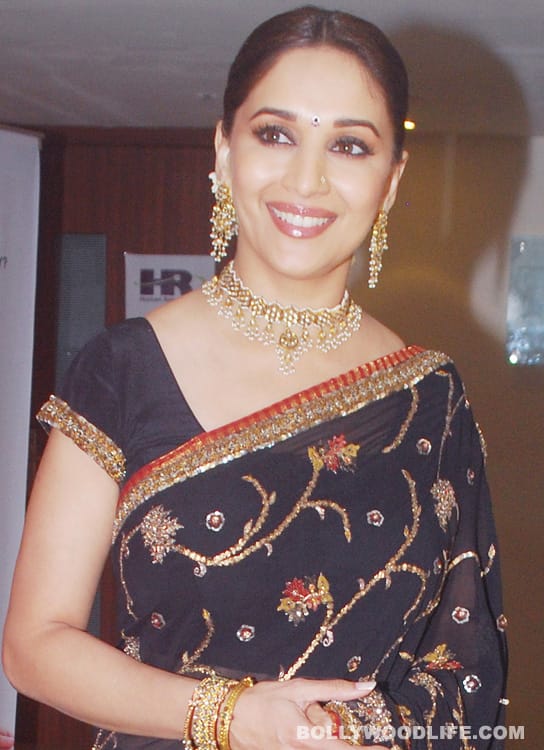 Also Read - Saif Ali Khan once threatened a photographer ‘Camera tod dunga’; Kareena Kapoor Khan was the reason behind it

The actor is reportedly demanding the same fee as Katrina Kaif

Madhuri Dixit Nene is back in Mumbai and gearing up to return to Bollywood. However, she and her fans will have to wait for that to happen. It’s not for the lack of films. Producers are more than eager to cast her. The problem is that Madhuri is demanding Rs 5 crore for a film! She has made it very clear to filmmakers that she is no less than a Kareena Kapoor or a Katrina Kaif as an actor and there is no reason for her to charge lesser than them. Also Read - Salman Khan, Sonam Kapoor and more celebs who opened up about their sex life

There is a second problem: she wants to do only women-oriented movies. Now you’ll agree that such movies really don’t work at the box office. Vidya Balan did it twice (lucky her) but such films were – and still are – a risk. Making it on a low budget isn’t possible when Mads herself is charging so much. That’s why even though producers have approached her for several movies, including the Satte Pe Satta remake, Mads is yet to sign one. Wethink that having been away from Mumbai and Bollywood for so long, Mads has forgotten certain things. First, you are as good as your last film. And Mads’ last film Aaja Nach Le was a flop. So were her films before that – Yeh Raaste Hain Pyaar Ke, Hum Tumhare Hain Sanam and Lajja. Her last hit was Devdas in 2002 and before that it was Dil To Pagal Hai in 1997. Compare this to the fact that Kareena charges between Rs 6 and 7 crore, Katrina charges Rs 4 to 5 crore and Priyanka Chopra charges between Rs 3 and 4 crore per film. All of them have had huge hits recently, are younger than Mads and are willing to do sexy, inconsequential roles in hero dominated films. Even Vidya charges between Rs 3 and 4 crore per film despite the fan following that she has now got after The Dirty Picture. Also Read - Cannes 2022: Hina Khan copies Priyanka Chopra's look for the film festival, fans say, 'You are a goddess'

We agree that Madhuri is a much better actor than all of them put together but making a woman-oriented film just for her is a huge financial risk. Even Mrityudand, the woman-centric film she did during her heyday didn't work at the box office. We are not surprised that producers are hesitant about casting her. Rs 5 crore is a huge amount to invest in a senior actor when returns cannot be guaranteed. It will be best for Mads if she takes some time and rethinks her choices. Till then, she has her reality shows, food channel brand ambassadorship and television commercials to keep her busy.