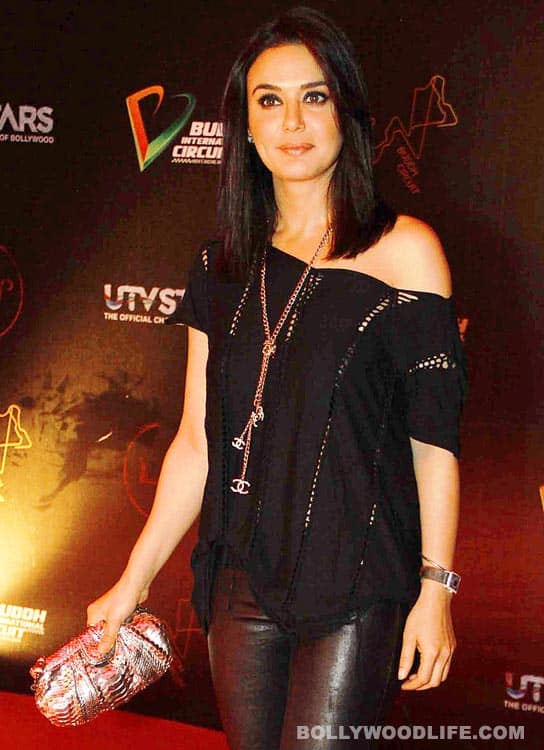 Among all the rumours circulating Preity Zinta’s Ishkq In Paris we heard that the first time producer-actor will also launch her career as a writer and director with her maiden venture. Yes, filmmaker Prem Soni (Main Aur Mrs Khanna) is still the director of Preity’s film. It’s just that the leading lady has been working closely with the filmmaker in the direction department as well. And insiders feel that the producer-actor should be credited for her direction skills too. When the film was in the pre-production stages, Preity had helped Prem in writing the breezy romance set in Paris too. Maybe this is her way of preparing for an alternative career, just in case the comeback vehicle – Ishkq In Paris, doesn’t set off a queue of filmmakers outside her house. Also Read - Preity-Ness controversy- Preity Zinta faces setback in molestation case!

It has been rumoured that Ishkq In Paris will be further delayed. It all started off coz the film’s release date was shifted from June to September 2012. While official reason for the delay is the endless post production work, insiders say that the film hasn’t shaped up as expected coz of serious problems with the production house. Apparently, a lot of crew members left the project mid-way coz of difficult shooting conditions and an unorganised set-up. And that has affected the film’s quality. Maybe that’s the reason Preity stepped in as Prem’s assistant. Let’s hope it all turns out well for the bubbly lady and her come back film. Also Read - When Salman Khan dialed Preity Zinta at 3 am!