Is Priyanka Chopra on her way to becoming the next big pop icon?

Read on to know why I say so!

Priyanka Chopra is making all the right moves in her career. Not only has she established a foothold on the top spot all thanks to her movies, she is also gravitating towards becoming the next big thing in the international television and music scene! When I last spoke to PC she told me that she will be flying off to Los Angeles and begin work on her ABC television series. I asked her about music and she said, "I am going to go back into the studio and let’s see what happens." Also Read - Deepika Padukone's Padmavati starts rolling on a musical note!

Well, even before stepping foot into the studio, I can tell that PC is prepping up big time to get noticed in the international music circuit. She has gone for a complete look overhaul, she has cut her hair shorter, she is wearing more daring outfits than in the past and she is exuding this sense of being a global icon! Also Read - IIFA Awards 2016 LIVE: Priyanka Chopra's melodious singing will leave you AMAZED - watch video!

Let's look at PC's new hairstyle first. She chopped her long tresses, got it coloured and ended up looking ultra glam! Her look seems inspired by Rihanna's. Now, I don't know if it was deliberately done so, but the hairdo sure looks spectacular on Queen Pri! Also Read - Bajirao Mastani and Befikre have set Ranveer Singh APART from the rest of the actors, suggests trade expert! 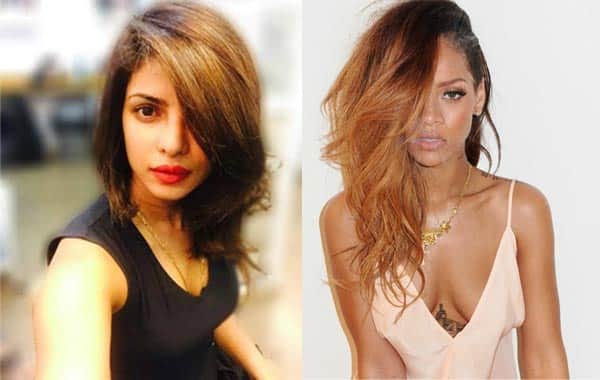 I was also surprised by her style statement at the Filmfare Awards Nomination Party from last night! That white Elena Perseil gown with a hoodie is not only inspiring but only someone who is a true diva at heart can pull off an outfit like that! To me that gown is the perfect outfit to wear to an MTV awards or VMA red carpet! 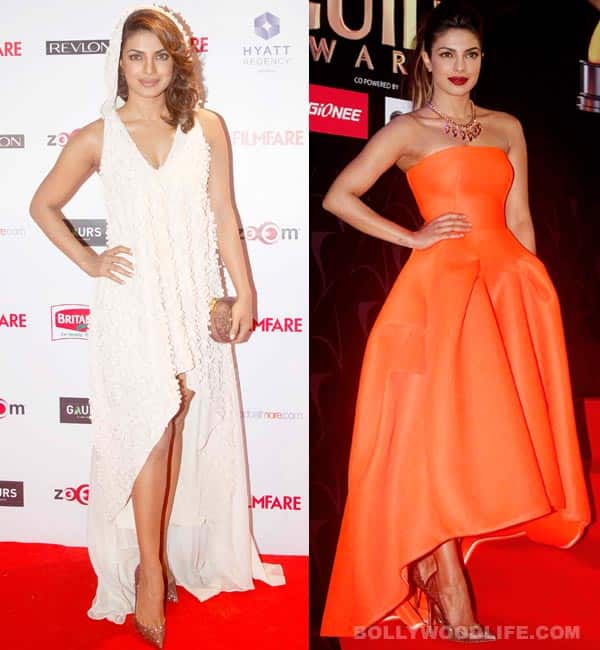 I think, we might have the next big pop icon in the making here. Do you agree?