Is Ranbir Kapoor keen to be a dad soon? The star's adorable video with a toddler makes fans reach out to Alia Bhatt 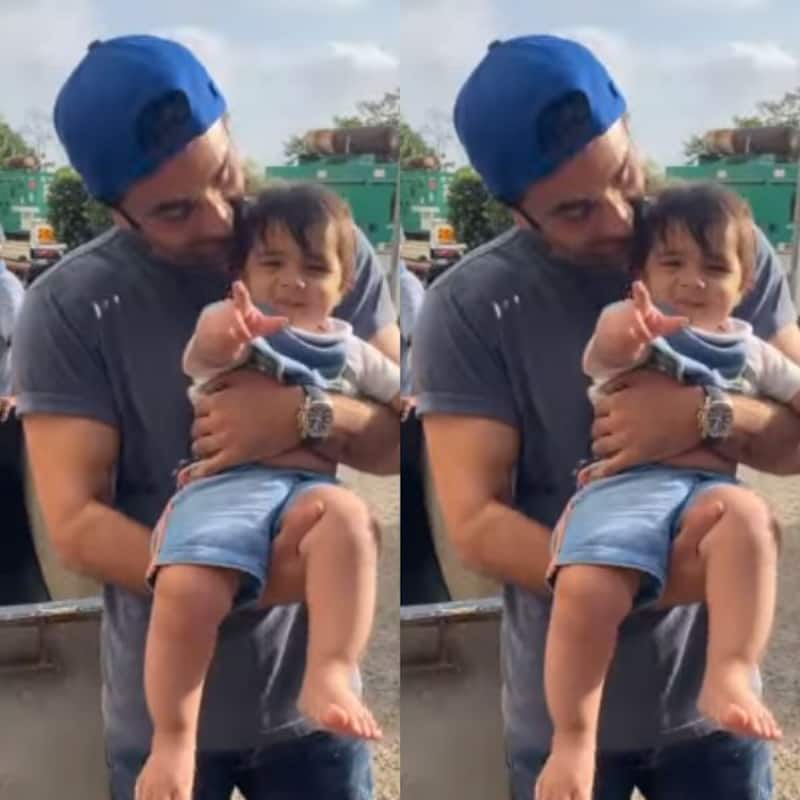 Ranbir Kapoor and Alia Bhatt are getting all the love on social media. While the Sanju actor is known to be a social media recluse, at times, we do end up seeing adorable pictures and videos of him. Well, a fan has posted a picture of him with his baby. We can see Ranbir Kapoor cradling the little one in his arms. While Ranbir Kapoor is wearing denims, a tee and baseball cap, the little one is in shorts and tee. The handsome actor gives it a kiss on the head, and plays with it. Ranbir Kapoor is known to be quite adorable with kids. Also Read - Trending Hollywood News Today: Lindsay Lohan sparks marriage rumours; Jungkook and Charlie Puth in a BL relationship and more

After their marriage in 2022, Alia Bhatt has been busy working. She was in Delhi for the shoot of Rocky Aur Rani Ki Prem Kahani with Ranveer Singh. After that, she has left for the UK for the shoot of Heart Of Stone. The Netflix film has Gal Gadot in the lead. She had to skip the birthday bash of Karan Johar for the same reason. Ranbir Kapoor attended the celebration with his mom, Neetu Kapoor. The yesteryear diva will be seen in the movie Jug Jug Jeeyo with Varun Dhawan, Kiara Advani, Maniesh Paul and Anil Kapoor. Also Read - Bigg Boss OTT 2: Ranveer Singh will NOT replace Karan Johar as the host of the web series of controversial reality show

Ranbir Kapoor and Alia Bhatt are awaiting the release of Brahmastra which is their first project together. The film is directed by bestie Ayan Mukerji. All eyes are on the big budget movie. Ranbir Kapoor also has Shamshera with Vaani Kapoor and Sanjay Dutt. The couple had plans to marry in 2020 but the pandemic pushed the matter.