Is Rohit Shetty stuck in the formula rut? 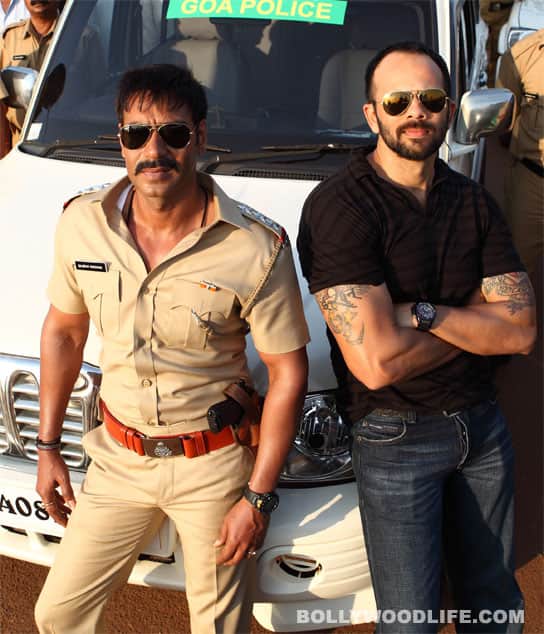 After tasting super-success with Singham, the director has moved on to his next remake – Bol Bachchan, inspired by Hrishikesh Mukherjee’s Golmaal. Once again, it is a comedy set in Goa and one of the stars is Ajay Devgn

The Golmaal director has done it again. After remaking the south super-hit film Singham with his favourite actor Ajay Devgn, Rohit Shetty announced his next film Bol Bachchan, which he says is an inspiration from the yesteryear classic Golmaal. He has bought the official remake rights of the timeless comedy. In the original film, a recent college grad (Amol Palekar) finds a job at an accounts firm that is headed by a disciplinarian (Utpal Dutt), who has diametrically opposite ways and views on life. What unfolds onscreen is Amol Palekar’s dramedy (drama and comedy) to manage his job and personal preferences. Shetty’s adaptation once again stars Ajay (as Utpal Dutt’s character), along with Abhishek Bachchan (Amol Palekar’s character), Asin and Prachi Desai (who replaces Genelia DeSouza). We hear that the director has opted for his favourite location – Goa – to shoot the film. There is no doubt that the Singham director will do a good job at this, particularly since he has such a successful track record with the Golmaal series. But do you notice a set pattern in his films - comedy, Ajay Devgn and Goa? Yes, it is there for all to see! Also, Rohit Shetty seems to be fast becoming the king of remakes. Apparently he is already in talks with Shahrukh Khan for rehashing another evergreen comedy - Angoor this time - again made by the filmmaker of the original Golmaal, Hrishikesh Mukherjee. His earlier film (Sunday) too was a remake of a Tamil film. Let’s just hope that his tried and tested methods don’t fall flat this time around. Also Read - Shershaah: Fan tweets, 'No offense to Sidharth Malhotra but Abhishek Bachchan played Captain Vikram Batra way better in LOC: Kargil' – Check out Jr AB's reaction