Is the 'Jo Hum Chahein' jodi really in love? 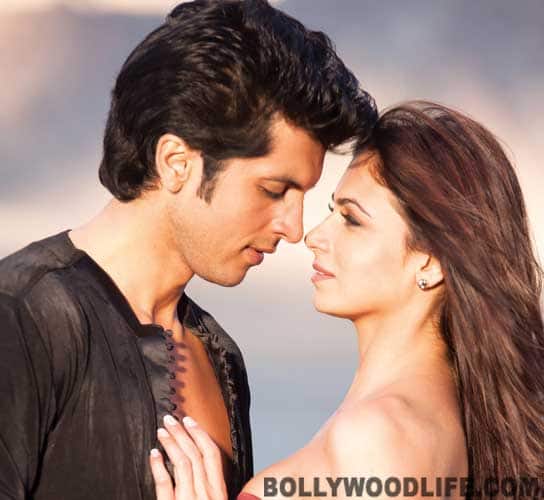 To find out, read the interviews of Sunny Gill and Simran Kaur Mundi who make their debut in director Pawan Gill's romantic comedy, Jo Hum Chahein, which releases this week

Jo Hum Chahein is a coming of age story of Rohan Bhatia (Sunny Gill) and Neha Kapoor (Simran Kaur Mundi), two young, hip, effervescent individuals whose lives change forever once they meet and fall in love. Rohan is a brash, cocky, ambitious, 24-year-old MBA graduate who wants instant success and Neha is someone who believes in love, but hasn't given any guy a chance because no one measures up to her standards of Mr Right. That's until Rohan comes along and her life changes completely. If the interviews are anything to go by, their chemistry seems to have spilled over from reel to real life. Click on the links below to read interviews of the two stars. Also Read - Mika gets into brawl with newbie Sunny Gill

This handsome Pujabi munda makes his debut as an actor in Jo Hum Chahein as Rohan Bhatia who is a womanizer and is in a hurry to make it big in life.

He spoke to us about his initial years of struggle, his love for cinema, being a compulsive flirt, his days in modeling and his special friendship with his co-star ex-Miss India, Simran Kaur Mundi. Click to read more

From selling movie tickets to starring in one, life has come a full circle for the winner of Miss India 2008 who believes in giving her hundred percent to whatever she does

Many film offers were coming her way but she decided not to compromise and wait for a really good role to come her way. She spoke to us about her debut film; the films that she loves and her ‘friendship’ with her co-star Sunny Gill. Click to read more