The desi version has been altered a lot from the Jackie Chan film. 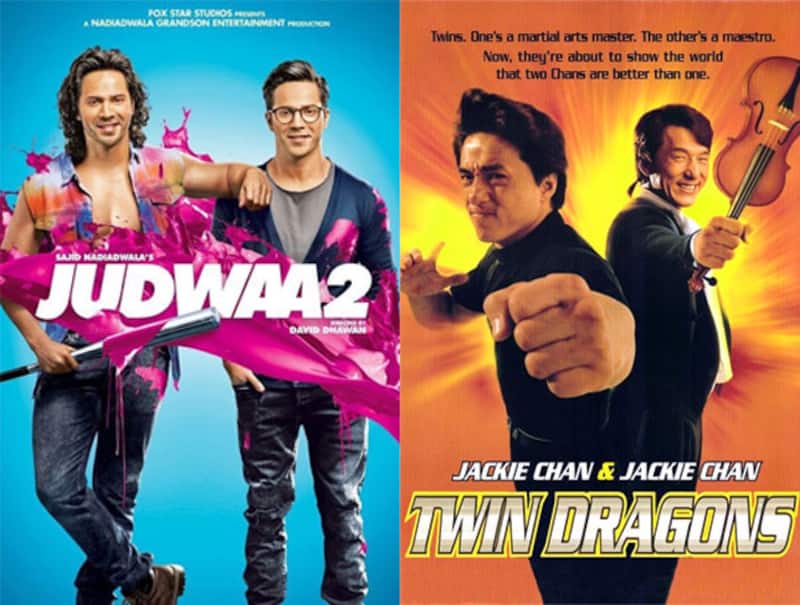 Sidharth Malhotra and Varun Dhawan share a lot more than just their debut in Student Of The Year. They are now part of films that look suspiciously like twins of Hollywood blockbusters of the 1990s. Also Read - Koffee With Karan 7 finale: Karan Johar gets massively trolled for his Alia Bhatt obsession; gets compared with her character in Brahmastra

While Malhotra’s A Gentleman seems to bear an uncanny resemblance to Arnold Schwarzenegger’s True Lies, Varun Dhawan’s twin act in Judwaa 2 is rumoured to be remarkably similar to Jackie Chan’s 1992 potboiler, Twin Dragons, in which Chan played the double role of a concert pianist and a street fighter. While the desi version, that comes 25 years after the Jackie Chan hit, is reported to have undergone many drastic changes in the makeover from the 1990s to 2017 the basic core of the plot is apparently very similar in the two films. Also Read - From Brahmastra to Prem Ratan Dhan Payo: 5 Bollywood movies that minted money despite bad reviews

While we may have to wait till Judwaa 2 releases next month to actually know the truth about its origins, there is no doubt that David Dhawan who directs his son in Judwaa 2, is prone to get “highly motivated” by Hollywood films. His 2007, Salman-Govinda starrer Partner was blatantly lifted from Hitch and Dhawan’s Maine Pyar Kyun Kiya was heavily influenced by Gene Saks’ Cactus Flower. Jackie Chan could be just the pep pill prescribed by the box office to revive and rejuvenate David Dhawan’s brand of cinema.