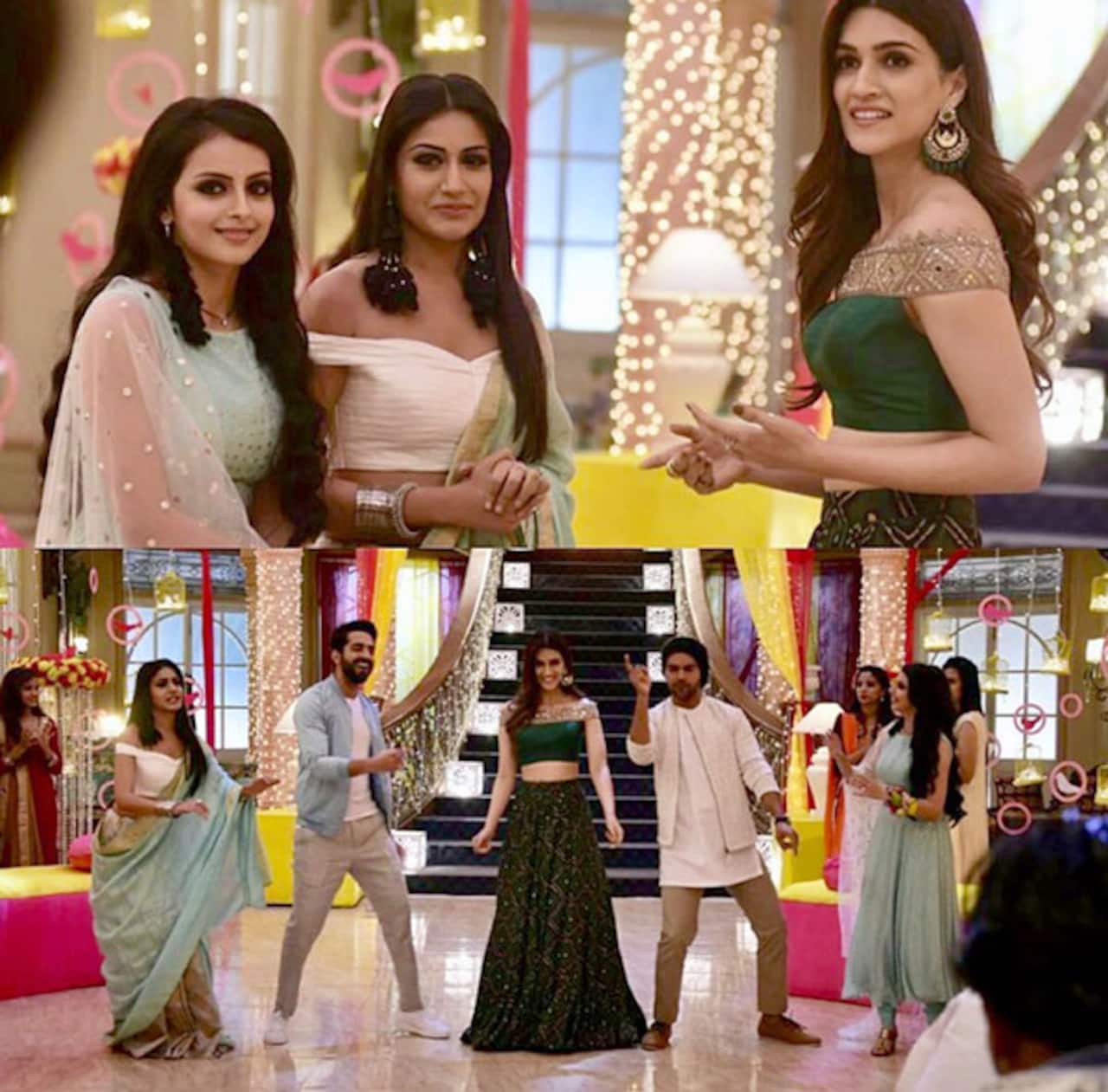 Imagine Kriti Sanon dancing at Oberoi house with Anika, and joining them are none other Ayushmann Khurrana and Rajkummar Rao. To top it all, these film stars are actually invited from Bareilly by Gauri to the grand engagement ceremony of her best friend Anika. That's exactly what happened in Ishqbaaaz today and we have the pics of the moment when Anika and Gauri danced with Kriti, Ayushmann and Rajkummar. Also Read - Adipurush: Kriti Sanon says she's extremely proud of Prabhas starrer, 'I hope it gets its due' 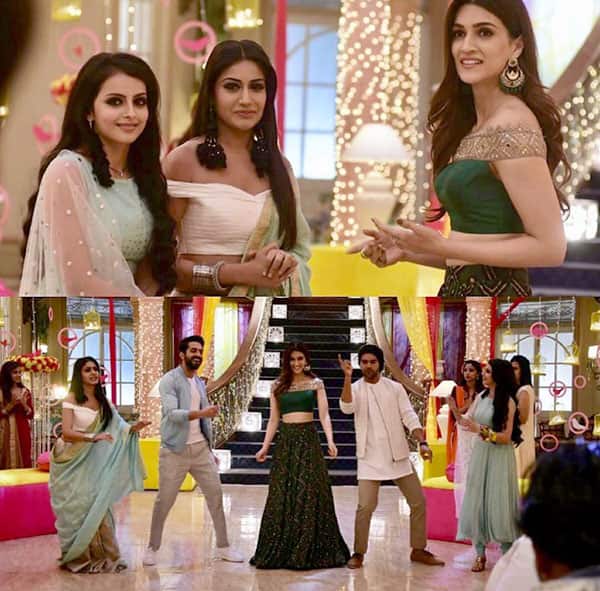 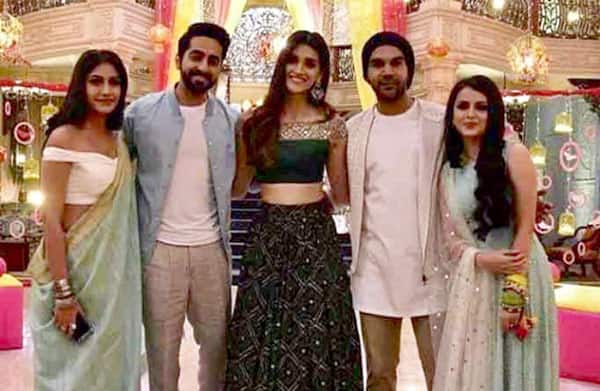 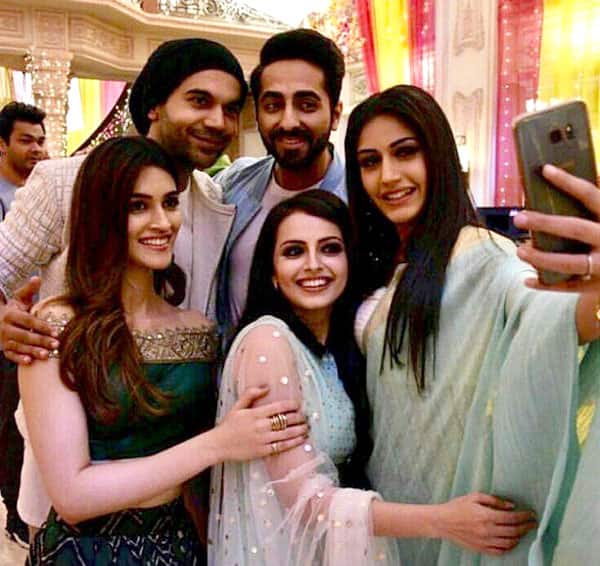 Kriti was dressed in a green lehenga and looked like a typical TV bahu and seemed apt to be the next bahu of the Oberoi house. Great idea, right? She completed the pretty ladies trio with Anika and Gauri. On the other hand Ayushmann was seen remembering his daily soap days when he was doing shows like Kayamat with Sanjeeda Sheikh and Ek Thi Rajkumari with Neha Marda.

After this shahi celebration, Oberoi family will also get shocking news of Shivaay’s (Nakuul Mehta) accident. But later it will be revealed that this was just a ploy by Shivaay to test Anika's love. Also Read: Ishqbaaz: Anika’s love confession after Shivaay’s deadly accident

What follows next is the filmi scene of Anika actually leaving her mandap and breaking off her marriage with Vikram. So, eventually Anika and Shivaay will be together again

Bareilly Ki Barfi seems to be hopping from on set to another. From Kapil's show to Ishqbaaz to Ye Rishta Kya Kehlata Hai- have been on the list of the team for integrations and promotions. After Jab Harry Met Sejal and Toilet Ek Prem Katha, the team of Bareilly Ki Barfi is also is making sure that they are seen on every reality show and TV serial.

Meanwhile, there will be some celebration galore with Anika and Vikram's engagement and wedding in the upcoming episodes before the emotional drama unfolds.