Iulia Vantur is being deliberately cropped out of Salman Khan's pictures from Tubelight schedule in Ladakh?

Another picture of Iulia Vantur with Salman Khan surfaces on the internet.

A few more pictures of the love birds together have popped up on the internet...

Salman Khan is currently shooting for his next venture Tubelight in Ladakh. The film directed by Kabir Khan has a plotline built around Indo-China war. It is known now that lady love Iulia Vantur has accompanied Salman on this shooting schedule. Iulia is not shying away from sharing pictures of her time in Ladakh on her Instagram, neither is Salman. But funny thing is that neither of them is posting pictures of them together. But in this age of internet, photos do come out quicker than the first eliminated contestant on Bigg Boss. We stumbled upon a few more pictures of Iulia with Salman and we observed that Iulia is being cropped out of the frame. Also Read - Worst dressed celebs of the week: Alia Bhatt, Shilpa Shetty, Iulia Vantur fail to score on the fashion charts

A new picture of Iulia Vantur posing with Salman has surfaced on social media platforms. The couple is posing with a group of fans. Iulia is wearing Khaki green shirt and a bandana, looking very pretty. Now, let's rewind a few hours back to the picture posted by director Kabir Khan on his Twitter. Salman and Kabir pose with the film's crew and at the first glance nothing seems odd. But if you look closely in the background there is Iulia! Notice the Khaki green shirt? Yep that is Iulia with her face cropped out of the picture! Why? Also Read - From Aishwarya Rai Bachchan to Katrina Kaif: 5 times Salman Khan failed to culminate his love into a marriage

Last night, Salman's picture with Dalai Lama went VIRAL. People assumed the actor paid a visit to the monk by himself in the monastery. Turns out, Iulia accompanied him on this visit to the great man. A picture surfaced online in the morning that showed Iulia sitting on the same sofa as Salman, next to Dalai Lama. Which means she was cropped out of the frame from the previous picture as well. Again. Why? Also Read - Eid 2021: When megastars like Shah Rukh Khan, Salman Khan and others bonded on the occasion of this auspicious festival – view pics

Ladakh... One of the toughest schedules ever but also the most spectacular #Tubelight@BeingSalmanKhan@Zhuzhu_jujupic.twitter.com/L2IyuhVztG 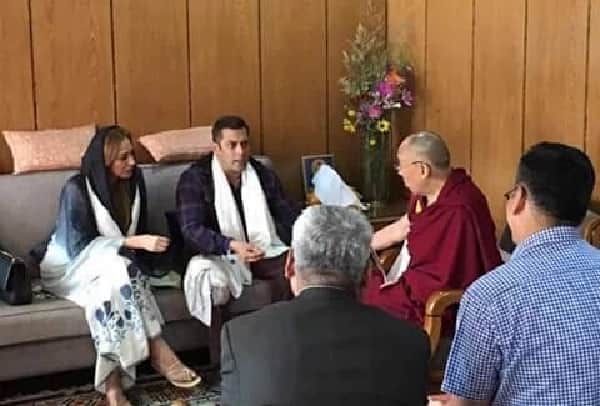 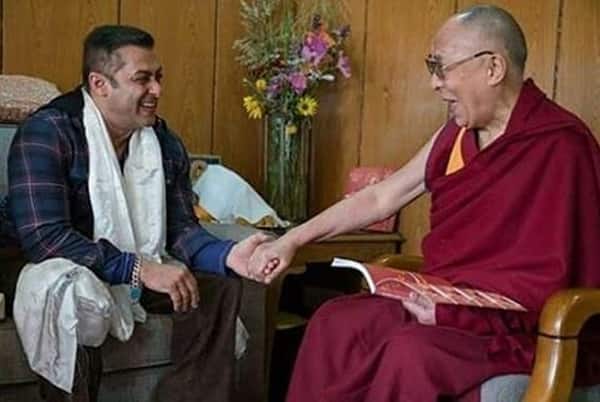 What do you think about that? Tell us in comments below.