Earlier, pictures of Jacqueline Fernandez planting a kiss on Suresh Chandrasekhar's cheek had surface, and today, 8th January, a new intimate picture of the actress and the conman was shared by Instagram handle, beast_cinema, where they could be seen cosying up to each other, their faces rubbing against each other, indicating how comfortable they were in each other's company at that point in time, with Jacqueline beaming from ear to ear. What grabbed headlines though was the very visible hickey that was seen on the Bollywood beauty's neck, which she seemed to have made no effort of concealing, proudly flaunting it probably as a sign of the affection she shared with Suresh. Also Read - Attack release date: John Abraham starrer set to reopen theatres before Akshay Kumar's Bachchan Pandey? EXCLUSIVE

The pic has been going viral like nobody's business ever since it has surfaced online, and one look at it would give a clear indication why it's spreading like wild fire across ever nook and cranny of the internet. In case, you haven't seen it yet, then we've got it for you right here. Check out Jacqueline Fernandez and Suresh Chandrasekhar's intimate pic, where the former is flaunting her hickey below: Also Read - Trending South News Today: Dhanush-Aishwaryaa Rajinikanth divorce severely disturbs former's brother, Radhe Shyam to clash with Bachchan Pandey and more

To counter the backlash expected in the aftermath of the photo surfacing, Jacqueline Fernandez soon posted an emotional note on her official Instagram and Twitter handles, imploring people, especially the media to not share the pic, but we're guessing it was too little too late as the damage had already appeared to have been done. Anyway, for what it's worth, here's Jacqueline's heartfelt post on her official Instagram handle... Also Read - Shruti Haasan reveals what she truly feels about BF Santanu Hazarika; latter has a goofy reaction – watch video

That being said, Jacqueline's fans have emerged vociferously in her support. Here are their tweets... 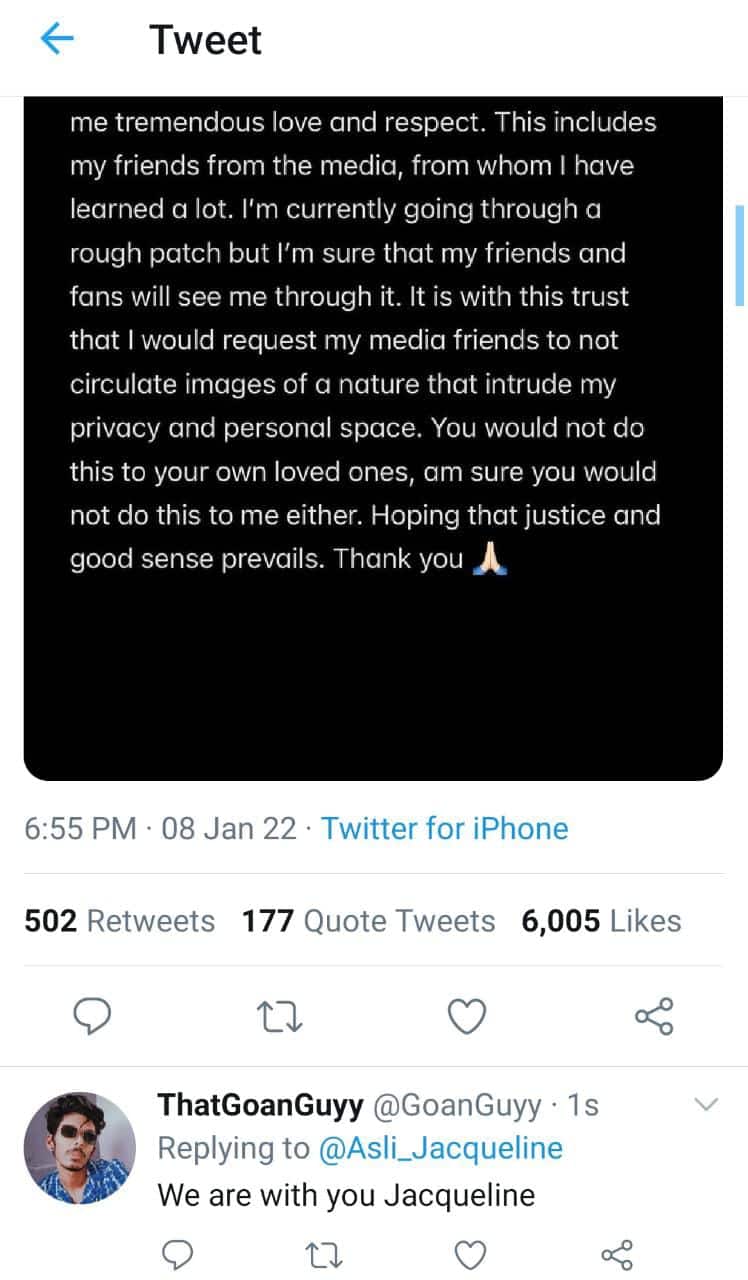 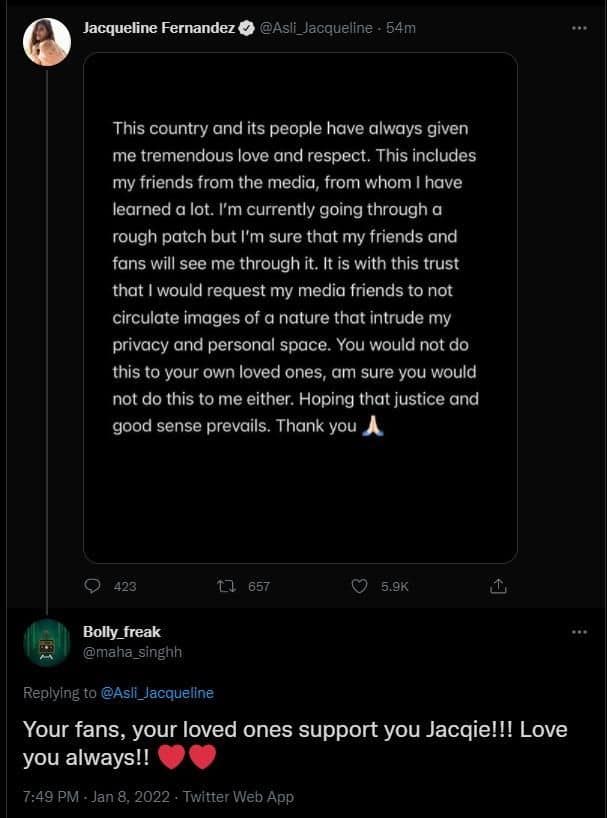 Jacqueline Fernandez will next be seen in big-budget movies like Cirkus, Bachchan Pandey, Attack, Kick 2 and Ram Setu.