Jacqueline Fernandez got support from Kiara Advani, Bhumi Pednekar, Richa Chadha and more Bollywood celebrities after her pictures of intimate nature were leaked in the media the other day.

Jacqueline Fernandez intimate and private picture with conman Sukesh Chandrasekhar went viral on social media a couple of days ago. The picture featured the actress in an intimate moment with Sukesh. Soon after the picture went viral, Jacqueline Fernandez took to her social media handle and urged fans and media persons to not circulate or share pictures. Jacqueline added that she is going through a rough patch in life and hence asked for co-operation. Bollywood celebrities such as Kiara Advani, Bhumi Pednekar, Mrunal Thakur, Nushrratt Bharuccha, Dia Mirza, Richa Chadha, Allu Arjun, Jamie Lever, Milap Zaveri and more have come in support of Jacqueline. Well, they haven't spoken about it per se but have liked Jacqueline's post and have thus extended their solidarity with her. Check out the screenshot of the same below: Also Read - Bhumi Pednekar's super easy and quick makeup routine that you can follow too, Watch now 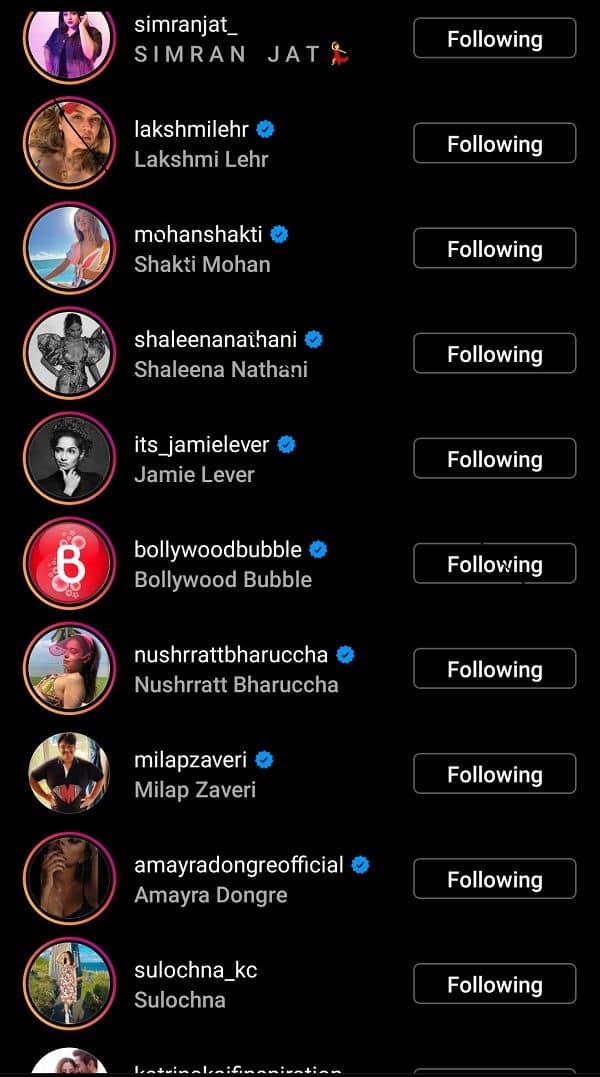 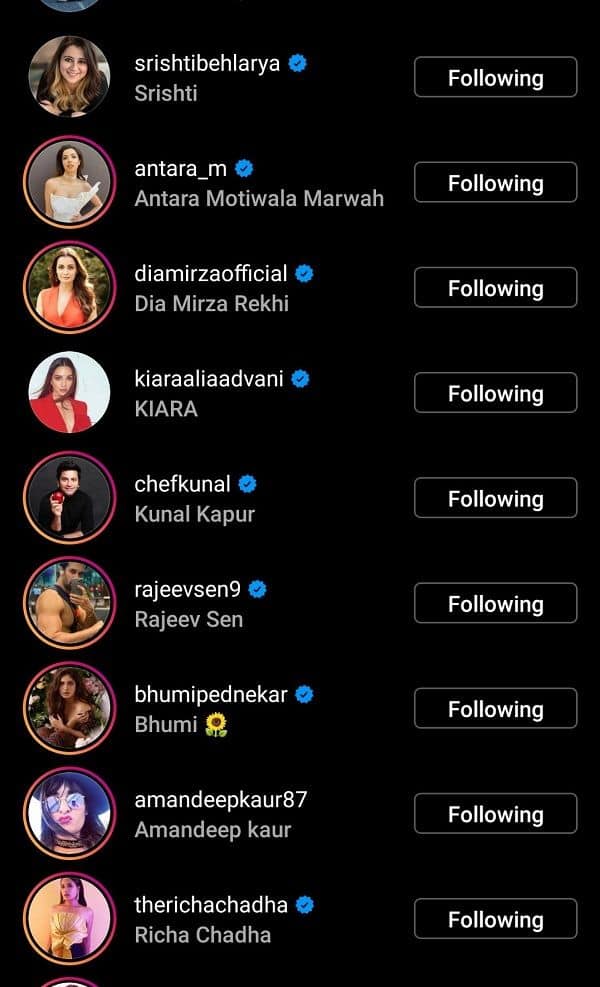 So, a lot of women have come in support of Jacky as she is facing some tough times in her personal life. None of Jacqueline's costars such as Akshay Kumar (Ram Setu), Ranveer Singh (Cirkus), Sidharth Malhotra or Salman Khan (Radhe) has openly come out in support of Jacky.

Talking about the case, Jacqueline in her statement to ED revealed that she met him in 2017. He told her about his political connections. "I have been speaking to Sukesh since February 2017. In August 2021, he was arrested, after which I never met him. He told me that he is the owner of Sun TV and from the political family of Jayalalithaa," the Bhoot Police actress told ED, reported PTI.

The Ram Setu actress was showered with lavish gifts including Persian cats. Jacqueline, in her statement, admitted to taking a loan from Chandrasekhar and that about Rs 15 Lakh were transferred to her brother's account in Australia too. Apart from Jacqueline, Sukesh has also lavished gifts on Nora Fatehi claim reports. The actress had also made an appearance before ED in the same.