Jacky appeared in a traditional avatar on her latest mag cover...

Jacqueline Fernandez looks like a vision in her latest magazine photo-shoot! While she is mostly dressed in western outfits, Jacqueline looks even lovelier in Indian attires. She sported a serious of tradish outfits for her new magazine photoshoot. She has worn Pooja Shroff lehengas for the shoot. Also Read - Hrithik Roshan, Katrina Kaif and more: Celebs who paid an insane amount per month for their rented homes 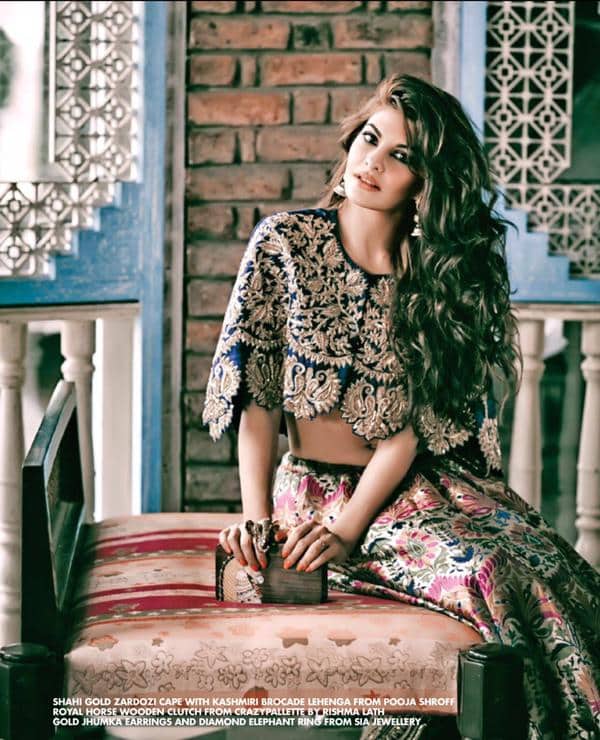 Also Read - Is Jacqueline Fernandez planning to move in with her secret boyfriend in a sea-facing Juhu bungalow?

Here she is wearing a Yashodhara Blue outfit with Sia jewellery... Also Read - From Urvashi Rautela to Sunny Leone: 5 Bollywood actresses who posed topless in their dare to bare photoshoots 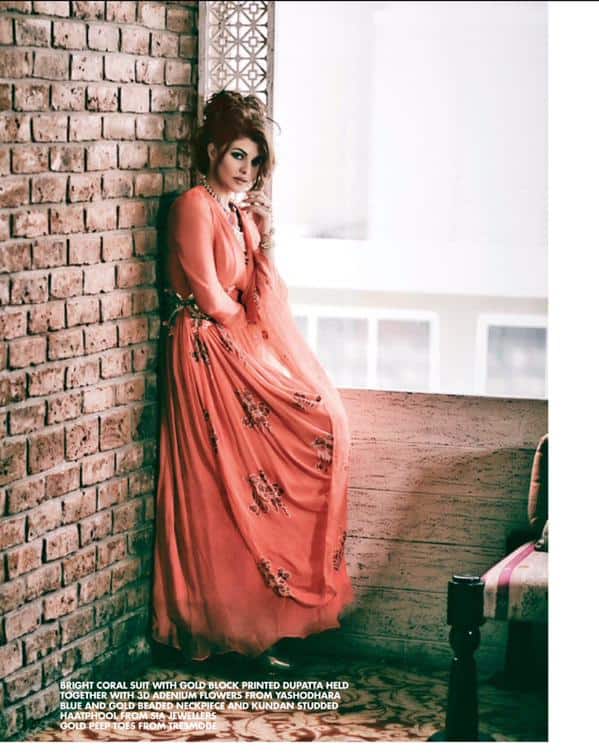 Jacqueline is currently shooting for The Flying Jat opposite Tiger Shroff. The film is being helmed by Remo D'Souza. Her last release was Brothers where she played a de-glam mother and her performance was highly appreciated! Her next is Dishoom alongside John Abraham and Varun Dhawan.

The mag cover reads that Jacqueline is all about grabbing the right opportunities. Well that is correct because Kick was a game-changer on her career cashing in on it's success, Jacky has bagged quite a few interesting projects. We hope to see her dazzleon screen soon!