Jacqueline Fernandez's edgy, chic and elegant promotional style for Judwaa 2 will have you swooning

Jacqueline Fernandez rarely fails to disappoint us with her styling. Recently, during the promotions of her previous film, A Gentleman, the actress left the fashion police completely stunned. While we saw a lot of variety in her looks during those promotions, Jacky's styling during Judwaa 2 was more or less the same. The actress was seen playing it safe with her styling yet managed to impress us with the classy looks. She was seen dressed in edgy frills and studded stilettos mainly. Jacky also stuck to the basic colors and used the power of color co-ordination to lift up the attire. The actress was seen flaunting her long toned legs in mini skirts during promotions. Looks like Jacky is all set to bring back Bollywood's '90s trend. Check out the fashionista's promotion style here: Also Read - Mrunal Thakur, Esha Gupta, Disha Patani and more B-Town divas who didn't shy away from donning the tiniest bikinis [View Pics]

Every day she ruffles
The actress chose this attire to kickstart the promotions of Judwaa 2. Jacky opted for the all-black attire during the trailer launch and left us wanting for more. The black crop top by Deme by Gabreilla and the ruffled high-low skirt by Sandro Paris Oficiel gets a thumbs up from the fashion police. Jacky was seen donning minimal makeup and accessories and let her attire do all the talking for her. Also Read - From Samantha Ruth Prabhu to Nora Fatehi: Massive fees charged by these divas per item song will leave you shocked 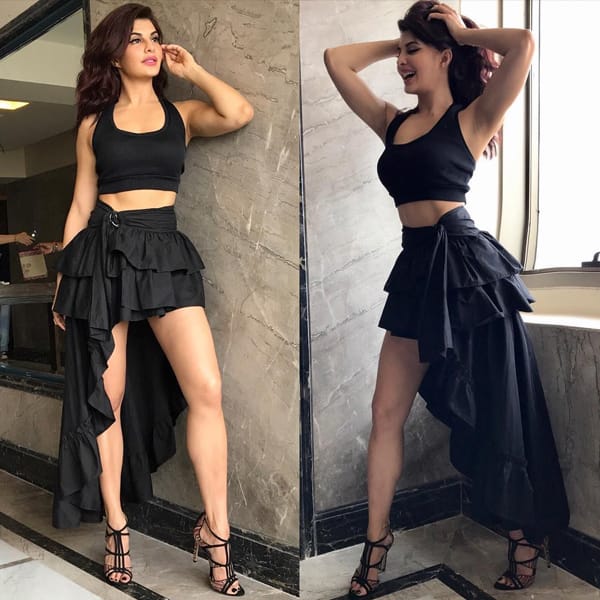 Yellow, yellow, sexy fellow!
During the last round of promotions, Jacky gave us a treat as she stepped in this sexy attire. Jacky was seen wearing a monochrome top by Madison with ruffles on the sleeves which we are totally digging. What made the attire more interesting is the yellow skirt by River Island. This attire of the actress is something you would want in your wardrobe ASAP! Jacky's accessory game here too is on point. She opted for dual layer-hoop earrings by Suhani Parekh and a pair of white pumps by Christian Louboutin. 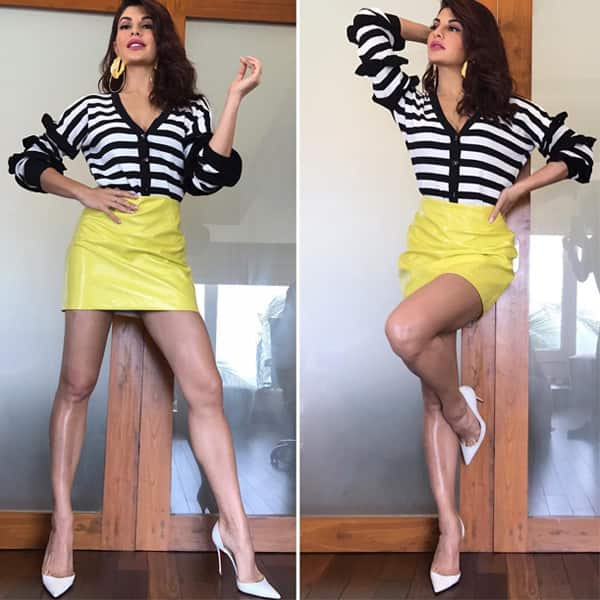 No more blues!
This attire of the actress is enough to kick your blues away. We are totally crushing over Jacqueline. The tube top with frill towards the end is chic at its best. This top by Trabea with ruffled sleeves on one shoulder is too-cool-to-handle. What we love the most about the attire is the dual-toned shiny denims by Pepe Jeans. This surely is a great shift from the basic ripped blue jeans. Don't you agree? 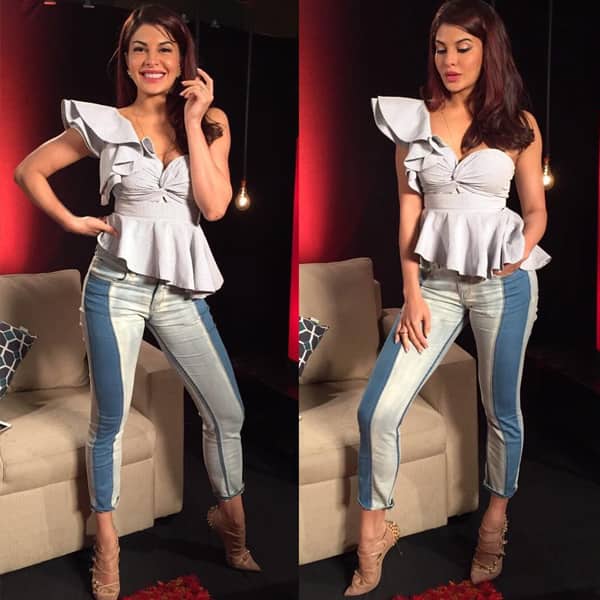 The magic of fringe
Jacqueline opted for this attire as she headed to the sets of Dance Plus 3 for promotions. The actress uses the power of fringe and elevates her simple attire to grab attention. We are totally digging the fusion of the salsa skirt with a white formal shirt here. Jacky seems to have no difficulty pulling this look off. Also Read: Is Jacqueline Fernandez in a relationship with Sidharth Malhotra? The actress opens up… 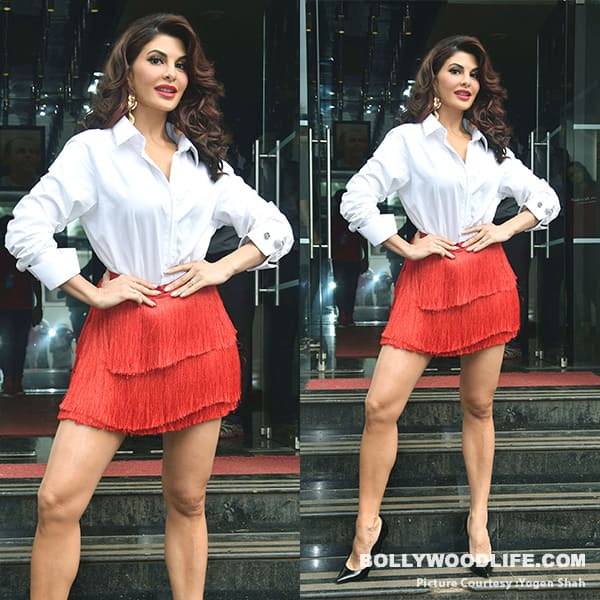 Bed of roses
After leaving us floored with western attire, Jacky goes desi and looks absolutely gorgeous. The lehenga choli by Anushree Reddy with a wide flow at the end is something you cannot miss. What we love the most about this attire is how, instead of a dupatta, the designer opted for a sheer pink cape which contrasts perfectly with this attire. Jacqueline Fernandez's styling for Judwaa 2 gets a thumbs up from us. 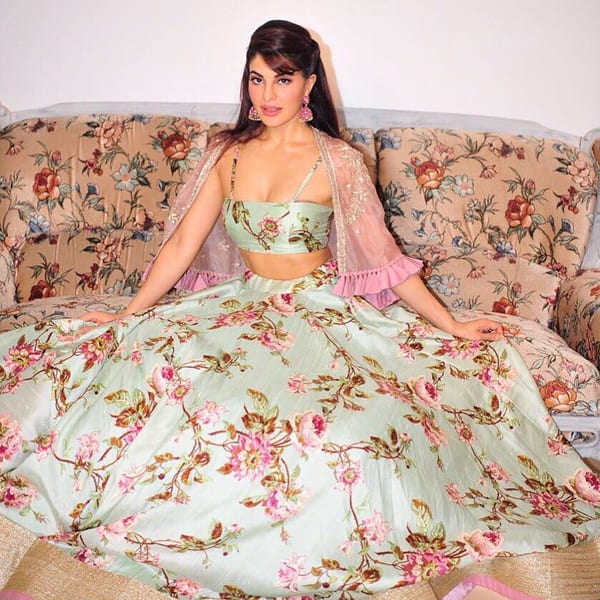