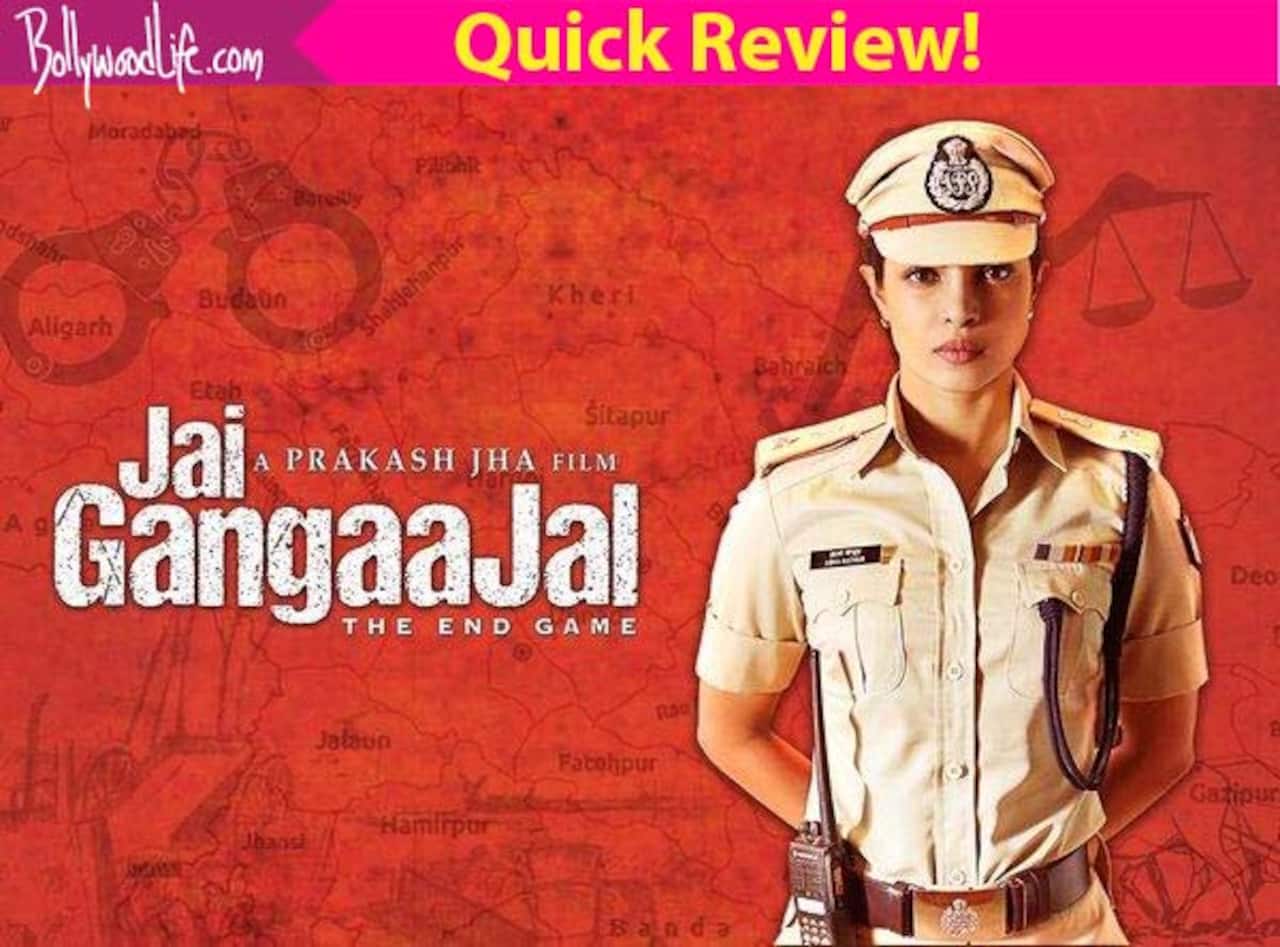 The movie is directed by Prakash Jha

So the much anticipated cop drama film Jai Gangaajal is finally out today, starring Priyanka Chopra. Our reviewer, Sreeju Sudhakran is currently watching the film and here is what he has to say about the movie... Also Read - Kiara Advani's tribute to Sidharth Malhotra's dog to Katrina Kaif's messenger doves: Bollywood divas make a statement with customised choodas and kaliras

Jai Gangaajal is the sequel to the Ajay Devgn cop drama, Gangaajal. It stars Priyanka Chopra in the lead role with Prakash Jha, the director of the film, making his debut as an actor. Priyanka plays the ACP of a district in Bihar who is determined to restore law and order in the lawless land. However her job is not made easy thanks to the machinations of the Vidhayak and his goons, as well as the corrupt men in her own force. Also Read - Priyanka Chopra, Nick Jonas share unseen photos from their winter vacay with Malti Marie

Prakash Jha has always proved to be a competent storyteller, and here also, he narrates a tale that is engaging and in a couple of scenes, powerful. Though the film doesn't break new grounds when it comes to its plot, its Jha's handling of the situation that makes the narrative interesting. Priyanka Chopra is great as the honest and committed cop, hell bent on fighting the villains tooth by nail. However, its Prakash Jha who makes the best impact with a strong role. Even the villains, Manav Kaul, Ninad Kamat and Murli Sharma are terrific in their respective roles. Even though there are a few songs in the first half itself, they play in the background and help in making the scenes interesting. The film reaches the interval when Jha's character switches sides morally. Let's see how the second half fares. Also Read - Turkey-Syria earthquake: Alia Bhatt, Priyanka Chopra and more Bollywood stars call it devastating; pray for the victims