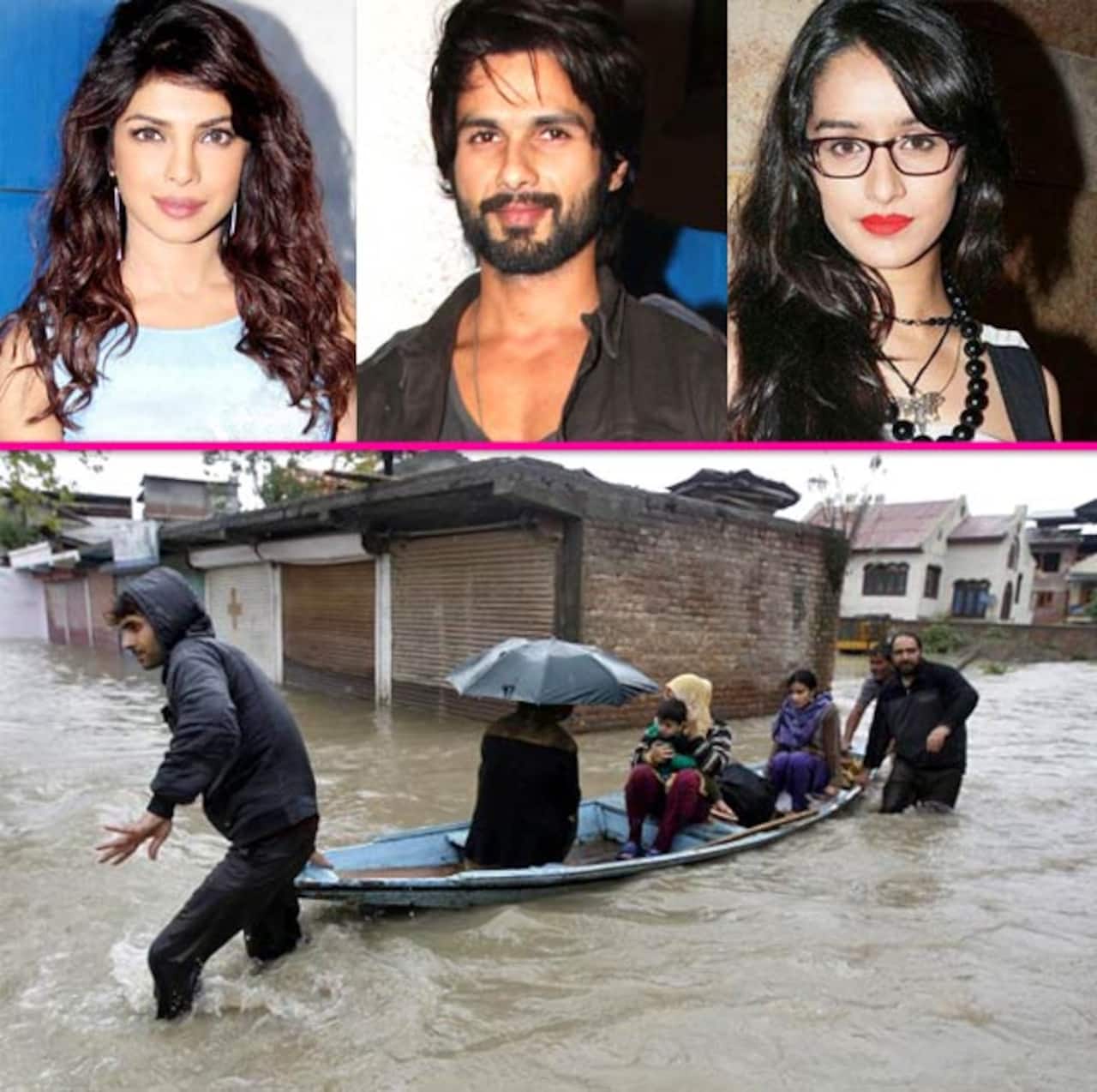 Just a few days back, the state of Jammu and Kashmir was hit by a mammoth flood and the situation is still very grin. While the Indian army has already carried out a massive rescue mission, a lot of Bollywood stars showed their support and prayed for the flood affected victims on social media. Shahid Kapoor and Shraddha Kapoor, whose upcoming film Haider was shot in J&K, shared the link of a site on Twitter where people can donate money for the rehabilitation of the victims. Sasha tweeted, "Prayers for all those stuck in Kashmir floods and respect to the army for all they are doing." He further posted, "SavetheChildren @stc_india supporting #JKfloodrelief. 5000blankets+urgent aid to 1000families Help now http://bit.ly/floodsrelief #Kashmirfloods." Also Read - After Shah Rukh Khan in Jawan, director Atlee to work with Varun Dhawan next? Here's what we know

Even Shraddha shared the same info on the popular social networking site. Priyanka Chopra also wrote on Twitter, "Why does Kashmir always have to suffer so much.. My heart goes out.. Prayers..." Varun Dhawan on the other hand posted the army helpline number on Twitter. He wrote, "ARMY HELPLINE NUMBERS FOR EMERGENCY CALLS : #ArmyRescue #KashmirFloods 011-23019831, 011- 23322045 011- 23332045." Also Read - Sidharth Malhotra and Kiara Advani's royal wedding in Jaisalmer; check out which Bollywood couples married in Rajasthan [Watch Video]

Huma Qureshi tweeted, "Half my family in Srinagar .. Many stuck on 1st floor of their own houses.. Efforts underway to move them to safer areas underway..Praying.." Also Read - Priyanka Chopra Jonas takes baby Malti Marie out for a stroll on a snowy day; calls it the 'perfect moment' [PICS HERE]