Janhvi Kapoor will be making her Bollywood debut with Dharma Productions' Sairat remake, Dhadak. Well, that is basically the best debut any aspiring actor could ask for. But let us not forget that it is not just Karan Johar who is supporting this new talent. KJo's BFF, Manish Malhotra, is extremely fond of Janhvi as well. Time and again, we have seen the pretty lady dressed up in an outfit designed by Manish Malhotra. Well, the news is that something new seems to be developing. Janhvi was spotted at Manish's place today. And that is not the end of the story. Also Read - Arjun Kapoor pens a heartwarming note for sister Anshula's birthday; writes, 'Keep smiling cause that’s what keeps me smiling'

It was not just Janhvi there, but her sister was spotted as well. Now, you'd think that we are talking about Khushi Kapoor, but it pleasantly surprised us as well to see it was not her but Anshula Kapoor. The sisters made an exit from Manish's house together and even hugged each other tightly before they left in their individual cars. How sweet! Also Read - #HappyBirthdayArjunKapoor: Sister Anshula Kapoor shares a heartwarming post; says, 'You’ve never let us forget mom' 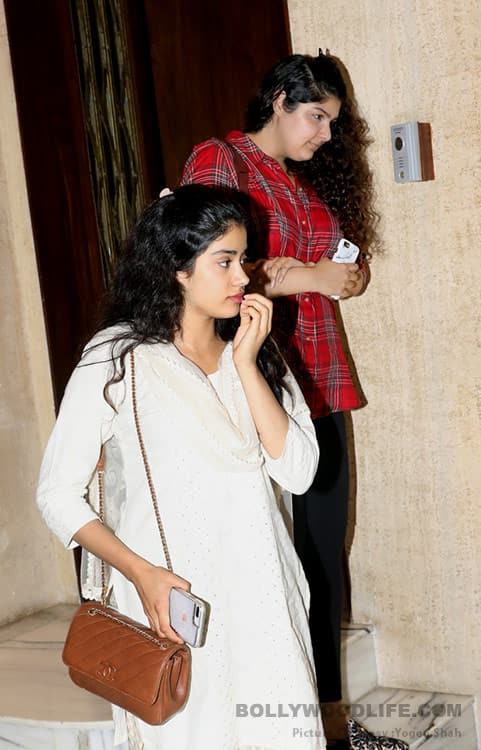 Also Read - Arjun Kapoor pens emotional note on mom Mona's death anniversary, says 'I miss having ur name show up on my phone to check up on me'

As per reports, Anshula and her brother Arjun Kapoor did not share a personal bond with Jhanvi or Khushi. But ever since Sridevi passed away they have grown closer. The tragedy brought them closer, you can say. Anhsula has been very supportive to her father, Boney Kapoor, and her sisters in the tough times, recently. 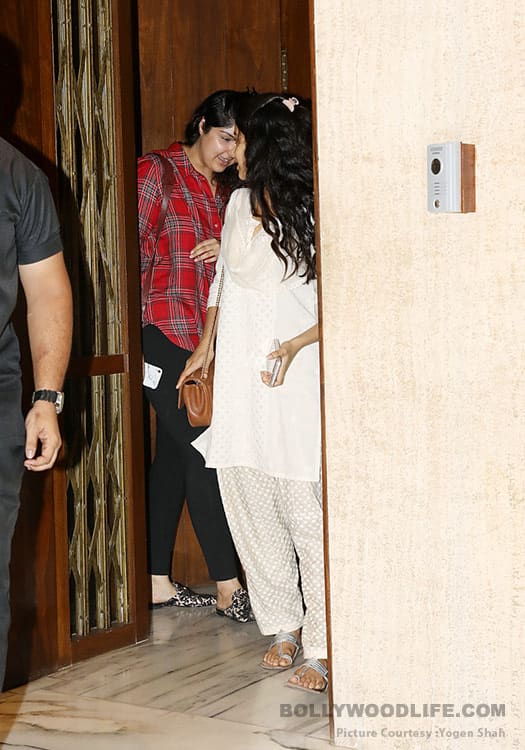 Jhanvi was dressed in simple white Indian wear. She has been spotted in a salwar suit a dozen times and we love how wonderfully she carries it. Anshula wore a red chequered top and looked beautiful.

Well, we wonder what this meeting at Manish's place was about. We hope to learn about the reason soon. Earlier in the day, even Karisma Kapoor had visited him.