Janhvi and Khushi Kapoor spotted at the airport... 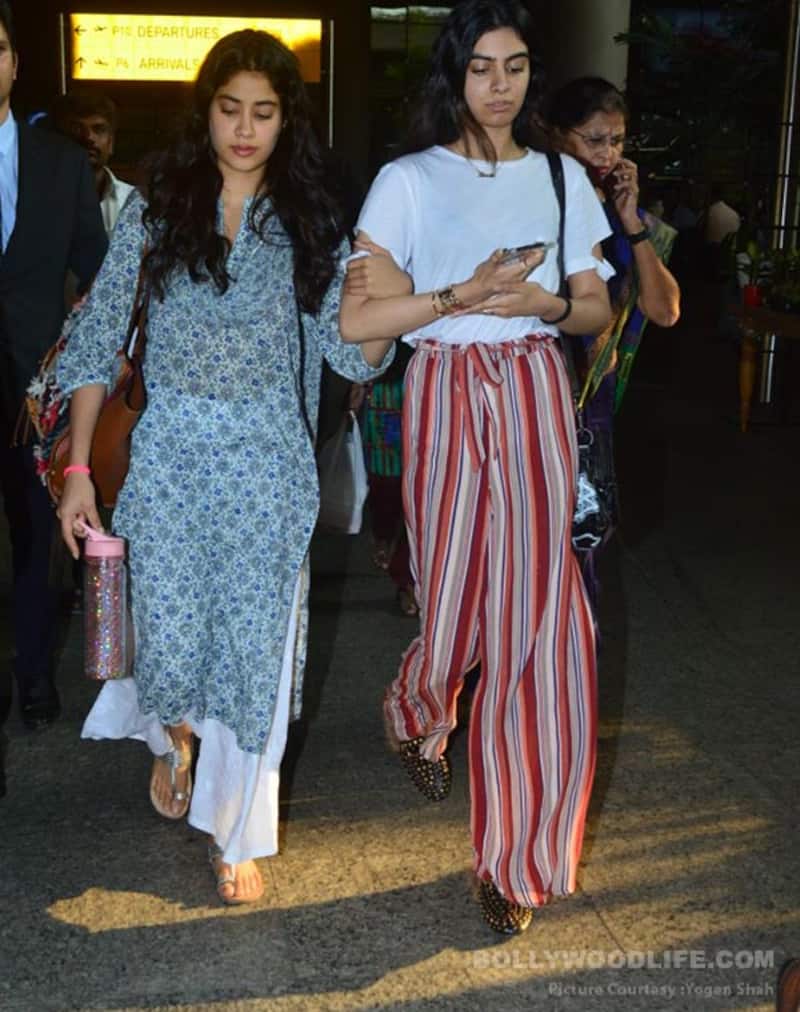 Janhvi Kapoor resumed the shoot of her upcoming film before she headed to mother Sridevi's hometown, Chennai. On March 10, a prayer meet was held for the late actress Sridevi whose sudden death has shaken the entire industry. Boney Kapoor was earlier seen heading to Haridwar along with Anil Kapoor where they performed last rituals along with Manish Malhotra. As per TOI reports, Jyothika, Suriya, Prabhudheva, Arun Vijay, Radhika Sarathkumar, Suhasini Mani Ratnam, Latha Rajinikanth were also part of the prayer meet. The South Indian Artists Association also held a condolence meeting that was attended by several actors and office bearers. Also Read: Janhvi Kapoor and her sister Khushi head to Sridevi’s hometown in Chennai for the final prayer meet Also Read - The Archies star Khushi Kapoor nails the winged eye-liner look in a risque bodycon strap dress; looks too hot to handle

While Boney and Anil Kapoor were missing, Janhvi and Khushi returned to the city. One can't even imagine what the two young girls are going through as they lost their mother in a shocking incident. Janhvi, being the elder sister is always seen taking the lead while Khushi holds her hands and follows. However, this time she seems devastated and was seen holding on to Khushi tightly as they exited the city. A disturbed Janhvi at the airport will break your heart. Last week the Kapoor sisters surprised Janhvi on her birthday to cheer her up. After a very long time, we got to see a smile on the star kid's face which made those pictures even more special. Check out Janhvi's airport pictures below: Also Read - Sara Ali Khan, Ananya Panday, Khushi Kapoor and other Bollywood actresses who turned up the heat today in hotter-than-hot yoga outfits [View Pics] 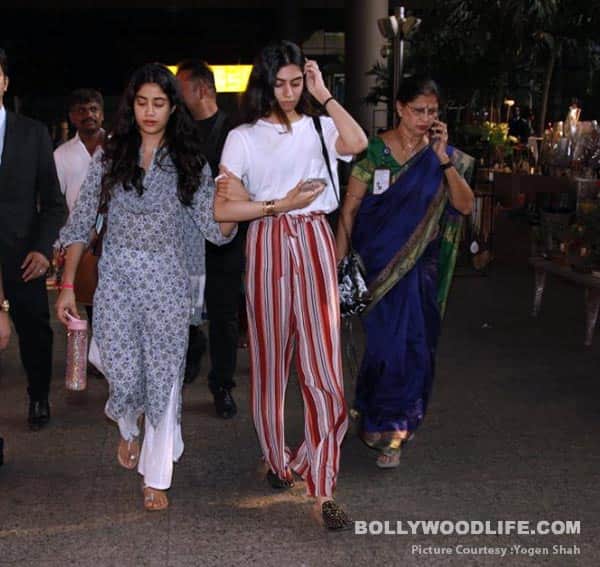 Also Read - Aamir Khan, Akshay Kumar, Salman Khan and other stars who have worked in South remakes to stay on top of box office game 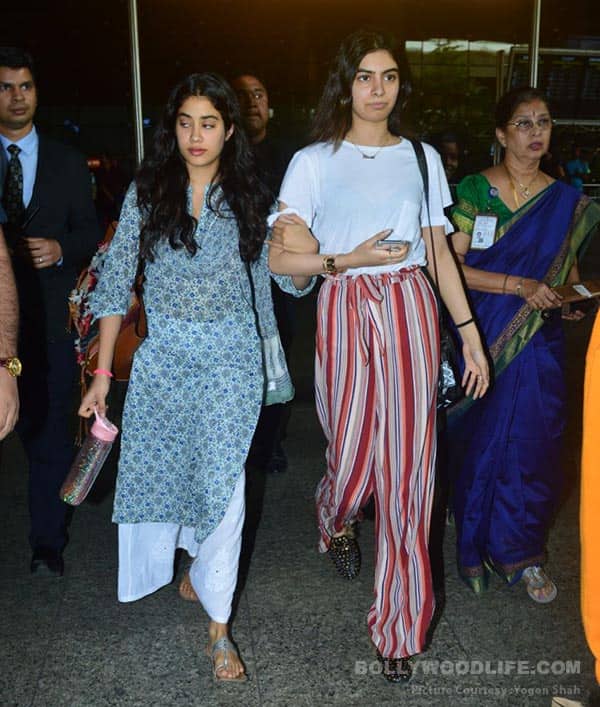 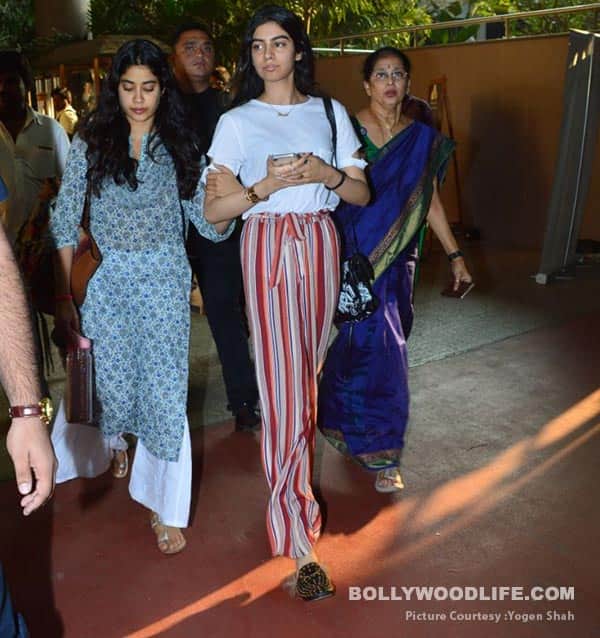 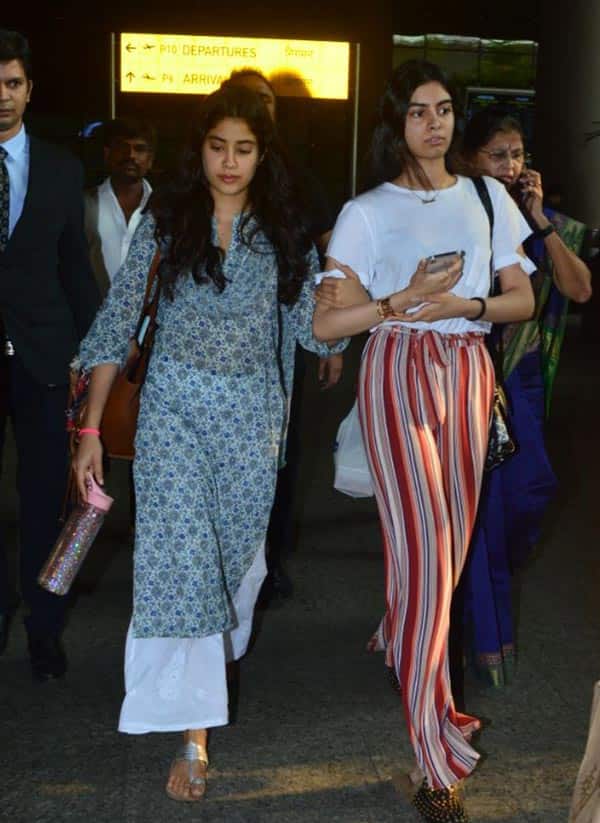 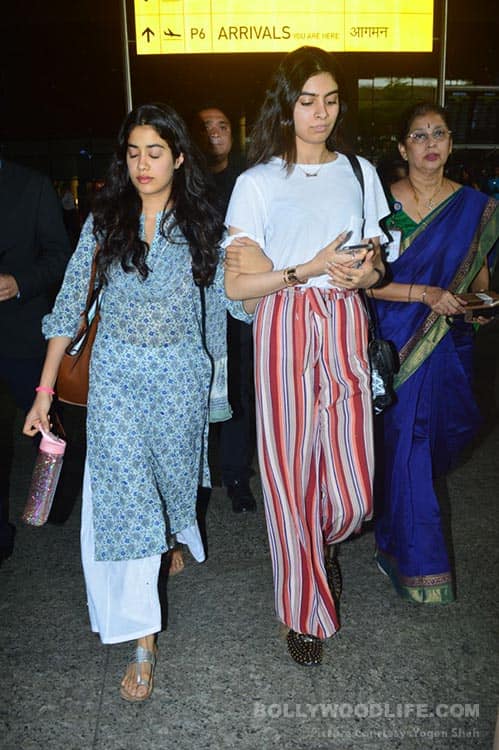 Just like her mother Sridevi, even Janhvi is extremely dedicated to her work. The star kid resumed the shooting of her debut film Dhadak last week. According to a source close to BollywoodLife, Janhvi Kapoor was fully focussed on completing her shots. "Janhvi was very focused and nothing distracted her on the sets. The first scene she shot yesterday (March 08) was really intense and dramatic, but she nailed it in one go. In fact, everyone was so impressed with her act and her focus that they cheered for Janhvi as soon as she completed the shot.”