Janhvi Kapoor reveals Sridevi stopped eating non-veg to force Boney Kapoor quit smoking; 'He gave it up after her demise'

Janhvi Kapoor revealed that Sridevi would keep fighting with Boney Kapoor to give up his bad habit and then she stopped eating non-vegetarian food to make him stop smoking. 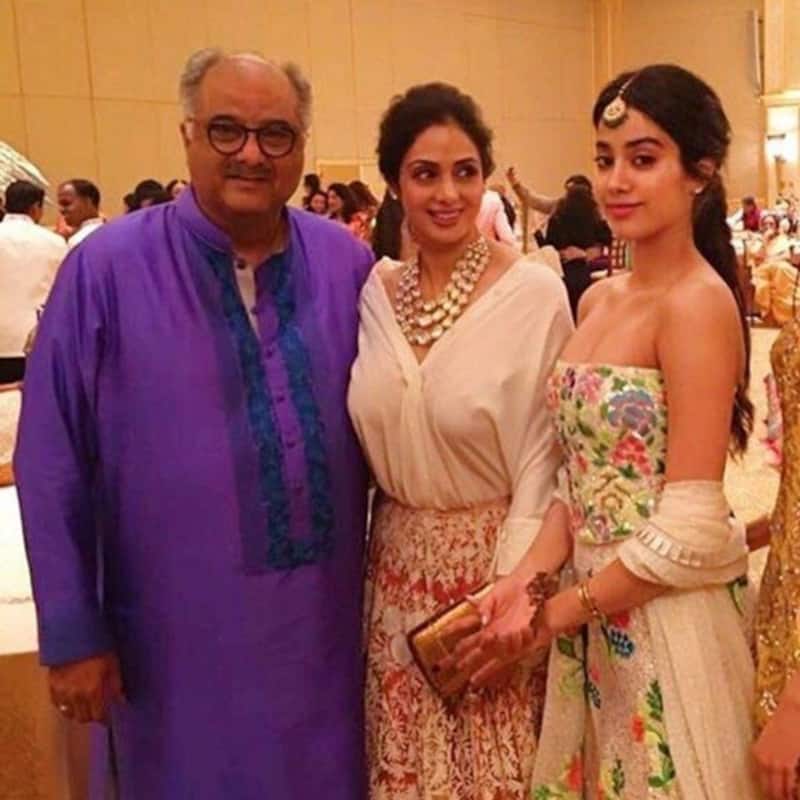 Janhvi Kapoor recently poured her heart out while talking about her late mother and legendary actress Sridevi and how she turned vegetarian in order to make Boney Kapoor quit smoking. She revealed that several years ago Sridevi stopped eating non-vegetarian food despite being advised by doctors as she was weak. Also Read - Nysa Devgn rings in New Year 2023 in Dubai with Orhan Awatramani, Ahan Shetty and other friends [View Pics]

The Mili actress shared that her father got addicted to cigarettes and no one could stop him while they were staying in their Juhu house. It was around the time of No Entry, Wanted that she and her sister Khushi Kapoor would destroy his cigarette packets. They would either cut his cigarettes or apply toothpaste on it but nothing worked out. Also Read - Anant Ambani-Radhika Merchant engagement ceremony: Salman Khan, Janhvi Kapoor, Orhan Awatramani and more celebs had utmost fun; INSIDE PICS are proof

Sridevi would keep fighting with Boney to give up his bad habit. She then decided to stop eating non-beg till he stops smoking. Doctors had told her that she can't just stop eating non-veg but she didn't listen. Boney would beg her but she said no. It was then after Sridevi's untimely demise that Boney gave up smoking. Also Read - Salman Khan birthday party: Shah Rukh Khan, Pooja Hegde, Suniel Shetty and more attend [Watch Video]

"She became vegetarian. She said I won't eat non-veg till you stop smoking and the doctors were like no you are too weak. You need to eat more, and she was like no. And Papa would beg her. And then finally, four-five years ago, he was just like she wanted me to stop. I couldn’t do it then. I’ll do it now,” Janhvi told Pinkvilla.

On the work front, Janhvi garnered appreciation for her performance in Good Luck Jerry. She is now gearing up for her upcoming film Mili. She is also shooting for Bawaal, which also stars Varun Dhawan. Despite all the noise around nepotism, she has had her fair share of emotionally taxing experiences that have added to her performances on a subconscious level in her opinion.