Jawan: Shah Rukh Khan officially announces his film with Atlee, SUPRISES fans with his look in the teaser

Shah Rukh Khan has finally officially announced his next film with Atlee. The movie is titled Jawan and it will hit the big screen in June 2023. Read on to know more... 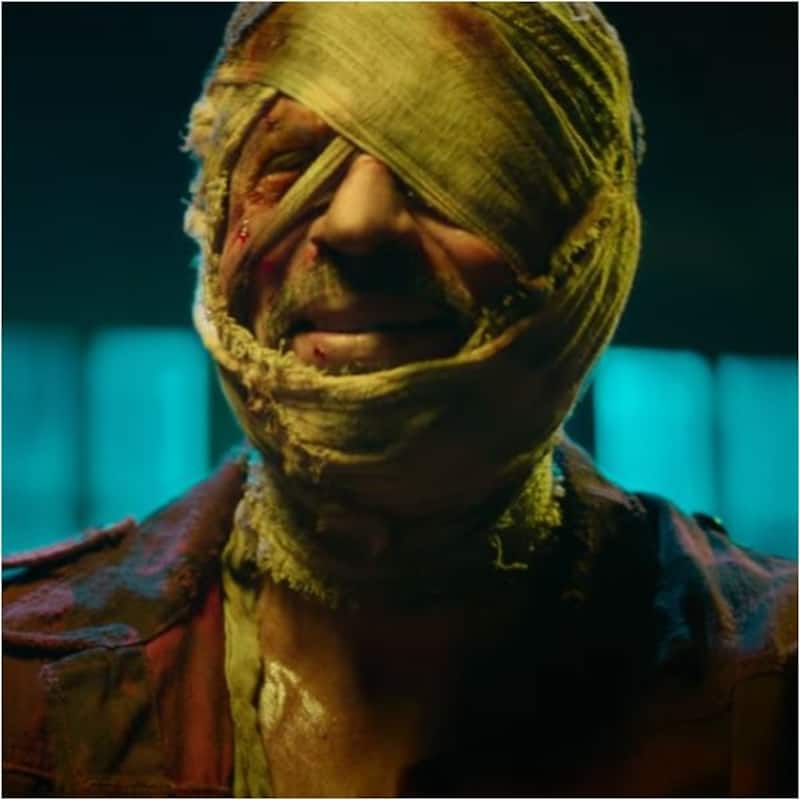 A couple of days ago, there were reports that Shah Rukh Khan’s next with Atlee has been titled Jawan. Today, finally, the superstar has officially announced the film. He shared a teaser of the movie, and one thing that has grabbed everyone’s attention in it is SRK’s look. His face is not clearly visible as half of it has bandages on it. The superstar tweeted, “An action-packed 2023!! Bringing #Jawan to you, an explosive entertainer in cinemas 2nd June 2023. In Hindi, Tamil, Telugu, Malayalam and Kannada. @gaurikhan @Atlee_dir @RedChilliesEnt.” Also Read - Yeh Rishta Kya Kehlata Hai's Harshad Chopda gets candid about marriage plans; says, 'If I marry the way I fall in love then...'

The teaser is damn good and keeps us hooked for those 1 minute 30 seconds. It promises that SRK will be seen in a role that he hasn't done before. Also, the background score in the teaser is terrific. Jawan surely looks like a treat for Shah Rukh Khan's fans as they will get to watch him in a masala entertainer after a long gap. Also Read - BTS V aka Kim Taehyung proves he is a pop fashion icon in Paris - here is a look at his astro chart that hints at global superstardom

Atlee is known for massy films down South, and that's what the audience will expect from Jawan as well. Apart from Hindi, the movie will also release in Tamil, Telugu, Malayalam, and Kannada. Also Read - Avika Gor birthday special: Balika Vadhu fame actress has an outfit for EVERY occasion; gives MAJOR style inspiration [View Pics]

According to reports, Lady Superstar Nayanthara is all set to make her Bollywood debut with Jawan. But, in the announcement video, the makers haven't mentioned her name. Reportedly, the movie also stars Sanya Malhotra, Priyamani, and Sunil Grover.

Apart from Jawan, Shah Rukh Khan has two more films lined up. He will be seen in Pathaan and Dunki. Directed by Siddharth Anand, Pathaan also stars Deepika Padukone and John Abraham. Dunki, which is being helmed by Rajkumar Hirani, stars Taapsee Pannu as the female lead. Well, SRK fans are in for a treat in 2023.